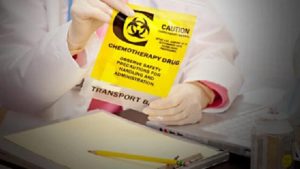 Holistic doctors have said for years that chemo kills. Now the evidence is becoming stronger and stronger that they were right!
The cancer treatment scam that is chemotherapy has once again been shown in the scientific literature to be a major cause of, rather than a cure for, cancer. According to a new study recently published in the peer-reviewed journal Nature, chemotherapy not only promotes the growth and spread of cancer cells by damaging the healthy tissue that surrounds tumors, but it also causes cancer cells to develop full-on resistance to the popular treatment, morphing them into “super” cancer cells.
Researchers from the Fred Hutchison Cancer Research Center in Seattle, Washington, learned this after observing the effects of chemotherapy on healthy cell tissue. What they found is something that we here at NaturalNews have been saying for years, but that the medical system as a whole is only just now waking up to — chemotherapy, which is a recognized poison, damages the DNA of healthy, non-cancerous cells, causing them to produce molecules that in turn produce more cancer cells.
https://nexusnewsfeed.com/article/geopolitics/chemotherapy-actually-increases-cancer-growth-cancer-cells-becoming-resistant-to-treatment-study/