1. The world is trying to keep you stupid. From bank fees to interest rates to miracle diets, people who are not educated are easier to get money from and easier to lead. Educate yourself as much as possible for wealth, independence, and happiness.
2. Do not have faith in institutions to educate you. By the time they build the curriculum, it’s likely that the system is outdated– sometimes utterly broken. You both learn and get respect from people worth getting it from by leading and doing, not by following.
3. Read as much as you can. Learn to speed read with high retention. Emerson Spartz taught me this while I was at a Summit Series event. If he reads 2-3 books a week, you can read one.
4. Connect with everyone, all the time. Be genuine about it. Learn to find something you like in each person, and then speak to that thing.
5. Don’t waste time being shy. Shyness is the belief that your emotions should be the arbitrators of your decision making process when the opposite is actually true.
6. If you feel weird about something during a relationship, that’s usually what you end up breaking up over.
7. Have as much contact as possible with older people. Personally, I met people at Podcamps. My friend Greg, at the age of 13, met his first future employer sitting next to him on a plane. The reason this is so valuable is because people your age don’t usually have the decision-making ability to help you very much. Also they know almost everything you will learn later, so ask them.
8. Find people that are cooler than you and hang out with them too. This and the corollary are both important: “don’t attempt to be average inside your group. Continuously attempt to be cooler than them (by doing cooler things, being more laid back, accepting, ambitious, etc.).”
9. You will become more conservative over time. This is just a fact. Those you surround yourself with create a kind of “bubble” that pushes you to support the status quo. For this reason, you need to do your craziest stuff NOW. Later on, you’ll become too afraid. Trust me.
10. Reduce all expenses as much as possible. I mean it. This creates a safety net that will allow you to do the crazier shit I mentioned above.
11. Instead of getting status through objects (which provide only temporary boosts), do it through experiences. In other words, a trip to Paris is a better choice than a new wardrobe. Studies show this also boosts happiness.
12. While you are living on the cheap, solve the money problem. Use the internet, because it’s like a cool little machine that helps you do your bidding. If you are currently living paycheck to paycheck, extend that to three weeks instead of two. Then, as you get better, you can think a month ahead, then three months, then six, and finally a year ahead. (The goal is to get to a point where you are thinking 5 years ahead.)
13. Learn to program.
14. Get a six-pack (or get thin, whatever your goal is) while you are young. Your hormones are in a better place to help you do this at a younger age. Don’t waste this opportunity, trust me.
15. Learn to cook. This will make everything much easier and it turns food from a chore + expensive habit into a pleasant + frugal one. I’m a big Jamie Oliver fan, but whatever you like is fine.
16. Sleep well. This and cooking will help with the six pack. If you think “I can sleep when I’m dead” or “I have too much to do to sleep,” I have news for you: you are INEFFICIENT, and sleep deprivation isn’t helping.
17. Get a reminder app for everything. Do not trust your own brain for your memory. Do not trust it for what you “feel like” you should be doing. Trust only the reminder app. I use RE.minder and Action Method.
18. Choose something huge to do, as well as allowing the waves of opportunity to help you along. If you don’t set goals, some stuff may happen, but if you do choose, lots more will.
19. Get known for one thing. Spend like 5 years doing it instead of flopping around all over the place. If you want to shift afterwards, go ahead. Like I said, choose something.
20. Don’t try to “fix” anyone. Instead, look for someone who isn’t broken.
http://inoveryourhead.net/20-things-i-should-have-known-at-20/ 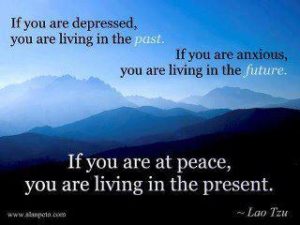 When large vested interests change its definition, that’s when! http://www.thegreenpages.com.au/news/tell-the-accc-that-is-not-free-range/

In the agency’s latest decision, undoubtedly amazing thousands of individuals yet again, the FDA virtually erased 1 million signatures and comments on the ‘Just Label It’ campaign calling for the labeling of genetically modified foods.

If you think the corruption and vested interest has gone far enough and needs to be stopped, here is a petition you can sign:
http://www.causes.com/causes/651070-end-the-fda/

ClearWater, a community-led project that is providing immediate relief to the people of the Ecuadorean Amazon. The same powerful communities that have been waging a 19-year battle to bring Chevron to justice for its toxic legacy in the Amazon are now building safe drinking water systems for themselves. http://ran.org/tell/clearwater/

A Cambridge University research team has claimed proof that Chinese manufacturers put “backdoors” or unauthorised access mechanisms into electronic chips used by the US military.
Using “breakthrough silicon chip scanning technology”, researcher Sergei Skorobogatov said his team had found a “previously unknown backdoor” inserted by the Chinese manufacturer of a chip used by the military.
The chip was encrypted and locked by a key that his team was able to extract, effectively allowing it to be reprogrammed at will or disabled.
Skorobogatov did not name the manufacturer but said the chip’s use was prevalent in many systems used by the military, ranging from weapons, nuclear power plants to public transport. He said the backdoor could be turned into an advanced Stuxnet-type weapon that could attack millions of systems.
But security consultancy Errata Security combatted Skorobogatov’s claims, arguing the proclaimed backdoor was a known method for debugging the chip
www.itnews.com.au/News/302705,researchers-claim-chinese-backdoors-in-us-military-chips.asp

Around May of 1983, approximately 4 MONTHS BEFORE BEING SHOT DOWN in KAL007, Congressman Larry McDonald takes on Pat Buchanan and Tom Braden on Crossfire as they badger him about his new role as Chairman of the John Birch Society. He easily handles them and answers questions concerning the Elite’s Conspiracy for a One World Government. http://www.youtube.com/watch?v=_BPhYEFGaGM