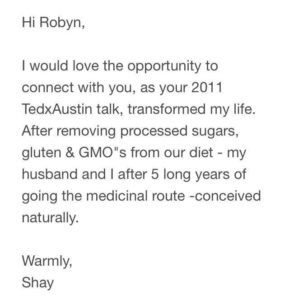 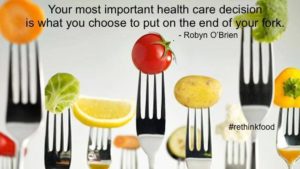 Or in your mouth without forking it!

So fertility is going down, degenerative diseases are going up, toxins are going up, nutrient content of food is going down. Seems like only those who can reduce their toxic load and increase their nutrition will survive.
http://www.reuters.tv/v/$Zw/2017/07/26/male-fertility-drops-50-percent-in-four-decades-report 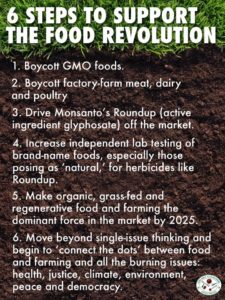 We need to defend ourselves and our families by buying organic and truly natural foods and products, today and every day. Grow your own food. Build up local food hubs and community capacity. Support economic justice campaigns so that poor and minority communities can afford and gain access to organic foods. Reach out to others and get organized. Don’t just mourn or complain, resist and boycott!
http://orgcns.org/2uSr4FX 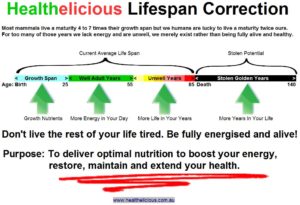 I must share with you the results of an experiment I have run on myself for the last 8 weeks.
In May I was preparing to leave my full-time day job as an analyst and take on a counselling course. This was going to be pretty intensive. From 9:30 am to 6:00 pm I would be giving or receiving counselling.
I did not want in any way, shape or form my mental accuity and energy level, or rather, lack of them, to be a hinderance to attaining the most gain in the shortest time. So I thought, why don’t I take my nutrition up even futher from where it is and see what I can accomplish?
I resolved to start my day with a fruit smoothie with double the dose (20 grams) of my nutrition powder added and wash it it down with a fruit slice or chocolate and macadamia rocky road.
That would deliver at least 40% of the minimum daily requirement of over 20 vitamins and minerals.
For lunch I planned to have two of my bars and wash them down with a chocolate and macadamia rocky road or a chocolate and fruit slice.
The two bars would deliver at least 50% of the minimum daily requirement of over 20 vitamins and minerals.
That meant by 12:30 I would have ingested 90% or more of my minimum required nutritional intake.
If I needed it I would have a bar or a slice for afternoon tea. I planned to ead a “regular” meal for dinner.
I am surprised (and a little disappointed) to report that for the last 8 weeks I have been going at it hammer and tongs each day from 7:20 am and still not feeling tired until 11:00 pm!
The disappointmnet is that I thought my nutrition prior to starting this regime was adequate.
It obviously was not as what I am finding on this supercharged nutrient intake is that while I do get hungry through the day I am not at all tired antil at least bed-time.
So if you are at all tired before bed-time, my question to you is, “Are you prepared to experiment for 6 weeks by changing your diet to see if you can enjoy more energy and, potentially, better health?”
If the answer is “Yes!” head on over to www.healthelicious.com.au and stock up! If you want some guidance, give me a call on 02 9552 3311 after 7 of an evening when I am most likely to be free to talk.
Cheers!

If a painting can be forged well enough to fool experts, why is the original so valuable? 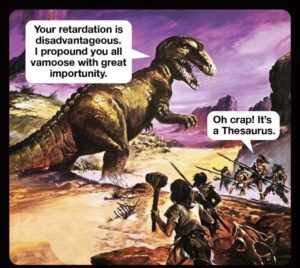 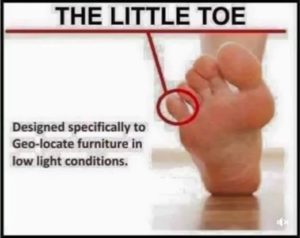 I dunno, my big toe is pretty good at it too. And my soles are great for finding lego pieces in the dark!?

A man wakes up in the hospital bandaged from head to foot.
The doctor comes in and says, “Ah, I see you’ve regained consciousness.
Now you probably won’t remember, but you were in a huge pile-up on the freeway.
You’re going to be okay, you’ll walk again and everything, however, your penis was severed in the accident and we couldn’t find it.”
The man groans, but the doctor goes on, “You have $9000 in insurance compensation coming and we now have the technology to build a new penis. They work great but they don’t come cheap. It’s roughly $1000 an inch.”
The man perks up.
“So,” the doctor says, “You must decide how many inches you want. I understand that you have been married for over thirty years and this is something you should discuss with your wife. If you had a five incher before and get a nine incher now she might be a bit put out.
If you had a nine incher before and you decide to only invest in a five incher now, she might be disappointed. It’s important that she plays a role in helping you make a decision.”
The man agrees to talk it over with his wife.
The doctor comes back the next day, “So, have you spoken with your wife?”
”Yes I have,” says the man.
”And has she helped you make a decision?”
”Yes, she has,” says the man.
”What is your decision?” asks the doctor.
”We’re getting granite kitchen counter tops.” 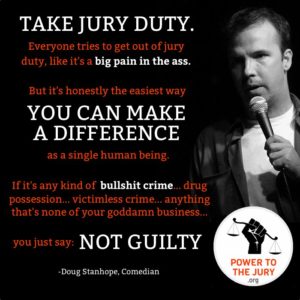 A worthy repeat from 2012… …still as valid today as it ever was, maybe more so. An informed jury prepared to find the accused not guilty if charged with breaking tyrannical laws is our legal and legitimate defence afainst tyranny.
A judge cannot find the accused not guilty of breaking tyrannical laws, only a jury can do that. And they can only do it if they know they can do it. So spread the word. Your freedom might depend on you having a jury of 12 good men and true who know their and your rights!