Depression and mood disorders are devastating health problems today. When you go to your doctor, their answer is often a prescription for one of the various popular anti-depressant drugs. Many doctors do not investigate for metabolic or nutritional deficiencies that may be the ‘real problem’ for your depression. Patients have no idea why they feel so awful or where to start looking for the answer. They expect their doctor to give them real solutions. Instead they get drugs as the easy fix. Drugs are not an easy fix because of the serious side effects that come with taking them. Doctors prescribe these drugs from information they get from the drug sales rep which often is only part-truth. The side effects and dangers of these drugs are down-played or left out altogether.
http://blogs.naturalnews.com/10-nutritional-deficiencies-that-cause-depression-and-mood-disorders/

Watch what happened when a couple of wildlife conservationists decided to put a camera on a remote control car.
http://themindunleashed.org/2013/12/watch-happens-put-camera-toy-car-drive-pride-lions.html 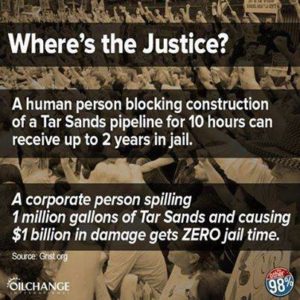 There is none.
This is because we no longer have a justice system. We have an enforcement system for the law. Justice is administered only by a fully informed jury who have the capacity to nullify bad laws. A judge cannot nullify a bad law or find a person not guilty if he “did the deed”.
This situation is no accident. It is a deliberate perversion of the justice administered by the common freeman to further the control of the masses by those who consider themselves the elite.
Judges are preventing lawyers from informing juries of their rights to nullify bad laws. This is treason to the people. 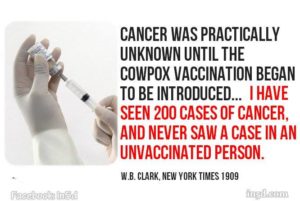 If this is true it seems an horrific tradeoff – a small percentage of people getting measles etc. from which only a small percentage die to the cancer epidemic from which we suffer today where at least a third if not half of all people will get cancer.
I would like to see if this holds true today. If you have you had no vaccinations and have had cancer, please drop me a line.

I have been researching ingredients for inclusion in my Healthelicious energy bars and my Nutri-Blast(TM) nutrition powders. These deliver core nutrition and extra energy but there are many people who have special needs.
I am amazed at the number of natural ingredients (33 for hypertension, 52 for diabetes and weight loss) that have documented research proving their benefits yet are not being combined into a formula. Instead people are being prescribed drugs with scores of adverse side effects.
As a result I am formulating specific blends for what I believe are needed and wanted products. But my opinion does not count as much as yours does. Let me know your opinion on them.
NOTE: If more than one answer applies to a line, click the answer furthest to the right.
Click here to answer the single page survey: https://www.surveymonkey.com/s/RPGTRG5

More and more people are starting to realize that food is really our best medicine. In 90% of all chronic and degenerative diseases, poor diet is either the direct cause or a significant factor. This is especially true for Type 2 diabetes. There is no stage of Type 2 that can’t be helped by making some smart dietary changes. And the earlier they are made, the more dramatic the health improvements will be.
http://foodmatters.tv/articles-1/top-5-diabetes-super-foods 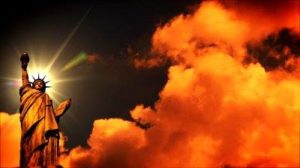 “Educate and inform the whole mass of the people. They are the only sure reliance for the preservation of our liberty.” ~ Thomas Jefferson
This is the key. This is how you achieve victory over the corrupt system WITHOUT having to resort to violence or civil war.
“The supreme art of war is to subdue the enemy without fighting.”
– Sun Tzu, The Art of War

My heart really went out to a girl tonight. over on VacTruth’s Facebook page a mother wrote:
“Okay, I need to vent. I am the mother of a child who was injured by the MMR vaccination. He has a rare form of epilepsy called Doose Syndrome. I have made it my mission to share our story of pain and if healing. However, whenever the topic of my refusal to vaccinate him, or my fully un-vaccinated 15 month old, I am ridiculed and judged.
I have been told I am being neglectful and even uneducated! This being said from the same people who will read the back of their cereal boxes but not the inserts of vaccinations! How do you all keep your spirits up when being so deeply ridiculed? I have even considered NOT sharing our story to protect my family from such harsh and uninformed judgement and hate.
I have no one in my personal life who opts for no vaccinations and am feeling pretty alone here. I feel like one person trying to fend off a pack of wolves!”
For what it’s worth, I replied:
OK mum, please accept a spiritual hug from me!
And another!
I feel your pain.
I well recall 44 years ago trying to convince my immediate senior to implement a change that would have led to greater efficiency and more production only to be told, “No.”
After rephrasing the proposal only to be greeted by the same response I asked, “Why?”
The answer I received rocked my world, “I don’t want to.”
It was my first perception that there was more to the mind than I knew of.
Since then I have studied much and learned volumes.
One of the things I learned is that there are some people so deeply inculcated into the absolute necessity of following authority that they will defend all opposing data and logic with the most extreme vilification. Nothing whatsoever to do with you.
As a matter of fact, a great many people go through life not even looking. You are obviously prepared to look and question. That is so far above where most people are at. Did you see the recent post on Facebook? “Common sense is so rare it should be classified as a super power!”
The ability to set aside one’s opinions, prejudices, beliefs and even data, to actually look at new data is a remarkably high ability.
To then be careful to retain the conviction of your own observation despite it being in conflict with any personal vested interest and despite opposition from others around one is a very high state of personal integrity. Congratulations!
Expect no less than what you are experiencing for that is the low state of most individuals who have been for decades indoctrinated into the subservience to “authority knows best”. For more data on this read Charlotte Iserbit’s book The Deliberate Dumbing Down of America. www.deliberatedumbingdown.com/?
If I may make a recommendation. You mission is not with those people. Sure, I could give you techniques for chiselling cracks in their armour of prejudice, and, if you get really competent with the people whose minds are not so firmly shut that you wish to tackle the hard nuts, come back to me and I will share those techniques with you.
I see your mission to be with those who are not so concrete hardened in their views. Those who are closer to your level of awareness. Those who will listen to your story. Sure they might ask a probing question or ten. But it from interest, not an attempt to find something to discredit.
Any time you are attacked, do two simple things.
1. Say to yourself, “They are not my target public.”
2. Erase that person from your communication lines.
Older societies had a method for dealing with trouble makers like that. They were outcast from the tribe.
No malice. No hatred. No lack of impetus to your forward progress. For you are the fire truck and your mission is to not be distracted by the curs yapping at your wheels. It is to apply some water to douse the deadly fires that consume the health of too many of our young.