Dear Friend,
Right now the National Organic Standards Board is accepting public comments on important issues that will effect the integrity (or lack thereof) of organic standards for years to come. The critical role of the NOSB is to protect the interests of the organic community from attacks by corporate lobbyists sent by Industrial Agriculture and Corrupt Corporate Organic who want to water down organic integrity.
Unfortunately a small number of corporate organic companies are pushing to include soil-less hydroponics, even those imported from Canada, Mexico and Denmark, to be allowed in U.S. organic standards, even though its clearly prohibited and the vast majority of organic family farmers oppose this rule. As organic consumers, we all understand that Healthy Food comes from Healthy Plants grown in Healthy Soil. Soil is and must forever be the foundation of organic farming.
Even worse, an Organic Trade Board member and UNFI lobbyist is now openly pushing to allow new genetic engineering techniques such as gene editing and CRISPR to be included in organic, even when they haven’t been proven safe. This is an outrage, not only are the undermining the soil foundation of organic, but now they want to include new genetic engineering techniques to be allowed in organic.
Take a stand to protect organic standards! Organic farmers need your help today.
http://action.fooddemocracynow.org/sign/dont_let_corporate_organic_destroy_organic_Standards/?referring_akid=1937.481082.HilzPy&source=taf
Every voice counts!

I just signed the petition “Wikipedia: Call to action to update Homeopathy at Wikipedia” and wanted to see if you could help by adding your name.
https://www.change.org/p/wikipedia-call-to-action-to-update-homeopathy-at-wikipedia 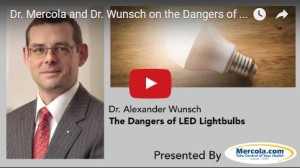 Dang! Just got rid of the CFC due to their mercury content, replaced them with LEDs, then I learn this!
http://articles.mercola.com/sites/articles/archive/2016/10/23/near-infrared-led-lighting.aspx 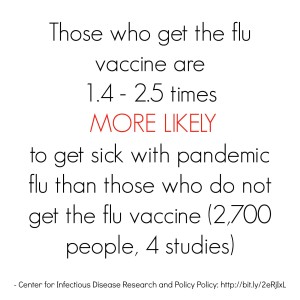 Read the article for some interesting variations on exercises that deliver increased benefits.
http://fitness.mercola.com/sites/fitness/archive/2014/10/31/7-best-strength-training-exercises.aspx 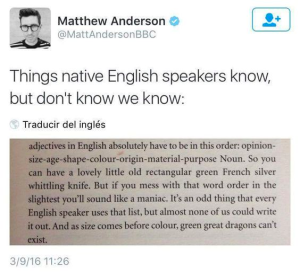 All the way down the long and often tortuous path of history there have been men who sought to inflict by force their views on others.
Long term, that practice always fails.
When you gradually or rapidly remove from an individual the right to self-determinism, the end result is slavery.
Slave societies do not last.
Societies last longest that are built on a stable, solid foundation of strong men and women of intelligence, courage and integrity who respect the rights of others and defend their own and other’s life, liberty, property and reputation.
Those men desire and deserve freedom.
For themselves and others.
They seek not to enforce their own choices and personal preferences on others.
They know that a person does best when unrestricted and free to pursue his higher purposes.
There is a debate raging at present over the rights of the individual parent to make what he or she believes to be the best informed decision for their child’s health and welfare.
It is patently wrong for ANYONE to mandate the health choices an individual makes for him or herself or their family.
The individual and their parent has an innate awareness of their own or their child’s body and how and to what it responds.
Positively and negatively.
So the idea of forced medication was determined at Nuremburg after World War II to be a war crime.
That single fact should be enough to lay the entire mandatory vaccination argument to rest in the grave of bad ideas.
But in case not, let’s look at each of the premises and principle arguments of the pro-vaccination protagonists and look at the readily available counter-arguments.
For the choice of whether or not to vaccinate their children should not be only available to the rich who can get by without government payments.
Where there is a risk their should also be informed consent and uncoerced freedom to choose.
If a parent cannot survive economically without government assistance and the government says “No jab, No Pay” then that individual has been financially blackmailed.

Look past the lies and get to the truth.
https://www.youtube.com/watch?v=lItV2Z_EmW8