Paul Craig Roberts January 28, 2018
Last year I was awarded Marquiss Who’s Who In America’s Lifetime Achievement Award. This did not prevent a hidden organization, PropOrNot, from attempting to brand me and my website along with 200 others “Putin stooges or agents” for our refusal to lie for the corrupt, anti-American, anti-constitutional, anti-democratic, warmonger police state interests that rule the Western World.
The only honest, factual media that exists in the Western World today are the names on the PropOrNot list of “Putin agents.”
The purpose of ProOrNot is to convince Americans that freedom of speech must be halted by destroying fact-based Internet media, such as this website and 200 others that provide factual information at odds with Big Brother’s universal brainwashing as delivered by CNN, NPR, the New York Times, the Washington Post, and the rest of the utterly corrupt presstitute media, a collection of scum devoid of all integrity and all respect for truth.
A conspiracy of US government agencies, tax-exempt think tanks funded by the ruling interests, and media acting in behalf of a war and police state agenda work to shape perceived reality as it is described in George Orwell’s book, 1984, and in the film, The Matrix. Controlled perception-based reality is only a Facebook “like” away from killing one person or one million or elevating a liar or the warmonger responsible for the killing to hero status or to the control of the CIA or FBI or the US presidency.
Here on OpEdNews is an article by George Eliason that reports on who exactly PropOrNot is and who is underwriting the disinformation that is PropOrNot.
https://www.opednews.com/populum/printer_friendly.php?content=a&id=219560
Eliason’s article is long and documented. It demonstrates the organized conspiracy against truth that exists in the Western World. Nothing stated in the Western presstitute media and no statement by any Western government or subservient vassal state can be trusted to comply with the facts.
Truth is the enemy of the state, and the state is eliminating the truth.
Peoples in the United States, Europe, Britain, Canada, Australia, New Zealand, and the various vassal states, such as Japan, all live day in, day out, an orchestrated lie that serves interests directly opposed to the interests of the peoples.
Governments that do not rest on truth rest on tyranny. 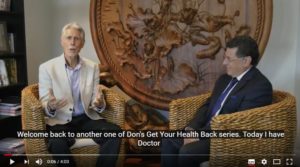 Mind blown!
I knew that cholesterol was a complete red herring, just an excuse for drug companies to marking statins, as
1. more people my age and older die from heart disease with low cholesterol than high and
2. statin drugs INCREASE the risk of people dying from heart attack.
But this is some AMAZING data!
https://www.youtube.com/watch?v=uuu0A1uFQjg 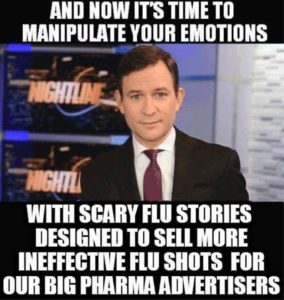 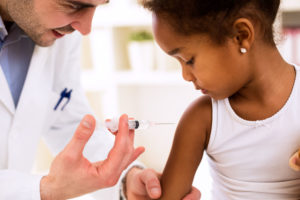 With the flu season hysteria nearing its peak, millions are being driven to vaccination as a ‘preventive’ approach. Those who abstain are often accused of being uneducated or worse, socially irresponsible “anti-vaxxers.” Nothing could be further from the truth.
http://www.greenmedinfo.com/blog/shocking-lack-evidence-supporting-flu-vaccines

To my American buddies:
Why is Toxic Oil Wastewater Being Used To Grow Your Food?
https://www.foodandwaterwatch.org/JustBanIt 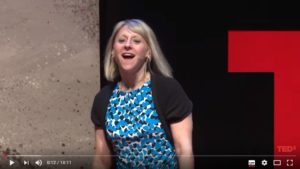 This week I received an email extolling the virtues of ditching the carbs to rid diabetes and saw another video promoting doing nearly the opposite! Sheesh! Both research proven with great results. I really feel for anyone trying to get knowledgable in the area of health and nutrition.
My takeaway froom it is that you have to do what I have been telling people to do for years. “Nobody has all the pieces of the jigsaw puzzle, despite the conceit of many in the medical industry. You have to try various things to determine what works best for your combination of mind, body, spirit.” So take both of the below videos with a carton of salt until you test each technique yourself.
1. Reversing Type 2 diabetes starts with ignoring the guidelines | Sarah Hallberg
Eat more fat and less carbs.
https://www.youtube.com/watch?v=ktQzM2IA-qU
2. Tackling diabetes with a bold new dietary approach: Neal Barnard at TEDxFremont
Cut the animal fats!
https://www.youtube.com/watch?v=da1vvigy5tQ 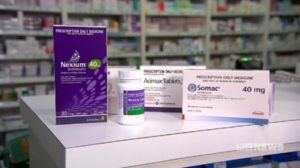 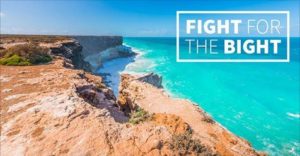 We should encourage these companies to get behind clean energy, not this!
Right now, multinational oil companies are still moving ahead with their dangerous plans to exploit the fossil fuel basin in our Great Australian Bight. HELP STOP THEM BY SIGNING THE PETITION HERE:
https://fightforthebight.wilderness.org.au/sign 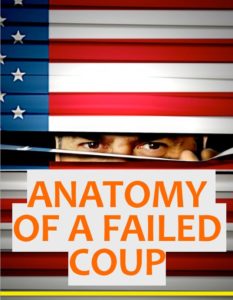 This is a great article written by a widely published author friend of mine! A well referenced, damning indictment of Trump’s openents in the Deep State and Democrat camps.
If you are American, please add your voice to the call for justice!
http://www.tlat.net/Images/FBI_Jan_2018.pdf
The site where the mag is published is www.thehardtruthmag.com
This issue is a freebie, but if People want to subscribe they can go to www.thehardtruthmag.com