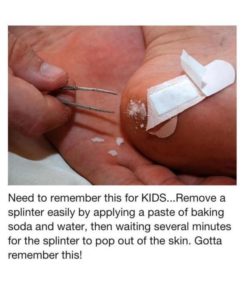 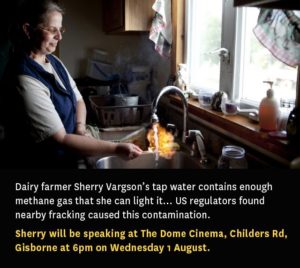 Let’s make the environment even more dangerous so people will be more fearful and they will accept even more tyranny to preserve their “safety”. 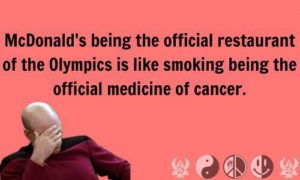 …Have a read of these articles. The first is from http://j.mp/T0XYLH
Hey everyone, we’re going to be deleting our Facebook page in the next couple of weeks, but we wanted to explain why before we do. A couple months ago, when we were preparing to launch the new Limited Run, we started to experiment with Facebook ads. Unfortunately, while testing their ad system, we noticed some very strange things. Facebook was charging us for clicks, yet we could only verify about 20% of them actually showing up on our site. At first, we thought it was our analytics service. We tried signing up for a handful of other big name companies, and still, we couldn’t verify more than 15-20% of clicks. So we did what any good developers would do. We built our own analytic software. Here’s what we found: on about 80% of the clicks Facebook was charging us for, JavaScript wasn’t on. And if the person clicking the ad doesn’t have JavaScript, it’s very difficult for an analytics service to verify the click. What’s important here is that in all of our years of experience, only about 1-2% of people coming to us have JavaScript disabled, not 80% like these clicks coming from Facebook. So we did what any good developers would do. We built a page logger. Any time a page was loaded, we’d keep track of it. You know what we found? The 80% of clicks we were paying for were from bots. That’s correct. Bots were loading pages and driving up our advertising costs. So we tried contacting Facebook about this. Unfortunately, they wouldn’t reply. Do we know who the bots belong too? No. Are we accusing Facebook of using bots to drive up advertising revenue. No. Is it strange? Yes. But let’s move on, because who the bots belong to isn’t provable.
While we were testing Facebook ads, we were also trying to get Facebook to let us change our name, because we’re not Limited Pressing anymore. We contacted them on many occasions about this. Finally, we got a call from someone at Facebook. They said they would allow us to change our name. NICE! But only if we agreed to spend $2000 or more in advertising a month. That’s correct. Facebook was holding our name hostage. So we did what any good hardcore kids would do. We cursed that piece of shit out! Damn we were so pissed. We still are. This is why we need to delete this page and move away from Facebook. They’re scumbags and we just don’t have the patience for scumbags.
Thanks to everyone who has supported this page and liked our posts. We really appreciate it. If you’d like to follow us on Twitter, where we don’t get shaken down, you can do so here: http://twitter.com/limitedrun
And in the comments they linked to another write-up of an interesting experiment with Facebook advertising: http://www.bbc.com/news/technology-18819338
And another: http://www.searchenginejournal.com/facebook-ads-what-are-you-really-paying-for/46194/

These airline pilots protested the release of chemicals in what are dubbed chemtrails. They do not look much like a bunch of tinhatted conspiracy theorists to me. 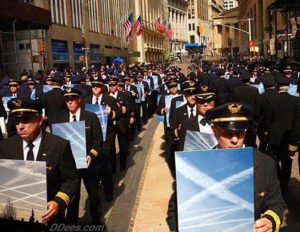 Around the world, honey bees have been vanishing at an alarming rate. Since bees not only provide honey, but are also vital for pollinating crops, this is not only distressing, it also puts agriculture at risk. The reasons for this decline are still unknown, but a Florida-based company claims to have found a solution in the form of a concentrated organic feed supplement. BeesVita is purported to not only protect bee colonies in danger of collapsing, but actually causes them to grow and thrive.
http://www.gizmag.com/beesvita/23496/