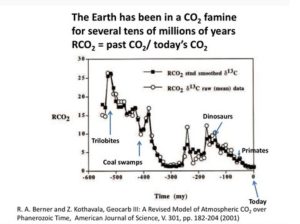 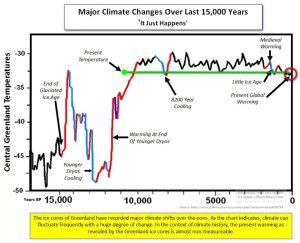 Carbon dioxide has been draining away over the ages and a recent recovery to 410ppm may not be enough. Long-term decline could hit 150ppm once the warm Holocene ends. It fell to 180ppm only 10K yrs ago. A collapse in CO2 to 150ppm would end life. This is the real peril – not global warming. 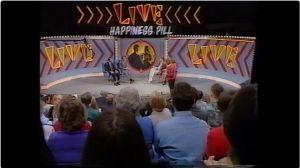 Brilliant video on how to restore aquifers. Permaculture Instructor Andrew Millison explains the different types of aquifers and the overall strategy for recharging depleted water tables. 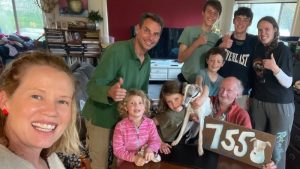 Read and decode if you want to support this petition to release an Australian who has committed no crime from prison.

This is a great article with lots of salient points made. 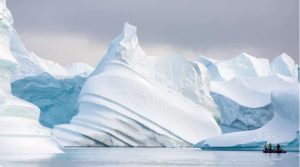 When global sea ice dropped sharply 10 years ago, there was no end of stories of the coming climate catastrophe. But the more recent dramatic recovery in sea ice has gone strangely unmentioned and ignored. 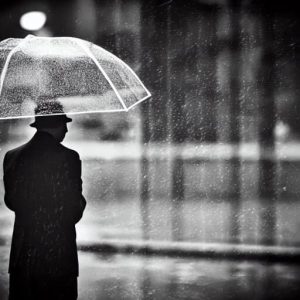 A friend reports: Listening to the weather report on the ABC this morning they said this is the first Spring in 30 years when we didn’t have a daytime temperature reach 30°

The axis dots on the graph form a circle and show the years axis tilt variation. This chart shows the wobble, tilt and drift from Earth’s normal axis point from 2013 to today.

Over the year the North Pole forms a circle when viewed from above the ecliptic. This graph shows Earth’s wobble as seen from above. (See charts and graphs in comment section.)

Also this year we see Earth is making an extremely wide turn in its radius and is at its furthest distance EVER from its normal position from 2013, (its Zero Axis point of 2013).

Sudden and dramatic uptick in powerful Earthquakes over the magnitude of 6.0 since November 9, 2022. Link:
https://www.volcanodiscovery.com/earthquakes/quakeometer.html

Data plotted on the graph is from the Paris Observatory IERS Centers.

The little black arrows indicate the position of where the x, y pole positions were the years prior on June 22. That’s the last day this chart was updated by the previous researcher.

Note: “The reason the arrows are on the graph is so we can see the difference in wobble from year to year (the distance to no wobble in the center).

The center that says zero axis wobble does not mean no tilt. The axis itself is tilted and produces the seasons, so even with no wobble we still have seasons. The drift really is the slight variations in the axis which is already tilted and wobbling.”

Unreal video of upward lightning captured in Kansas by Taylor Vonfeldt aka @therealskicast on a Instagram.