From a newsletter I receive from Nutrition and Healing
Our regular readers know that we don’t shy away from a little debate or even an outright brawl with mainstream medicine when it comes to the best way to keep you healthy.
While some debates are worth having, others are just silly. So let’s hope that a massive new study on folic acid finally puts to bed one of the silliest debates of all.
For years, we’ve been telling you that some folks in mainstream medicine have never met a vitamin or other natural product that didn’t frighten them. That’s because as more people turn to these natural, time-tested remedies, the Big Pharma gravy train rolls to a halt.
So some mainstream doctors and medical researchers have been trying to scare people away from supplementing with folic acid, a natural and beneficial B vitamin.
Folate, the natural form of folic acid, is necessary for cell growth and division, which led some to concoct a ridiculous theory that folic acid must somehow raise your risk of cancer.
A new international study has exposed that theory for exactly what it is — pure nonsense. A team of researchers analysed 13 separate trials involving 50,000 people to see if daily supplementation with folic acid led to an increased cancer risk.
After five years, the researchers tallied who developed cancer and found no significant difference whatsoever between the group that took folic acid and the group that took a placebo.
There was no increased risk of colon cancer. No increased risk of prostate cancer. No increased risk of lung or breast cancer.
You get the picture.
I’m hoping that this new research will open people’s eyes to a truth we’ve been sharing with you for years — folic acid actually helps PREVENT cancer. That’s not just a theory — that’s a fact that’s been confirmed by extensive research.
Numerous studies have shown that folic acid is effective in reducing your risk of developing breast, colon, ovarian, pancreatic, and a host of other cancers. In fact, Dr. Wright calls folic acid, vitamin B12 and zinc the “three most important nutrients in any cancer prevention programme.”
As part of a cancer-prevention regimen, Dr. Wright recommends folic acid (1-5 milligrams daily), vitamin B12 (500-2,000 micrograms daily), and zinc (30 milligrams of zinc picolinate, along with 2 milligrams of copper daily).
Give this routine a try, and you’ll learn a secret that many in the mainstream have been slow to accept — when it comes to cancer prevention, folic acid may be the best friend you have.

Recent research has confirmed our suspicion that green is good, especially in urbanised areas.
According to the study by the University of Exeter, UK, living in an urban area with relatively high levels of green space can have a significantly positive impact on well-being (about equal to a third of the impact of being married), along with improving mood and cognitive functioning.
By examining data from a national survey that followed UK households over time, researchers found that individuals reported less mental distress and higher life satisfaction when they were living in greener areas.

Hong Kong has gone into hyper inflation big time; 50% increase in staple foods this week!!! It came right after a modest decrease = scumbags! The big banks, Standard Chartered, Bank of China and HSBC are issuing new millions of HK$ notes monthly. Inflation in supermarkets has been running at about 8% a month for more than a year, yet the HK Government official rate for the past year was only 4%. Liars figure and figures lie. Many are predicting mass civil disobedience here, perhaps by the end of the year. Rents have increased 100% in the past 12 months also. On September 1st, 2011 HK workers got a basic wage increase of 5% HKD$ to HKD$28 an hour, on the same day rents across the board increased 50%. 10 months later rents increased another 50%. On May 1, 2013 International Labour Day HK workers will get an extra HKD$2 an hour, I suspect that there will be another 50% rent increase.
Mainland China’s State Owned Enterprises are investing massive sums into building properties for the elite here. The Hong Kong government, AKA Jardines, subsidary of East India Trading Co has built 1000s of high rise cheap “public housing” yet many of them, completed, lie vacant. These are Agenda 21 residential boxes adjacent “public transport” terminals. My flat, which measures 4 X 2.5 M, will cost you a tad over AUD$1 Million!!!
You want to see Agenda 21 operating in full swing? Come to Hong Kong. The HK Government as of end of financial year 2011 – 2012 had a cash surplus of HKD$3 Trillion!!! Although the figures have not been released it looks like the HKD$3 Trillion will be 2 or more Xed owing to the HK being the world’s premiere and safest Gold Trading Market. HK is awash with Black Cash.
And to top off the list of achievements here, not only do we have the world’s tallest building, HK has the coveted “Most Polluted City in the World” rating. What was, just a couple of years ago, one of the most beautiful harbour cities in the world has won the prestigious title, finally! Which picturesqe city will take out the coveted first place? The bets are on…
While all eyes are on the USA, oops a slip, America, the great cities and countries of the world are going under at alarming rate yet no one knows. Thank you, Rupert. Please don’t tell any one about my slip, will you. Seriously. How did the USA become America? I can’t find
it on any maps. Must be coming to an Atlas near you quite soon, I suspect.
Keep on the great work on your Newsletters and FB.
And then I read this on Facebook:
John Truman Wolfe: The gold and silver shake out last week was to scare people out of the market (so the manipulators could buy more.) My opinion = Hell of a buying opportunity. 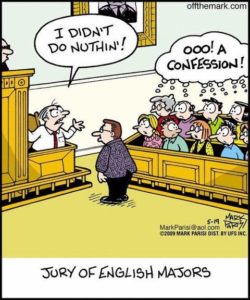 It does look like a resounding, spectacular success. During this year’s neonicotinoid-free maize sowing in Italy hardly a bee colony has been lost, bar a suspicious case where some leftover seed from last year may have been used.
The ban on the insecticide-soaked seed coating enforced by the Italian government last year seems to have worked wonders, judging from the freshest data collected on the ground by researchers, beekeepers and regional authorities alike.
We are now anxious to ensure that the temporary ban of neonicotinoid seed coating becomes definitive. Over the past few days we got news of devastating cases of bee mortality in some citrus groves of Southern Italy, which had been sprayed with one neonicotinoid.
http://www.youris.com/Environment/Bees/Bees_restored_to_health_in_Italy_after_this_springs_neonicotinoidfree_maize_sowing.kl

Picture this: quite possibly the most important street photographer of the 20th century was a 1950s children’s nanny who kept herself to herself and never showed a single one of her photographs to anyone. Decades later in 2007, a Chicago real estate agent and historical hobbyist, John Maloof purchased a box of never-seen, never-developed film negatives of an unknown ‘amateur’ photographer for $380 at his local auction house.
http://www.messynessychic.com/2013/02/18/found-at-auction-the-unseen-photographs-of-a-legend-that-never-was/ 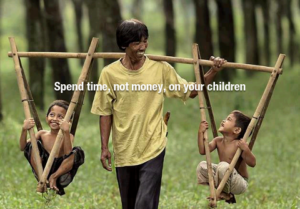 It is good for both of you!

Tell me again how you think immunisation is the optimum solution for your child when autism, and a great many other health problems, are related to vaccinations?
The body runs optimally when fed a diet of genuinely nourishing food that does not contain toxins, is not living in a polluted environment, is allowed to develop natural immunity through exposure to normal pathogens and not filled with a toxic chemical cocktail via vaccinations designed to make the drug companies tons of money at the expense of our children’s health.