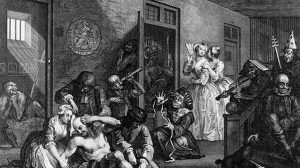 I’ve written about it before. What other medical specialty is allowed to FORCE patients to accept their treatment? Cancer, maybe? Yes, sometimes. Big Pharma has done such a strong propaganda number to persuade legal authorities that only the “proper” treatment of cancer can be administered and that nobody is allowed to refuse when challenged, according to the court’s position.

It’s reminiscent of the Bill Gates gangs roaming Africa and forcing parents, at gun point, to have their children vaccinated. It’s another example of those in control being able to dictate modern medical treatment… because it’s so good, so perfect, only an idiot would refuse it.

But when “treatment” means you are turned into a non-person, with no rights and no dignity, I shudder. The thought of patients being forcibly incarcerated, against their will, and subjected to crude barbarism under the guise of medicine, I want no part of it.

Let’s be clear: I sectioned* several patients in my younger years (much younger; 20-something!) so I have accepted that, at times, a patient must be restrained from hurting themselves, or others. But I have had no vote in the subsequent procedures which were applied.

Usually, compulsory admission occurs when the patient will not cooperate. Section 2 of the UK Mental Health Act allows for the patient to be detained for 18 days, while the doctors figure out the situation and issues. [Section 3, which involves treatment that can only be given in hospital, lasts for up to six months, and can be renewed].

The USA, of course, and other countries, have their own variations on this way of dealing with what I call the “acutely distressed” patient.

Let’s consider a typical case from Jacob. M Appel’s 2019 book, Who Says You’re Dead? Medical & Ethical Dilemmas for the Curious & Concerned. It concerns a patient called Carolina (a false name, of course). She is a 60-year-old woman and has a history of schizophrenia. She has been admitted to psychiatric hospitals more than 30 times for paranoia, auditory hallucinations, and bizarre behavior. Auditory hallucinations, in this context, means hearing “voices”.

Usually, once Caroline was stabilized on medication, her symptoms resolved and she was able to return to the group home where she lives. Yet the medications make her feel “numb” and “stupid,” and she is unwilling to take them voluntarily. “I’d rather be psychotic than stupid,” she tells one of her psychiatrists.

One time immediately after being discharged from the hospital, when she was still on medication and asymptomatic, Carolina found a lawyer who helped her draft a document called a “psychiatric advance directive.” In the document, she affirms that if she again becomes psychotic, she does not want to receive any medication. She is willing to be forcibly admitted indefinitely, if need be, to protect the public and prevent her from self-harm, but she says she does not want to be medicated under any circumstances.

She also recorded a video to go along with the document. “Please don’t believe me if I change my mind,” she says on the video. “When I’m in the hospital, sometimes I’ll say or do anything to get out. But that’s not the real me speaking.”

Carolina’s lawyer arranged for two psychiatrists to evaluate her at the time she signed the document. These psychiatric evaluations are preserved on video. Both evaluators agreed that she was asymptomatic and thinking rationally.

As soon as the document was signed, Carolina stopped taking her medications and rapidly became psychotic again. She was taken to a psychiatric hospital where the doctors sought a court order to medicate her forcibly.

Doctors subscribing to the magazine which featured this case were asked, “Should the court honor Carolina’s document” and “Should doctors be allowed to forcibly medicate her?” An astonishing 32% said YES to question #1 and 38% said YES to question #2. (I’m pleased the majority at least granted Carolina the status of a human).

So what is the humane—even medically correct—thing to do? The patient’s wishes are clear. She needs treating with respect and accord, not as a “nutty”  woman. Clearly she hates the medication; she should not be forced to take it.

Most anti-psychotic medication, as it’s called, is pretty destructive to anyone’s state of mind. Imagine a person rather being sick than taking the “approved” medicine. That tells you how bad these drugs are.

[Continue To Read Online If You Prefer…]

Anyway, I have covered these problems and many more in my bumper book called Psychiatry Without Drugs. Reading it will probably shatter your illusions about psychiatrists and psychiatric care. It’s pretty grim; once you get in the system you may never come out. 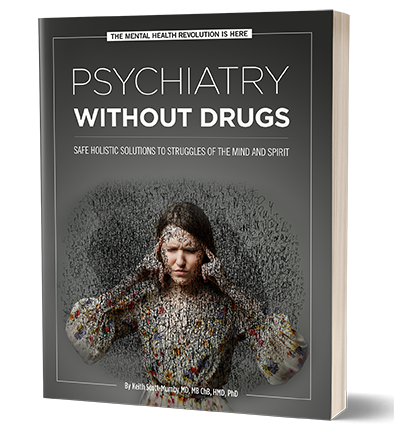 The basic premise of the book is pretty shattering anyway: I argue that almost ALL so-called psychiatric issues are actually physical illness in disguise. This can mean vitamin deficiencies (vitamin B3 deficiency, for example, leads to pellagra and acute mental distress—we medical students learned it as “dermatitis, diarrhea and dementia”); hormone imbalances can drive people crazy (especially women); food allergies, where I made my name in decades past, is a chronic and very common cause of depression, anxiety states, ADD, ADHD, and even schizophrenia; parasites and stealth pathogens, of which Lymes is one of the worst mimics for all kinds of conditions, can take their toll; and chemical pollution and EMFs, although largely ignored, are MAJOR causes of mental disorders.

If you want “The Bible” on mental health disorders and their true physical origins, you need this book. It can save lives (avert suicides) and prevent unjust incarceration.

And yes, there is a whole section on how to treat acutely distressed patients. Meaning NOT treat them; just nurture and support them, with a calm, quiet, non-threatening environment. Psychiatric wards? They are just about the most threatening and scary places you could imagine.

And half the staff and doctors are crazy too; murderous even. Oh yes, there are stories and I don’t hold back: big fat nurses who sit on patients and stop them breathing, until they are dead; women patients raped; patients in straight jackets literally tortured for the amusement of the staff.

The truth is that psychiatry is a profession “wanting of humanity”. You may have heard the term “Bedlam”. It’s a contraction of St. Mary of Bethlehem, an infamous Victorian hospital for mentally sick patients in London. In June 1816 Thomas Monro, Principal Physician at Bedlam, resigned as a result of scandal when he was indeed accused of ‘wanting in humanity’ towards his patients. 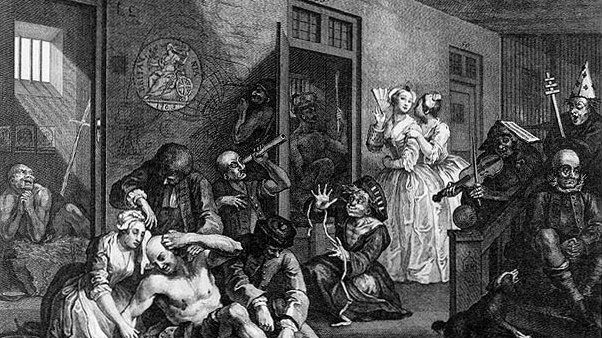 Well, I’ve got news for those who are not keeping up to speed in this field: NOTHING HAS CHANGED. 20th century mental hospitals (now 21st century, of course) are little different from the St Mary Of Bethlehem precedent. It’s all done by prescription today, that’s all. The locks are still in place.

The jailers and torturers are licensed incompetents, many of who, to their shame, are trained MDs who should be able to recognize the signs of physical disease.

You might argue that hitting people over the head with a chemical cosh is kinder than physical pain; a moot point. You read above what patient Caroline had to say about that!

What is unarguable is that most modern psychiatric drugs are worthless and most are greatly damaging. The multi-billion dollar fraud of drugs used to treat non-existent medical diagnoses must be stopped urgently and at all costs, before more patients are injured and perhaps permanently damaged.

Meantime, if you have any care to know the TRUTH that lies behind the madhouse of modern psychiatry, get yourself a copy of the book.