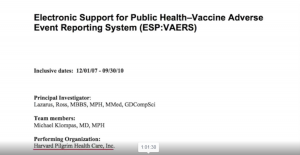 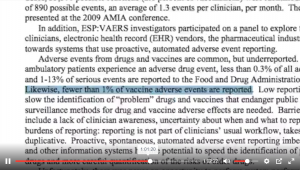 There are many scientific truths violated by the declaration of an emergency and the resulting handling of it by the government. The fact that the infection and death rates are almost the same as the seasonal flu, that it was planned for several years in advance per documents obtained and there are 19 patents granted from 1998 to present time on the composition of the SARS Coronavirus 2 prove that the whole exercise is a planned scamdemic. The fact that the governments around the world that have promoted the use of Ivermectin and Hydroxychloroquine (India and Central African states) and/or dropped social distancing/masking/lockdowns (FL and Northern Eu) with resulting drop in case rates, hospital admissions and covid deaths, the artificially and fraudulently inflated case and death rates, the use of a PCR test stated by its inventor (Kary Mullis) and proven in court (Portugal) to be unfit for the purpose (now withdrawn by the CDC) and the plan outlined in the Rockefeller Lockstep document from 2010 and Klaus Schwab’s book Covid: The Great Rest all add up to it being a complete hoax from beginning to… we’re not at the end yet but to present time. The whole thing is a scam to to induce a fear created psychosis in the population, sell fake vaccines and usher in the NWO. 85% of the people dying in the UK and Israel are double vaccinated. The fake experimental vax neither confers immunity nor prevents transmission yet it harms millions with adverse effects and kills tens of thousands while being mandated while not yet finished trials is a contravention of the Nuremberg Code.

Facebook’s constant flagging of vaccine related posts with the lie that vaccines are tested for safety and efficacy and constantly monitored is another fabrication as adverse event reporting is actively discouraged by many in the medical profession and ignored by those like the TGA and CDC that are supposed to be looking out for the best interest of the general public rather than their drug company sponsors.

According to a Harvard Pilgrim study of VAERS (the Vaccine Adverse Events Reporting System) in the US, it is estimated LESS THAN 1% of adverse events are reported on VAERS.

As of this writing about 20,000 deaths and hundreds of thousands of adverse events are reported on VAERS related to COVID jabs.

If the 99% under-reporting found by the survey holds true (and, reading reports from people who advise doctors refuse to report because they do not believe the jab could harm or are too busy to spend the 40 minutes it takes to report an adverse event) the true figure is probably 100 times more than those. That’s two million deaths and tens of millions harmed.

Those figures make persisting with this mandatory vaccine program akin to genocide.

But if the Power Elite through the IMF and WEF get their way, those deaths could be just the very tiny tip of a very large iceberg. The time to avert a disaster is well before it has begun and this one is well under way.

Which is why I strongly encourage you to spend 13 minutes to listen to the inventor of the mRNA vaccine, Dr Robert Malone, give an inspiring talk on how  overcome the mass psychosis, get through to people and rescue our freedom!

What can you do?

What Can I Do?