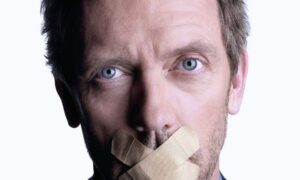 There are major problems with the vaccine adverse event reporting system (known as VAERS) which the CDC considers the “front line” of vaccine safety. VAERS was created in 1990 by the CDC and FDA as a means to collect and analyze adverse effects that are associated with vaccines. Unfortunately, the failings of VAERS are “kept from the consciousness” not only of the public, but also from the doctors, pediatricians, and nurses that the public rely on to provide reliable information as to the safety of vaccines. I say “kept from the consciousness” rather than “kept secret” because while these failings are publicly disclosed for all the world to see, they are for all intents and purposes BURIED in documents seldom searched out by the average member of the medical community, much less by the average individual. You could say that the information has been very effectively hidden in plain sight.

By far, the most dire failure of the VAERS system is the vast underreporting of vaccine adverse effects which leads to a dangerous false security in vaccine safety and an erroneous assumption that the benefits of vaccination far outweigh the risks.

Who DOES know about the deadly elephant in the room?

The CDC, the FDA, the Institutes of Medicine (IOM), and Congress to name a few. Oh, and an organization called Harvard Pilgrim Healthcare, Inc.- but we’ll get to them in a minute.

This is what the CDC says about the VAERS system, “Passive surveillance systems (e.g. VAERS) are subject to multiple limitations, including underreporting, reporting of temporal associations or unconfirmed diagnoses, and lack of denominator data and unbiased comparison groups. Because of these limitations, determining causal associations between vaccines and adverse events from VAERS reports is usually not possible.” (emphasis mine)

In 2000, the 6th Report by the Committee on Government Reform addressed the failings of VAERS in its address of the Vaccine Injury Compensation Program. The report states, “The quality of VAERS data has been questioned. Because reports are submitted from a variety of sources, some inexperienced in completing data forms for medical studies, many reports omit important data and contain obvious errors. Assessment is further complicated by the administration of multiple vaccines at the same time, following currently recommended vaccine schedules, because there may be no conclusive way to determine which vaccine or combination of vaccines caused the specific adverse event.”

The same Congressional report notes (on page 19), “Former FDA commissioner David A. Kessler has estimated that VAERS reports currently represent only a fraction of the serious adverse events.” (emphasis mine)

The Congressional report above listed 4 limitations that the IOM Committees noted, “1) Inadequate understanding of biologic mechanisms underlying adverse events; 2) Insufficient or inconsistent information from case reports and case series; 3) Inadequate size or length of follow- up of many population- based epidemiological studies; 4) Limitations of existing surveillance systems to provide persuasive evidence of causation; and 5) Few published epidemiological studies.” The report continues by noting that the “IOM warned that ‘if research capacity and accomplishments [are] not improved, future reviews of vaccine safety [will be] similarly handicapped.’”

The IOM has been telling the CDC for over 23 years that they have inadequate information (and none at all in some cases) to advise on the causal relationship between vaccines and adverse events for a majority of adverse events reported. In a 1994 report on vaccines and adverse events the IOM stated, “The lack of adequate data regarding many of the adverse events under study was of major concern to the committee…Although the committee was not charged with proposing specific research investigations, in the course of its review additional obvious needs for research and surveillance were identified, and those are briefly described here.” (emphasis mine) In 2011, the IOM conducted another study examining the scientific evidence in studies available for 158 vaccine adverse effects. Again, they concluded that they had inadequate information to come to a decision, “The vast majority of causality conclusions in the report are the evidence was inadequate to accept or reject a causal relationship.” (emphasis mine)

While one might expect a new program (new in 1990) to have a few bugs that need to be worked out, I would expect that when it comes to being able to ascertain vaccine safety, working out those bugs should be priority number one. Certainly today in 2017, a whopping 27 years later, the failure of the CDC to address this monumental danger to public health should be viewed with a skepticism much greater than mere suspicion.

That leads us to the interesting case of the CDC and Harvard Pilgrim Healthcare Inc.

The Department of Health and Human Services (HHS) gave Harvard Medical School a $1 million dollar grant to track VAERS reporting at Harvard Pilgrim Healthcare for 3 years and to create an automated reporting system which would revolutionize the VAERS reporting system- transforming it from “passive” to “active.”

This project was called Electronic Support for Public Heath- Vaccine Adverse Reporting System (ESP:VAERS). According to the grant final report, the scope of the project was, “To create a generalizable system to facilitate detection and clinician reporting of vaccine adverse events, in order to improve the safety of national vaccination programs.” To accomplish this the team used the electronic medical records at Harvard Pilgrim Healthcare, Inc, which is described as a “large multi-specialty practice.” Every patient that received a vaccine was automatically identified and followed for 30 days. Within that 30 days the individual’s diagnostic health codes, lab tests, and prescriptions were evaluated to recognize any potential adverse event. Another goal of the project was to evaluate the performance of the new automated system via a randomized trial and to compare this new data to the existing data collected by VAERS and Vaccine Safety Datalink.

Just the preliminary description of this program is head and shoulders above the current functioning of the passive VAERS system. In our current system, adverse events are to be spontaneously reported by parents or health care providers. Most parents aren’t even aware the VAERS system exists, much less aware that they are supposed to be reporting to it. Health care providers are “supposed” to report adverse events, but we have no idea of the efficiency level with which this is occurring, and more than a hunch that this reporting is grossly neglected for a variety of reasons. Furthermore, many vaccine adverse events are never reported because either the parent, patient, or doctor is completely unaware that a subsequent adverse event is in fact due to a vaccine. This new reporting system would remove all of these failures from the equation.

What were the results?

Let’s just take a minute to reflect on that last sentence. Out of only 376,452 individuals that received a vaccine at this Harvard practice, the new automated system identified 35,570 possible adverse reactions in a three year period. How does that stack up to the number of adverse effects reported to VAERS? According to the CDC, only 30,000 adverse events are reported every year for the entire US population. This finding alone should have had the CDC saying:

Again, let’s stop and think about this revelation for a moment: fewer than 1% of vaccine adverse events are reported. The CDC’s entire vaccination propaganda campaign rests on their claim that side effects from vaccination are exceedingly rare (and predominantly minor). According to the CDC, in 2016 alone, VAERS received 59,117 vaccine adverse event reports. Among those reports were 432 deaths, 1,091 permanent disabilities, 4,132 hospitalizations, and 10,274 emergency room visits. What if these numbers actually represent less than 1% of the total as this report asserts? Simple multiplication would yield vaccine adverse events reports numbering 5,911,700!

Of course, at this point that figure is nothing but a guess. But, again, why do we HAVE To guess? Because in 27 years the CDC has failed to provide a post- licensure vaccine safety surveillance system that the IOM, FDA, physicians, and the public can have confidence in.

The report also states, “Barriers to reporting include a lack of clinician awareness, uncertainty about when and what to report, as well as the burdens of reporting: reporting is not part of the clinician’s usual workflow, takes time, and is duplicative.

So, WHY aren’t the reports currently being made to VAERS? According to the findings above, clinicians don’t know for sure what a vaccine adverse event is. This isn’t surprising at all considering what we learned from the 2011 IOM report above. There haven’t been enough studies performed for highly trained IOM scientists and physicians to even determine whether or not the majority of the currently suspected 158 adverse vaccine effects are indeed caused by vaccines. How could we possibly expect our average pediatricians or general practitioners to know what a team of IOM personnel have determined we have inadequate information to decide? In addition, this report basically finds that your clinician frankly doesn’t have the time to devote to proper VAERS reporting under the current inconvenient system.

You’d think that the CDC would be jumping for joy that this Harvard team just created a proactive, reliable, automated system that would improve the quality of our vaccination program by improving vaccine adverse event detection thereby increasing public confidence in post- licensure surveillance.

What was the CDC’s response?

Basically, the same response your average college student falls back on when they decide they are no longer interested in continuing a relationship- they cut all lines of communication. No more answering phone calls or emails. You heard me correctly, the United States of America Centers for Disease Control ghosted Harvard Pilgrim Healthcare, Inc. For those who are unaware, Google dictionary defines ghosting as, “the practice of ending a personal relationship by suddenly and without explanation withdrawing from all communication.” Personally, I would hope that I could hold an organization like the CDC to a higher standard, but…

After a one million dollar grant was paid and three years of research conducted on what appeared to be a very successful upgrade to the passive VAERS system, the team’s CDC contacts went MIA. The ESP:VAERS final report states, “Unfortunately, there was never an opportunity to perform system performance assessments because the necessary CDC contacts were no longer available and the CDC consultants responsible for receiving data were no longer responsive to our multiple requests to proceed with testing and evaluation.”

According to the final report, the only thing left for the CDC to do was link the VAERS system to the Harvard Pilgrim system in order to transmit the data. The team requested that the CDC do this, “However, real data transmissions of non-physician approved reports to the CDC was unable to commence, as by the end of this project, the CDC had yet to respond to multiple requests to partner for this activity.”

What do we, the public, take away from this debacle?

As I see it there are only two options.

You give the CDC the benefit of the doubt, assume deep down they have the safety of the public at heart and chalk up their monumental waste of money, time, and a good idea to bureaucratic incompetence.

You stop naively believing that the CDC cares ultimately about public safety and realize that the vaccine industry makes way too much money to allow public confidence in the safety of vaccines to be eroded by a surveillance system capable of giving the public a glimpse of the scope and magnitude of the adverse effects vaccines are actually responsible for.

To assist you in your decision making, I’ll leave you with a statistic from the ICAN (Informed Consent Action Network) request to the HHS to meet the obligations set forth by the 1986 National Childhood Vaccine Safety Act regarding the CDC’s role in the vaccine industry market, “When the CDC recommends a pediatric vaccine for universal use, it creates for that vaccine’s maker a liability free market of 78 million children typically required by law to receive the vaccine.” (emphasis mine)

Why Did the CDC Silence the Million Dollar Harvard Project Charged With Upgrading Our Vaccine Safety Surveillance System?