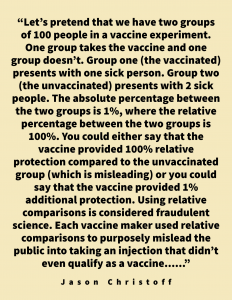 Below are some videos you want to pay attention to. The first thing to remember is that there is some very advanced material inside the shots, something called graphene oxide. Graphene oxide is extremely toxic. Graphene oxide is also believed to be causing this massive increase in heart attacks, strokes, cardiac problems and circulation issues….in only the injected populations. The people who took the shots are THE ONLY people experiencing the acceleration of this unnatural phenomenon.

WARNING – PAY ATTENTION. As I’ve been observing the sudden deaths of the injected for a long time, it’s obvious that a couple of factors are in play beyond just complying with the injection. Heat from sports seems to be a contributing factor and so does wifi. What this means is that “HEAT” and “WIFI” appear to activate the graphene oxide to clot and form hard structures in the circulatory system….causing the heart attacks and sudden deaths we’re seeing so much of today.

For graphene to “go live” or “go active’ and hurt/kill a person….it needs an energy source in most cases. Graphene oxide is the most conductive substance ever found on the planet for heat and wireless radiation. What this means is simple. If you are vaccinated and want to avoid being added to the growing list of folks who’ve “died suddenly” please understand that you may want to consider a) stop getting anymore injections of graphene b) conduct one of the many detoxes listed in the detox article below c) avoid intense exercise/sport that produces large increases in heat (until you fully detox) and d) avoid using wifi devices or going near large wireless complexes, especially when exercising. Avoid using the famous cancer causing ear buds, smart watches, fitbits or having your cell phone on your person. Beyond the cancer issues with the wireless radiation, it appears wifi can make the graphene go live and form clotting structures in the blood stream that can kill. More info is below, which could save the lives of many injected people who are only now starting to understand that they’ve been conned on a monumental scale.