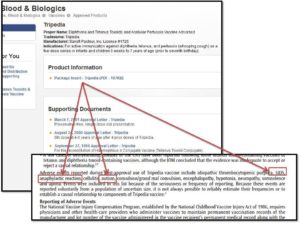 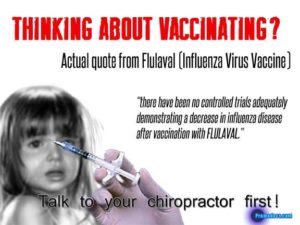 Over the years I have read much data on vaccinations. I have also spoken personally with mothers who have had their baby die in their arms as a direct result of vaccination induced sickness. One person has told me of an autism support group where 13 mothers will testify that their babies were perfectly healthy – until vaccinated. As a result of my health research and interest in nutrition and health I have had more than one friend ask me for data on vaccinations.
There are many facets to the topic. Perhaps the overriding question is: Are vaccines safe and effective?
Logic says that if a cure harms more people than the disease then it’s not a valid cure. The trouble is, getting accurate data from the authorities is damn near impossible. Doctors are very reluctant to attribute any infant death to vaccines.
One datum you can get, the US government has paid out compensation of over $2,000,000,000,000 (that’s 2 billion dollars) to people who have been harmed by vaccinations! I don’t believe they would be looking intensely to find people to pay that money to or accepting any claim without solid proof that the vaccination was what actually caused the harm. Do you? (I am told only 25% of those who apply are awarded compensation.)
To me that datum alone establishes beyond any reasonable doubt that vaccines are not safe, they cause harm. Much more data to support that conclusion follows.
The next part the the questions is: Are they effective?
Here is a post that completely invalidates the suggestion that they are.
More evidence has emerged showing the complete failure of modern vaccines to provide any real protection against disease. A study published in The New England Journal of Medicine (NEJM) reveals that an astounding 97 percent of children affected by a mumps outbreak that swept the North-East USA back in 2009 had already been vaccinated for the condition in accordance with recommended government guidelines.
http://www.naturalnews.com/038554_mumps_outbreaks_vaccinations_children.html
Again, this single instance is sufficient evidence to satisfy me that they are not effective. A vaccination cannot prevent infection from all possible future mutations of a disease.
Another questions one could ask is: Do they come from a trustworthy and reliable source?
When you add up the billions of $ that drug companies have been fined just over the last decade for lying about or not disclosing all the data from research trials, false claims, covering up adverse effects and add that to their lack of testing for the efficacy of the latest vaccinations and the deaths reported due to them then the answer must be a resounding NO!
So the conclusion I came to was to not vaccinate my children. And I continue to receive compliments on how bright, intelligent and capable they are. Not that we should discount my wife’s very active parenting in producing that result. But they are not dull, autistic, apathetic or unmotivated individuals.
But I strongly encourage you not to take aboard my conclusion as yours but rather to do your own research. You can get all the pro-vaccination propaganda you like from the medical fraternity and the drug companies. Herewith some data from the other side of the fence to help you make an informed decision.
~~~~~~~~~~~~~~~~~~~~~~~~~~~~~~~~~~~~~~~~~~~~~~~~~~~~~~~~~~~~~~~~~~~~~~~~~~~~~~~~
Here is a collection of just some of the data that has come my way.
First, a list of conclusions from medical professionals who dared to think for themselves and do their own homework as to the safety and effectiveness or otherwise or vaccines.
“As a retired physician, I can honestly say that unless you are in a serious accident, your best chance of living to a ripe old age is to avoid doctors and hospitals and learn nutrition and other forms of natural medicine unless you are fortunate enough to have a Maximized Living doctor available. Almost all drugs are toxic and are designed only to treat symptoms and not to cure anyone.
Vaccines are highly dangerous, have never been adequately studied or proven to be effective, and have a poor risk/reward ratio. Most surgery is unnecessary and most textbooks of medicine are inaccurate and deceptive. Almost every disease is said to be idiopathic (without known cause) or genetic – although this is untrue. In short, our main stream medical system is hopelessly inept and/or corrupt. The treatment of cancer and degenerative diseases is a national scandal. The sooner you learn this, the better off you will be.” – Dr Allen Greenberg
I saw this pic and the above quote then went looking for Dr Allen Greenberg and came across this collection of quotations. Considering the autism rate is at or approaching (depends on whose figures you read) 1 in 75 children, perhaps THE most important collection of medical quotes ever assembled.
http://www.whale.to/v/pharma_hoax_q.html
“There is a great deal of evidence to prove that immunization of children does more harm than good.”—Dr. J. Anthony Morris, former Chief Vaccine Control Officer and research virologist, US FDA 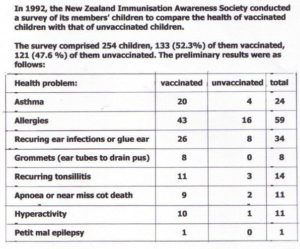 Watch this video to get a good background on the subject: http://www.youtube.com/watch?v=UioC6ARoLEM
Here is the entire chapter on Vaccination in my book on how to live the healthiest life. There are many other references that follow it.
Vaccinations
There is a phenomenal amount of data available on the subject of vaccination and vaccines. So much so that like many other subjects in this report, one chapter merely gives you the key data, the very tip of the iceberg. If I were to sum it up as concisely as possible I could do no better than the compelling evidence provided in this graph as a summary of data from two surveys, the KIGGS survey of vaccinated children, and another of unvaccinated children showing that vaccinations appear to compromise the immune system. 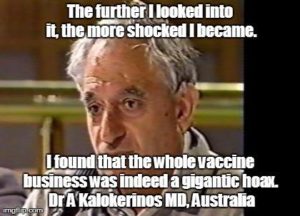 Dateline: Tuesday, 5th March 2019. Tonight I have a bee in my bonnet about the latest drug company propaganda and outright lies and I just need to vent.

My wife called me in to watch an SBS news presentation on the latest big pharma funded study from Denmark showing no link between the MMR vaccine and Autism. The person interviewed presented this as a complete statement of fact, incontrovertable. And then said it would not be likely to convince those who believed otherwise. Duh! Especially if you know it to be an untruth!

And nothing could be further from the truth! She is either a bald faced liar or completely ignorant on a topic she pretends to have expertise. Here is some data that will prove that point.

The Science is Settled? HARDLY!

Here is some data from the people who best know that most of what is presented to us as science is fiction created to support an agenda.

In 2005 Dr. John P.A. Ioannidis, currently a professor in disease prevention at Stanford University, published the most widely accessed article in the history of the Public Library of Science (PLoS) entitled Why Most Published Research Findings Are False.

In the report he states:

“There is increasing concern that most current published research findings are false.”

“It is simply no longer possible to believe much of the clinical research that is published, or to rely on the judgment of trusted physicians or authoritative medical guidelines. I take no pleasure in this conclusion, which I reached slowly and reluctantly over my two decades as an editor of the New England Journal of Medicine.” – Dr. Marcia Angell, a physician and longtime editor-in-chief of the New England Medical Journal (NEMJ).

“The case against science is straightforward: much of the scientific literature, perhaps half, may simply be untrue. Afflicted by studies with small sample sizes, tiny effects, invalid exploratory analyses, and flagrant conflicts of interest, together with an obsession for pursuing fashionable trends of dubious importance, science has taken a turn towards darkness.” – Dr. Richard Horton, the current editor-in-chief of the Lancet – considered to be one of the most well respected peer-reviewed medical journals in the world.

Vaccines Don’t Cause Autism. EXCEPT WHEN THEY DO!

Just this week I saw a Facebook post showing a link to a page that listed 157 studies proving the link between vaccines and autism.

“There is no science that shows vaccines cause autism” – EXCEPT in all these government (ironic, isn’t it?) published studies which show that vaccines do indeed cause autism (and other health issues):

Here are 83 cases reviewed by lawyers:

If you ever need a lawyer:

A dose-response relationship between organic mercury exposure from thimerosal-containing vaccines and neurodevelopmental disorders.

Relative trends in hospitalizations and mortality among infants by the number of vaccine doses and age, based on the Vaccine Adverse Event Reporting System (VAERS), 1990-2010.

Measles outbreak in a vaccinated school population: epidemiology, chains of transmission and the role of vaccine failures.

A positive association found between autism prevalence and childhood vaccination uptake across the U.S. population.

Hepatitis B vaccination of male neonates and autism diagnosis, NHIS 1997-2002.

Abnormal measles-mumps-rubella antibodies and CNS autoimmunity in children with autism.

The plausibility of a role for mercury in the etiology of autism: a cellular perspective

Detection of RNA of Mumps Virus during an Outbreak in a Population with a High Level of Measles, Mumps, and Rubella Vaccine Coverage

Aluminum in the central nervous system (CNS): toxicity in humans and animals, vaccine adjuvants, and autoimmunity.

A two-phase study evaluating the relationship between… Autism spectrum disorder (ASD) is defined by:

More than one scientist has linked the aluminium in vaccines and autism. Here is a comprehensive article on the research:

Protect Your Child’s Health With Vaccinations! NOTHING OULD BE FURTHER FROM THE TRUTH!

Is infant immunization a risk factor for childhood asthma or allergy?

The more kids are vaccinated, the more they die! Infant mortality rates regressed against number of vaccine doses routinely given: Is there a biochemical or synergistic toxicity?

Infection, vaccines and other environmental triggers of autoimmunity.

DTP with or after measles vaccination is associated with increased in-hospital mortality in Guinea-Bissau. 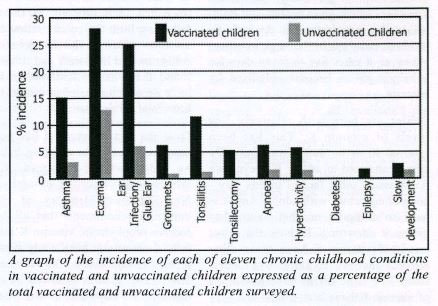 Systemic autoimmunity appears to be the inevitable consequence of over-stimulating the host’s immune ’system’ by repeated immunization with antigen, to the levels that surpass system’s self-organized criticality.

If you have moral reservations about using aborted fetal cells in vaccines to be injected into your child, the science is firmly behind your stance!

Impact of environmental factors on the prevalence of autistic disorder after 1979:

Because it is a pdf I could not cut and paste the conclusion, so here it is in image form: 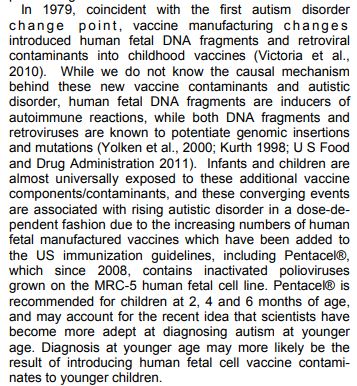 Speciation of methyl- and ethyl-mercury in hair of breastfed infants acutely exposed to thimerosal-containing vaccines.

The Philippine government said on Friday it would file criminal charges against six officials of the French pharmaceutical firm Sanofi Pasteur over the deaths of children injected with its Dengvaxia anti-dengue vaccine.

a Belgium-based vaccine activism network, reports that the 1200-page document revealed thousands of adverse reactions occurred during the evaluations which took place between 2009 and 2011. While GlaxoSmithKline’s official report declares that only 14 children died during the 2-year period, Initiative Citoyenne (IC) reports that their own analysis of the data indicates a much higher death toll, closer to 36. IC reports that at least 73 children have died since the Infanrix Hexa vaccine made its debut in 2000.

why has the American Vaccine Injury Compensation program paid out Four Billion dollars to the parents of vaccine injured or killed children?

Outbreak of whooping cough in an exclusive, $40,000/year school. Dozens come down with pertussis – all of them vaccinated. The only ones who didn’t get it? You guessed it – the unvaccinated.

Childhood Illness Reduced Because of Vaccinations. NOT! 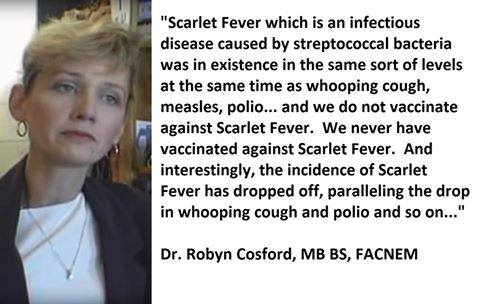 This is an audio recording of a radio program done in 1993. Well worth a listen is it contains data from several books o nhe subject presented concisely.
Vaccinations (Alex Loglia) ► William Cooper ► 07.13.1993
https://www.youtube.com/watch?v=xm2nZzqsamA