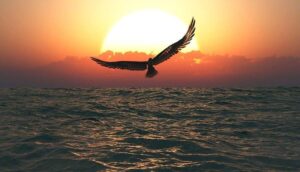 This crossroads was always coming
humanity has already been wounded and traumatised, barely held together by sutures
for behind Imperial doors, they have always manufactured Machiavellian wars,
over centuries secret societies planned our history and future
Exhausted we’ve had no peaceful time to recover from every orchestrated event,
Governments, Plutocracy and their media mouth claim to be the Gods of Truth for the people
once it was religions, temples and steeples

As they continue to manufacture lies,
new stories are spun to keep the elites winning their games
Pandoras box was opened, the virtual playground of social media predicted dopamine rewards with likes, a maze for human mice to volunteer personal information to their spies,
our metadata, human futures, the most valuable traded commodity for control over our minds,
their weapons of Biotechnology and Hegelian dialectics,
they justified giving up our privacy for our own protection,
with manufactured terrorism, 9/11 pathed the way to a great deflection,
all this becomes fertilizer for human consciousness to birth solutions with synectics

Predatory capitalism beget technocracy and bioengineered viruses
to lock us up isolated in our homes, under medical tyranny,
a war like never before, captured by our own governments,
they release viruses and lies instead of bombs on humanity,
whistleblower doctors, independent journalists, scientists and lawyers, the new dissidents,
we are trapped and silenced as fascism descends with precipitance

Unwittingly for centuries we served these Gods of Lies
now we are tracked and traced, by satellites, drones and even our phones as their spies,
The real battle is for our freedom to speak the truth
while they try to take away our inalienable freedom to travel, work, or assemble,
unless we take an experimental vaccine that changes our DNA,
to become patented chattel, or we are unmasked heretics for not obeying the new normal,

Assange tried to warn us, he now sits in an isolated prison cell,
silenced for exposing corruption in world governments, truth his only crime
what will it take for people to realize that we created this hell?
Giving our power away so easily instead of taking self responsibility,
making government now the tyrannical parent,
Its time to reclaim our freedom, it was never theirs in the first place for the taking,
it was always ours, human consciousness awakening

Yet this time, when we take it back, it cannot be taken for granted,
we must use it wisely, conscious responsibility is now with the people,
not by fighting on the streets as fascism overheats,
this battle can only be won peacefully
constructive action as apposed to inaction,
visionaries, bridge builders and seed planters seeding communal innovation,
these are the people that will create a new paradigm,
decentralised banking has already emerged, the new internet, free energy,
rejection of government protection, shifting power to community,
evolution of consciousness our preservation and unity

Those that seek will find, those that build the doors, have the keys to a new paradigm,
when we wake up from this game we were hypnotised to play,
as many are addicted, comfortable with everything staying the same,
except things will never be what they were,
the dream we were sold has expired, we’ve already being told,
empire has outgrown itself, while we are witnessing power collapse
under the weight of its own lies, corporatisation of politicians their demise

humanity is caught in an entropy of corruption,
there’s only two ways this can go, take a good look around you, we are beginning to take responsibility for ourselves,
retracting people power from empire,
the new internet is already here, new social media is censorship free,
hone your spiritual armour, use your discernment,

Some will succumb to the brainwashing and silence,
Truth and love expands, power retracts in the face of truth, so does fear,
the tighter they squeeze the quicker we awaken and music we will hear,
the songs of courage, truth and innovation,
this revolution will not be won by fighting in the streets,
we are in labour pains, learning to be in unity we are rebirthing a new consciousness

This is a battle of good and evil,
Empire drunk and deluded by its own power,
they may try to digitalize us or change our sacred seed,
Leave them to play their narcissistic games, and the devil they feed,
Keep your eyes on restructuring a better world,
Caring for the Planet, rebuilding our economy and communities
We must hold on to our Humanity, not give in to insanity
We are a product of Resilience, Patience, Faith and Unity
The Light of God shines on what needs to change,
Trust the process, we are being shown the way