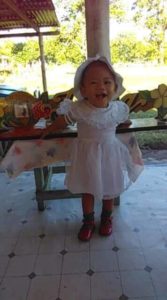 News has just emerged that two one-year old children died within minutes of receiving the MMR (measles, mumps and rubella) vaccination in the villages of Safatou and Sasina in Samoa. The deaths took place three days ago on the 6th of July.
The family of the first child told reporters that their daughter, Lannacallystah Samuelu, was dead only 3 minutes after the nurse administered the vaccine.
The family of another one-year-old, Lameko Siu, heard of Lannacallystah’s death which had occurred just two hours earlier. As a result, the mother refused vaccination for fear that her son would suffer a similar fate.
Ignoring the wishes of this family, the hospital nurse administered the vaccine and within a minute, this child was also dead.
Vaccines seized – investigation ordered
The Samoan Minister of Health has ordered all MMR vaccines in the country to be seized and a full investigation to commence immediately.
This tragedy highlights the real risks vaccinations can and do pose to both children and adults.
Due to Australia’s current coercive vaccination policies of No Jab No Pay/No Play, there are many families who are also being pushed against their will to vaccinate even though they fear it may harm or even kill their children.
Tasha David, AVN President and a person of Samoan descent, is horrified by this situation. “It is well described in the medical literature that indigenous communities can be far more vulnerable to harm caused by vaccination. Six of my eight children are vaccine injured and my family’s situation is not uncommon. Yet the Government of Australia wants to force us to place our children in harm’s way – just as the hospital in Samoa harmed these children.
“Our hearts go out to these families! We hope the investigation will be a prompt and honest one and that justice will prevail. The AVN is passionate about the health of all children and their families. All we ask is for our own informed health choices to be respected.”
https://avn.org.au/