The truth of the matter is that we won’t win this fight by just filing lawsuits; trust me, I wish it were that easy. Unfortunately, we must fight within the media and political landscape as well; this is lawfare, a three-pronged attack: legal, media, and political. I own what I do and readily admit (much to my wife’s chagrin) that I am ridiculing the enemies of freedom. While this should be beneath me, there is a reason for my approach. 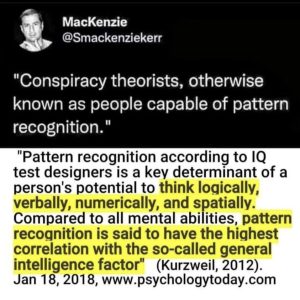 A staple in any intelligence quotient test, pattern recognition has been ridiculed and demonised to push a despotic narrative.

The more we learn, the more depressing and/or enraging it can be, so it’s crucial that we develop the mental and emotional resilience needed to keep a positive and determined mindset, and continue to resist the propaganda.

An almost instant fix to feeling down is to go for a walk and look at things until you feel better.

Each stone creates a ripple.

From the stones we share all the ripples combine to build the tsunami that trashes the lies! 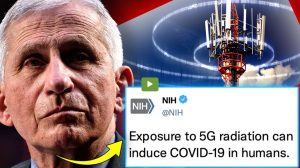 Bombshell new peer-reviewed scientific studies have revealed what many of us knew from the beginning. (Tom: Here was my mention of it way back when: https://www.tomgrimshaw.com/tomsblog/?p=26880) 5G radiation is not only connected to the Covid-19 pandemic, it actually induces the body to create new viruses and illnesses, including coronaviruses.

And before the mainstream media gets hold of this study and convinces the masses that it is unimportant, you should know that these are peer-reviewed scientific studies published on the National Institute of Health website.

The documentary begins with a description of what some people have called the greatest evidence for the afterlife ever – a chess game conducted between a living chess grandmaster and a deceased grandmaster. This is only one of forty highly convincing cases that Miles Edward Allen has included in his book ‘The Survival Files’. 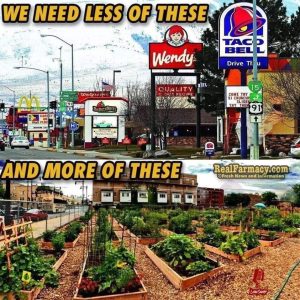 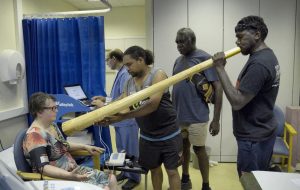 @larrygurruwiwi_and_malawurr play yidaki on cardio vascular patient in Hammersmith Hospital. The healing results were incredible and irrefutable.
Traditionally played as an accompaniment to ceremonial dancing and singing and for solo or recreational purposes, the Yidaki is a wind instrument that produces low frequency sound that we can hear and actual vibrations that we can feel, especially if the end of the instrument is placed close to the body.
The Yidaki can be linked to ‘musica universaiis’ (music of the spheres), an ancient concept that links celestial bodies of sun, moon and planets as a form of music. Due to its powerful sound vibrations, the yidaki can help listeners enter deep states of relaxation or trance, opening the way for remarkable sound healing that can offer great therapeutic benefits such as muscle/pain relief, improved blood circulation, healing of organs and improved sleeping patterns.
Indigenous medicine works! 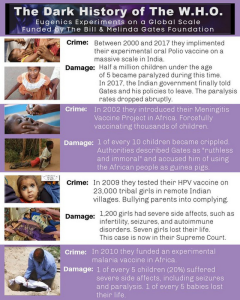 And did Anthony Albanese just give Gates $265 million? What’s that they say about birds of a feather flock together? 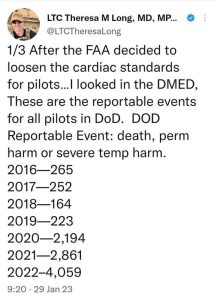 Out of 36,000 pilots that is 1 in 9 dead, permanently harmed or severely temporarily harmed. And no way the pro vax shills can fob this off as over reporting as the DoD keep some of the most thorough records possible as they do everything for their personnel, so nothing escapes the data collection net.

In the United States, dozens of food processing plants suspiciously caught fire over the past year. Remarkably, no one was present at the time of the fires. The Eco Health Alliance whistleblower, bioterrorism expert, military veteran, and scientist Dr. Andrew Huff has a possible explanation for the food supply fires.

Huff has access to government information about simulating a food supply attack. The information comes from the U.S. Department of Homeland Security’s Food and Agriculture Sector Criticality Assessment Tool (FASCAT). This also includes which places are particularly at risk.

According to Huff, who authorities have harassed due to the nature of his work since 2019, the U.S. government coordinated the attacks on the food facilities. But, in addition, something remarkable happened: the hard disk with the FASCAT data disappeared.

Since then, there have been about 200 food factory attacks around the world, most of them in the U.S., he explained.

Huff had another backup and analyzed the attacks. It turned out that the attacks exactly matched the most critical systems in his data set. He reported this to the Department of Homeland Security and the FBI but never received a response.

Huff knows that the FBI and the food industry have tried to investigate what he calls “terrorist attacks,” but they’re getting nowhere. He suspects that a government-funded actor or a globalist group like the World Economic Forum is behind it.