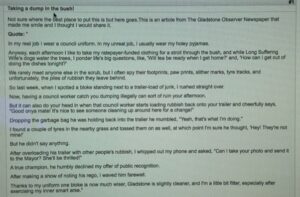 Cath Erin writes: If you don’t find this disturbing then I think maybe you should look at why human rights correlate with health. He also delayed the enquiry into mental health damage caused! When you ignore rights, you are NOT protecting lives.
Decrease in human rights = increased morbidity and mortality (deaths). This is WHY guidelines that are WELL ESTABLISHED clearly outline the importance of maintaining the least disruption to society NO MATTER WHAT THE CIRCUMSTANCES!
For many it wasn’t about “going to the shops”- that’s ignorance and a classic tactic for YOU to turn ON THE VULNERABLE!

If there’s one tune that’s sure to get stuck in your head and rattle around all day, it’s the classic Mahna Mahna. This early appearance during a 1969 episode of Sesame Street will crawl into your ear and won’t let go. “Mah Nà Mah Nà” was originally written by Piero Umiliani and first appeared in the Italian film “Sweden: Heaven and Hell” (Svezia, Inferno E Paradiso).

I received this from Your Heath Your Choice in relation to a cause I supported:

On 16 February 2021, the Medical Board of Australia (MBA) formally announced that it has abandoned plans it flagged in 2019 to restrict medical practitioners who provide complementary and unconventional medicine and emerging treatments.

Health professionals and the public strongly disagreed and under the significant weight of 13,000 submissions, the MBA has withdrawn its proposed changes.

Over 12,000 of these submissions were sent by the public via the Your Health Your Choice platform, which flooded the Medical Board with peoples’ positive experiences with integrative medicine on a scale that the Medical Board could not ignore.

This long-awaited announcement is a major win for consumer rights.

It safeguards the ability of medical practitioners to continue to provide much-needed integrative health services to the community and the public’s ability to access them.

THANK YOU to all those who responded to the call and sent submissions to the MBA. Your efforts paid off, showing that people-power can and does make a real difference.

Your Health Your Choice 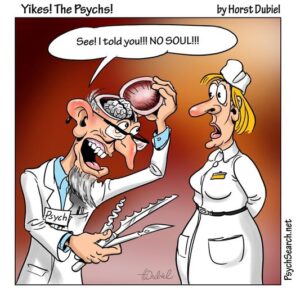 You and I ARE a soul, we do not “have” one. The psyches have been denying the truth of this for decades and are in fact terrified of spirits. They are the sole source of decline in this universe and will be found behind every bad condition. Avoid them like the plague they are.

Know the enemy’s plans, recognise their agenda and tactics and always apply pressure to push for a better alternative.

The IRS decided to audit Grandpa, and summoned him to the IRS office. The IRS auditor was not surprised when Grandpa showed up with his attorney.
The auditor said, “Well, sir, you have an extravagant lifestyle and no full-time employment, which you explain by saying that you win money by gambling. I’m not sure the IRS finds that believable.”
“I’m a great gambler, and I can prove it”, says Grandpa. “How about a demonstration?”
The auditor thinks for a moment and says, “Okay. Go ahead.” Grandpa says, “I’ll bet you a thousand dollars that I can bite my own eye.”
The auditor thinks for a moment and says, “It’s a bet.” Grandpa removes his glass eye and bites it. The auditor’s jaw drops.
Grandpa says, “Now, I’ll bet you two thousand dollars that I can bite my other eye.”
The auditor can tell Grandpa isn’t blind, so he takes the bet. Grandpa removes his dentures and bites his good eye. The stunned auditor now realizes he has wagered and lost three grand, with Grandpa’s attorney as a witness. He starts to get nervous.
“Want to go double or nothing?” Grandpa asks. “I’ll bet you six thousand dollars that I can stand on one side of your desk, and pee into that wastebasket on the other side, and never get a drop anywhere in between.”
The auditor, twice burned, is cautious now, but he looks carefully and decides there’s no way this old guy could possible manage that stunt, so he agrees again.
Grandpa stands beside the desk and unzips his pants, but although he strains mightily, he can’t make the stream reach the wastebasket on the other side, so he pretty much urinates all over the auditor’s desk.
The auditor leaps with joy, realizing that he has just turned a major loss into a huge win. But Grandpa’s attorney moans and puts his head in his hands.
“Are you okay?” the auditor asks.
“Not really”, says the attorney. “This morning, when Grandpa told me he’d been summoned for an audit, he bet me twenty-five thousand dollars that he could come in here and pee all over your desk and that you’d be happy about it.”
Moral of the story is, don’t mess with old people!

If you look past the big pHarma medical PR spin there is some interesting data on alternative vaccine technologies. 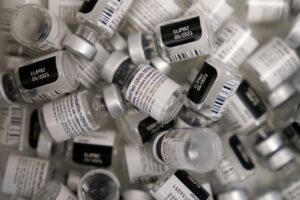 What did someone once say, if you want to find out who is behind an event, follow the money? I heard Gates was $20 Billion richer after the pandemic than before.