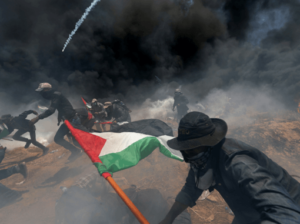 The Day of Shame 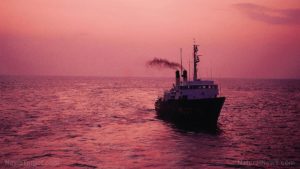 Deep-sea trawling is not worth the fish hauled back to port. In an article from Mongabay, U.K. researchers said the technique did far too damage to the seafloor and populations of slow-breeding fish in exchange for meager amounts of consumable catch.In addition, the fishermen who practice this technique often under-report their actual catches. A lot of what they capture are immature or non-edible fish that get thrown away and end up wasted.
https://www.nexusnewsfeed.com/article/climate-ecology/deep-sea-trawling-is-extremely-destructive-for-fish-populations-and-has-little-economic-benefit/ 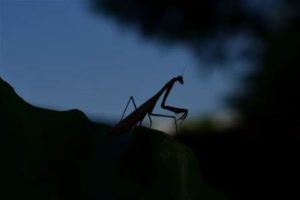 Malware called ‘Roaming Mantis’ that infects smartphones through wi-fi routers is rapidly spreading across the world after first emerging only a couple of months ago.
Through DNS hijacking, the malware uses compromised routers to infect Android smartphones and tablets, redirect iOS devices to a phishing site, and run CoinHive, a cryptomining script, on desktops and computers.
https://www.itnews.com.au/news/roaming-mantis-malware-expands-its-reach-491441

The grisly process of stamping out homeopathy (in the world, actually, Australia being the current target) herbal medicine and other ingestive therapies continues.
The Commonwealth Ombudsman is due to hand down his recommendations on the complaint that was submitted 2 years ago.
We have been advised that it would be politically potent to have 100,000 signatures notched up at around the same time.
We have 80.600 signatures, and about 6 weeks to get another 19,400.
We think we can do it.
Can you help?
You would find some interesting reading on the campaign website, about the bah humbug that’s going on, at www.yourhealthyourchoice.com.au
Thankyou!
Regards,
Nyema Hermiston 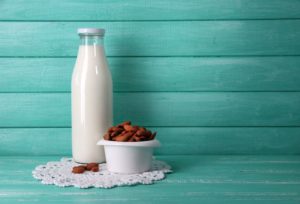 Calcium is an essential mineral to our body, it is the building blocks to our bones and maintains bodily functions such as heart rhythm, nerve communication and the contraction and release of our muscles! Common knowledge tends to steer us towards dairy products as the ultimate source of calcium…
One of our recent releases on FMTV – ‘Got The Facts On Milk’ questions the conventional wisdom of the much publicised health benefits of dairy and milk. We know that calcium is super important for our health but what are some other sources of calcium besides dairy? We have put together a list for you of non-dairy calcium loaded foods!
https://www.foodmatters.com/article/5-calcium-rich-alternatives-to-milk

Food and agriculture across the world is in crisis. Food is becoming denutrified and unhealthy and diets less diverse. There is a loss of biodiversity, which threatens food security, soils are being degraded, water sources polluted and depleted and smallholder farmers, so vital to global food production, are being squeezed off their land and out of farming.
https://www.counterpunch.org/2018/05/18/dangerous-liaison-industrial-agriculture-and-the-reductionist-mindset/ 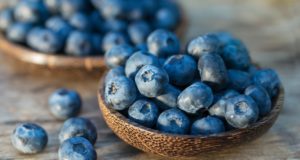 Blueberries may be tiny, but remarkable new studies tell us they’re one of the most powerful health-promoting foods on the planet. In fact, they’ve been found to fight heart disease, cancer, and Alzheimer’s. Oh, and did I mention they’re also delicious?
I’ve been enjoying blueberries in oatmeal and chia porridge for years. But the more I learn about their incredible health benefits, the more of them I want to eat!
Wild or organic blueberries are usually best. But conventionally grown blueberries are fabulous for you, too. In fact, these studies were done on people who were, for the most part, eating conventionally grown blueberries — and they got stunning results that positively impacted a variety of health issues!
Surprisingly, studies have found that frozen blueberries contain as much or more health-boosting components than fresh ones, including vitamin C, anthocyanins, polyphenols, and other antioxidants.
This is probably because fresh berries lose some of their nutritional potency every day that passes after harvest. So whether you eat them fresh, frozen, or even dried, blueberries can be an outstanding addition to your healthy eating lifestyle.
https://foodrevolution.org/blog/are-blueberries-good-for-you/

The growth in the number of people with autism is staggering. If this were another health issue it would have attracted major government attention in order to solve it.
https://www.dropbox.com/s/7m4o0b6zplc2byv/2_Edited_MMR_VACCINE.pdf

The whole article is well worth reading but here is the bottom line from a gold standard research project:
“This work reveals for the first time that early HBV vaccination induces impairments in behavior and hippocampal neurogenesis. This work provides innovative data supporting the long suspected potential association of HBV with certain neuropsychiatric disorders such as autism and multiple sclerosis.”

Maintaining health does not include being drugged and beaten.
The Oakden Aged Mental Health facility in South Australia closed last year amidst headlines detailing the shocking conditions and care of its elderly residents including the use of restraints.
The horrific abuse exposed has resulted in the recent announcement by the federal government of a new watchdog agency to commence in early 2019. Called the Aged Care Quality and Safety Commission, their aim is to increase oversight in the sector, closing gaps that allowed abuse to go on for so long, unchecked.
South Australia’s chief psychiatrist found elderly dementia patients at the Oakden Mental Health facility were abused and neglected by their carers for over a decade. How this abuse could have gone on without detection by the office of the chief psychiatrist for so long is astounding. It is another indictment of the poor quality care that has plagued the mental health industry. Headlines of drugging the elderly with powerful drugs to keep them quiet and manageable have been across our media outlets for some years.
The investigation into Oakden Mental Health facility started when the family of Oakden patient Mr Bob Spriggs, raised concerns about unexplained bruises and over-drugging, specifically he was prescribed 500mg of the antipsychotic Seroquel instead of 50mg. Seroquel can cause heart problems and is known to increase the risk of death in dementia patients.
Other families then came forward with their stories about their relatives in Oakden.
South Australian anti-corruption commissioner released a scathing report about the care and management of Oakden. Maladministration findings were also levelled at five individuals and the public authority overseeing Oakden facility.
The new Aged Care Quality and Safety Commission will do unannounced inspections of aged care facilities and those who break rules will be named and shamed on an on-line register.
To find out more about the potential dangers of psychiatric drugs including for the elderly click on this link:
http://cchr.org.au/government-drug-data