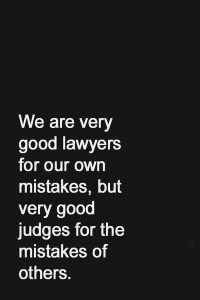 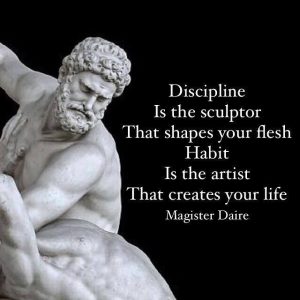 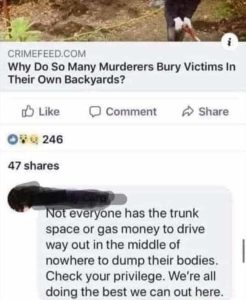 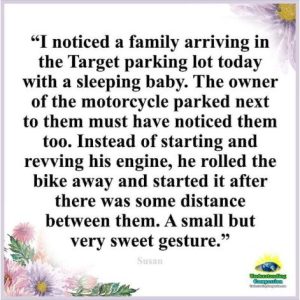 The little things you do make big differences in other people’s lives! 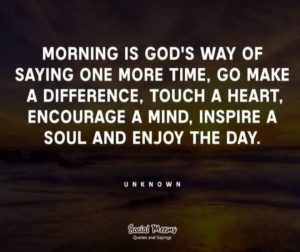 What a fabulous way to start the day!

Money may not grow from trees, but something even better does.

In a new study led by the US Department of Agriculture (USDA) Forest Service, researchers found that each tree planted in a community was associated with significant reductions in non-accidental and cardiovascular mortality among humans living nearby.

On top of that, the study’s authors conclude the yearly economic benefits of planting trees dramatically exceed the cost of maintaining them, by a factor of more than 1,000.

Previous studies have linked exposure to nature with an array of human health benefits. Access to nature is a major factor for mental health, and that doesn’t necessarily require the greenery to be primeval wilderness. Research shows urban forests and street trees can offer comparable benefits.

Several longitudinal studies have shown that exposure to more vegetation is associated with lower non-accidental mortality, the authors of the new study note, and some have also linked exposure to greenery with reduced cardiovascular and respiratory mortality.

“However, most studies use satellite imaging to estimate the vegetation index, which does not distinguish different types of vegetation and cannot be directly translated into tangible interventions,” says Payam Dadvand, a researcher with the Barcelona Institute for Global Health (ISGlobal) and senior author of the new study.

For their study, Dadvand and his colleagues capitalized on a well-documented tree-planting campaign that unfolded in Portland, Oregon, between 1990 and 2019. During those three decades, the nonprofit group Friends of Trees planted 49,246 street trees in Portland.

Crucially, they kept records of where and when each tree was planted. The researchers were thus able to look at the number of trees planted in a particular neighborhood, or US Census tract – each home to about 4,000 people – during the previous five, 10, or 15 years.

Using data from the Oregon Health Authority, they then associated each census tract’s tree data with its mortality rate, due to cardiovascular, respiratory, or non-accidental causes.

The results reveal lower mortality rates in neighborhoods with more trees planted, and the researchers report this negative association is significant for both cardiovascular and general non-accidental mortality, especially among males and anyone above the age of 65.

Older, larger trees were thus associated with greater reductions in mortality. So, while planting new trees is great, this finding suggests preserving large trees that already exist is even more important for public health (as it also is for the well-being of wildlife).

While these links don’t exactly explain how trees benefit human health, the seemingly greater protection from larger trees would make sense, the researchers point out, since size boosts a tree’s ability to moderate known mortality factors like air pollution, temperature, and noise.

“We observed the effect both in green and less green neighborhoods, which suggests that street-tree planting benefits both,” says Geoffrey H. Donovan, an economist from the USDA and first author of the study.

If the value of a statistical adult human life is US$10.7 million, as some US federal agencies have determined, the researchers calculate planting one tree in each of Portland’s 140 census tracts would generate about $14.2 million annually in lives saved.

“Our results provide an important evidence base for tangible interventions (e.g., planting trees) to increase the longevity of urban residents,” Dadvand says.

The study was published in Environment International. 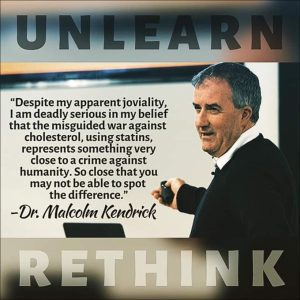 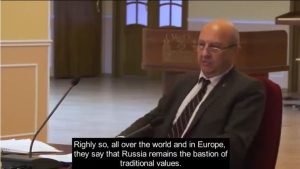 A brilliant talk on the current scene, what is planned, what stands in the way and how we stand the best chance of overcoming the dark forces. 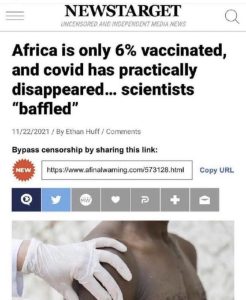 Almost nobody in Africa is getting “vaccinated” for the Wuhan coronavirus (Covid-19), and as a result there is almost no covid anywhere to be found on the continent. The latest reports from the mainstream media admit that the plandemic is basically non-existent in Africa, which is confusing to those who believe the narrative that the jabs are helping to eradicate disease. A recent piece from the Associated Press (AP) explains that in Zimbabwe, nobody wears a mask, nobody is vaccinated, and life goes on as normal. People pack the local markets in close proximity to one another and, by golly, nobody is getting sick. “Covid-19 is gone,” stated a man named Nyasha Ndou, who joked with reporters about how he keeps a mask in his pants “to protect my pocket.” “When did you last hear of anyone who has died of Covid-19?” he further asked, adding that the only reason he keeps a mask on his person is to avoid potential confrontations with corrupt local police. In the past week, Zimbabwe recorded just 33 new “cases” of the Chinese Virus. And most of these are more than likely fake, seeing as how the PCR tests are completely fraudulent and designed to pick up the common cold. This is further substantiated by the fact that there have been no covid deaths, even by the government’s corrupt reporting standards. For all intents and purposes, the Fauci Flu is gone from Zimbabwe, even without the injections. 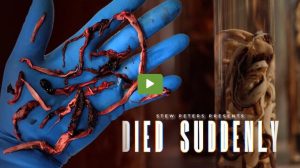