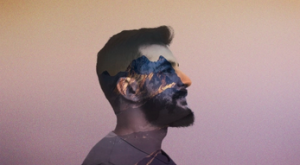 The land mass running from the Balkans to the Middle East bridges Europe and West Asia. The region has dramatically influenced Eurasian history.

Until now, researchers have been limited to archaeological findings in trying to reconstruct the region’s history and the evolution of its languages. New techniques allowed researchers to analyze ancient DNA for the first time.

The data they unearthed helps describe the genomic history of the area and reveals population movements from as far back as 10,000 years ago. It contains some big surprises regarding theories for the origin of languages.