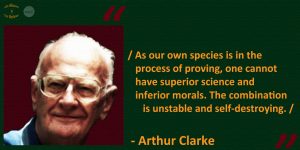 And it is not at all hard to spot the point where it started going south at a great rate of knots!

Behind every bad condition will be found a psychiatrist.

In 1947 the then president of the World Federation of Mental Health, Brock Chisholm, said, “The reinterpretation and eventual eradication of the concept of right and wrong are the belated objectives of nearly all Psychotherapy.”

Chisholm further stated that if they were to be successful they needed to infiltrate the professions to introduce their ideas (more correctly called “insanities”) there.

This year is the 75th anniversary of his speech. Looking around at the average intelligence level, morality, ethics and consequent problems with crime, drugs, sexual perversions etc. I’d say the psychiatrists were remarkably successful!

If we as parents and teachers do not instill in our children respect for one another, tolerance for differences, that there is right and wrong, the difference between right and wrong, that actions have consequences and that regardless of what has happened in the past one has the ultimate responsibility for the actions one takes in the present, then we are, by our neglect, cocreating a society where psychiatry’s evil intentions are widely manifest, as is happening at present.