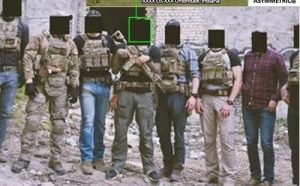 When Vladimir Putin announced the twin goals of the Special Military Operation in February–i.e., demilitarization and denazification–it sounded strangely familiar. Well there is a reason for that. At the end of World War II, the UK, the US and Russia reached an agreement at Potsdam. Not surprisingly, it was called the Potsdam Agreement.

[D]uring the Potsdam Conference, on 30 July 1945, the Allied Control Council was constituted in Berlin to execute the Allied resolutions (the “Four Ds“):[11][12]

Putin’s reiteration of the Denazification and Demilitarization principles established from the 1945 Potsdam Conference is not just some quaint tip of the hat to history. He was laying down a marker to the United States and United Kingdom that the agreement reached at Potsdam in 1945 is still relevant and valid.

The Russians have good reason to be angry that the West failed to carry through on denazifying Germany. Very few of the Nazi men and women involved in carrying out the war against the Soviet Union and implementing the extermination of the Jews of Poland, Ukraine and Russia were tried and convicted of war crimes. In fact, prominent Nazis remained in power in the “new” Germany: