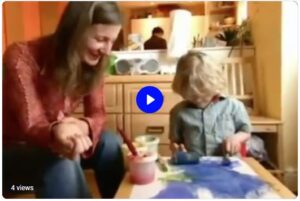 From 1973 to 2011, sperm counts in men from America, Europe, Australia and New Zealand have dropped by over 50 percent while the number of boys and young men suffering from genital deformities, sperm abnormalities and testicular cancer has increased.

As the World Health Organization declares ’vaccine hesitancy’ to be a top threat to global health in 2019, it turns a blind eye to declining male fertility and its causes.

Originally broadcast on the CBC’s ’Doc Zone’ in 2008, the film ’The Disappearing Male’ examines the role of endocrine disrupting chemicals such as the bisphenols and phthalates in reduced fertility rates. These compounds are found in everyday plastics from drinking bottles to soft toys for infants.

The effects of the bisphenols were known long before this documentary was aired. In fact, they were discovered in the late 1800s. In his 1952 book, ’The Next Million Years’ eugenicist Charles Galton Darwin wrote about putting chemicals in the food and water supply, using injections and other means to alter and reduce the population of ’useless eaters’ aka the working class folks. It’s not a difficult read and it is one of the first books that helped me to see the big picture, thanks to Alan Watt and his talks regarding eugenics and depopulation.

’The Next Million Years’ by Charles Galton Darwin (1953 edition) http://eindtijdinbeeld.nl/EiB-Bibliotheek/Boeken/The_Next_Million_Years__how_to_kill_off_excess_population___1953_.pdf

A more recent Alan Watt blurb (Feb 17, 2019) discusses the Huxleys, eugenics, etc. and how this is related to what is happening today. This is found here on BitChute https://www.bitchute.com/video/Tz9m4uEdPb0/ as well as on my YouTube channel.

Also check the archives of Alan Watt on his website from the 1990s to present https://www.CuttingThroughTheMatrix.com for many, many more talks re. eugenics, depopulation, etc. Some of these are also found in Alan Watt videos on YT & BitChute.