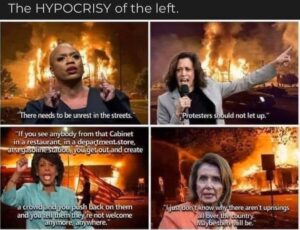 I had a discussion with someone on the subject of our disagreement on US politics. They had told me in effect that Trump was bad because he incited the storming of the Capitol. I sent that person a small sample of the inflammatory remarks by four Communist US politicians regarding the Antifa/BLM rioting.

The person’s response was to suggest we not talk about politics because we have different opinions and we are each only going to pull up examples to support our own opinion.

At that point it struck me that the person had zero interest in the aquisition or acceptance of data to determine truth but only in gathering data to support their apparently fixed and unchangeable viewpoint. In other words they operated like a one man debating team rather than a data collection and evaluation processing unit. This is, of course, why nobody wins an argument. All each person’s communication does is more firmly fix the other person’s viewpoint.

Opinions, viewpoints, fixed ideas and conclusions are all well and good but to use them instead of and in contradiction to data, facts and evidence is a sure path to destruction and death, individually and collectively. Evidence Western civilisation circa 2021.

The situation has deteriorated to a point where most people do not (and perhaps cannot) differentiate between facts and opinions.