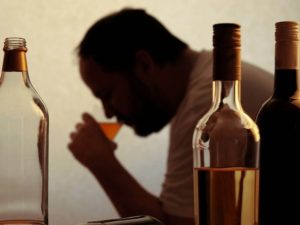 Giving up drinking completely is the only way to avoid the health risks associated with alcohol, according to a major new study.

Alcohol-related problems kill around 7 per cent of men and 2 per cent of women every year, and drinking is the leading cause of death and disability for people aged 15-49.

Though previous research has shown moderate levels of drinking may protect against heart disease, the new study concluded any supposed boosts to health are massively offset by the costs.

Alcohol sales would ‘fall 38% if drinkers kept within guidelines’
The researchers covered 195 countries between 1990 and 2016, and amassed data from hundreds of other studies.

“With the largest collected evidence base to date, our study makes the relationship between health and alcohol clear – drinking causes substantial health loss, in myriad ways, all over the world,” said Dr Max Griswold from the Institute for Health Metrics and Evaluation, one of the study’s lead authors.

They estimated that one drink a day increases the risk of developing an alcohol-related diseases including cancer, diabetes and tuberculosis by 0.5 per cent. This shot up to 7 per cent for those having two drinks a day, and 37 per cent for five drinks.

The study defined one drink as 10g of pure alcohol, equivalent to a can of beer or a shot of spirits.

The findings emerge after another report found the drinks sector in the UK relies on people drinking above government limits for nearly 40 per cent of its revenues.

Official guidelines currently state that to keep alcohol health risks low, it is safest to avoid consuming more than 14 units a week – about seven pints of lager – on a regular basis.

However, the UK’s chief medical officers have previously stated that despite this allowance, there is “no safe level of alcohol consumption” – a point that has been reinforced by this study.

“There is a compelling and urgent need to overhaul policies to encourage either lowering people’s levels of alcohol consumption or abstaining entirely,” said Dr Emmanuela Gakidou, who also worked on the new research.

“The myth that one or two drinks a day are good for you is just that – a myth. This study shatters that myth.”

The findings were broadly welcomed by scientists and NGOs as a decisive statement on the impact drinking has on society.

Dr Tony Rao, a psychiatrist at King’s College London who was not involved in the study, commended the effort to unravel the complicated relationship between alcohol and health.

“We can now be more confident that there is no safe limit for alcohol when considering overall health risks,” he said.

The authors of the research, published in the journal The Lancet, noted their efforts did not take in all aspects of alcohol consumption. Ample data were not available for alcohol-related violence and traffic accidents, or for the illicit production and consumption of alcoholic drinks.

The findings have ramifications for public health policy, and have prompted calls for government action to make a serious dent in the population-level consumption of alcohol.

“These diseases of unhealthy behaviours, facilitated by unhealthy environments and fuelled by commercial interests putting shareholder value ahead of the tragic human consequences, are the dominant health issue of the 21st century,” said Dr Robyn Burton from King’s College London.

“The solutions are straightforward: increasing taxation creates income for hard-pressed health ministries, and reducing the exposure of children to alcohol marketing has no downsides.”

However, others were more measured in their response to the new findings, and emphasised the need to weigh them up against the benefits of alcohol.

“Given the pleasure presumably associated with moderate drinking, claiming there is no ‘safe’ level does not seem an argument for abstention,” said Professor David Spiegelhalter, a statistician who specialises in understanding of risk at the University of Cambridge.

“There is no safe level of driving, but government do not recommend that people avoid driving.

“Come to think of it, there is no safe level of living, but nobody would recommend abstention.”