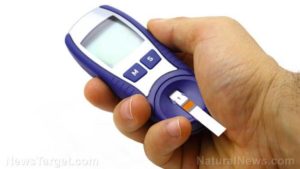 Despite claims that electromagnetic fields are safe and that the radiation emitted from cellphones and other gadgets isn’t a threat to human health, studies are showing that the risks are real.
A growing body of evidence shows that there may be an unseen cause of high blood sugar: Electromagnetic radiation. And for people with diabetes, exposure to this invisible threat can be an even bigger problem.
The eletrosensitivity described by Dr. Havas was originally described as “radio wave sickness” in the 1970s. Symptoms occur or worsen with exposure to cellphone towers, smart meters and other devices that emit electromagnetic radiation.
Magda Havas, Ph.D., Associate Professor of Environmental and Resource Studies at Trent University, has published peer-reviewed research in the journla Electromagnetic Biology and Medicine on this most alarming phenomenon. Dr. Havas presents multiple case studies showing that electromagnetic radiation [EMR] can cause a spike in blood glucose levels.
Across the board, Dr. Havas found evidence of what she called people who were “electrosensitive.” In all cases, installation of electrical filters reduced the subjects’ need for insulin. In one case, the 81-year-old woman was able to reduce her insulin use by 75 percent — just from installing an electrical filter.
While high blood pressure is undoubtedly a major health concern, it is not the only consequence of electromagnetic radiation exposure. Research has repeatedly demonstrated that exposure to EMR can have an array of ill effects on human health.
In 2017, scientists discovered that real-world exposure levels of EMR were potent enough to increase the risk of miscarriage in otherwise healthy pregnant women. Over 900 women were asked to wear a device which would record their EMR exposure levels for the course of a 24-hour period. Based on the study’s findings, the rate of miscarriage in women exposed to higher levels of EMR are nearly double that of the general population. In the lowest-exposure ranking, miscarriage occurred in 10.4 percent of women. Comparatively, 24.2 percent of women from higher-level exposure groups experienced a miscarriage.
De-Kun Li, MD, Ph.D., principal investigator of the study, commented, “This study provides evidence from a human population that magnetic field non-ionizing radiation could have adverse biological impacts on human health.”
Recent research has also linked EMR from cellphones to brain cancer. Despite assurances, it is clear that caution needs to be exercised with technology.
https://www.nexusnewsfeed.com/article/health-healing/evidence-is-accumulating-that-hypersensitivity-to-electromagnetic-fields-can-cause-high-blood-sugar/