Investigative journalist Sharyl Attkisson has posted a recorded phone call she just had with Dr. Frank DeStefano, the CDC Director of Immunization Safety. Dr. DeStefano was a co-author with CDC whistleblower Dr. William Thompson on a 2004 study that originally was put forward as research showing there was no link between vaccines and autism. Dr. Thompson has come forward and revealed that data was withheld from the public that showed an increased risk of autism in certain populations, specifically African American boys. The CDC has already made a public announcement admitting that they did withhold some data.
http://edgytruth.com/2015/05/26/cdc-director-of-immunization-admits-bias-autism-data-hiding/ 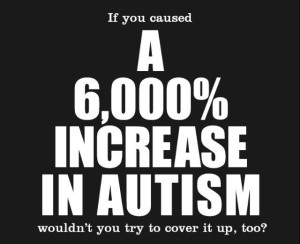