The #1 Children’s Vitamin Brand in the US contains ingredients that most parents would never intentionally expose their children to, so why aren’t more opting for healthier alternatives?
For more: http://www.greenmedinfo.com/blog/top-us-brand-childrens-vitamins-contains-aspartame-gmos-other-hazardous-chemicals

IRS: We’ve got what it takes to take what you’ve got.
Borrow money from a pessimist – they don’t expect it back.

If you deal with the public you’ll get a laugh out of these…
http://www.webdesigndev.com/web-development/20-hilarious-clients-from-hell-quotes-designers

Belgian-born martial artist and Hollywood star of several 1990s action films, including ‘Universal Soldier’ and ‘Timecop’, Jean-Claude Van Damme, as he himself says here, has most definitely “led a life of ups and downs” but at 53, he shows that he’s still got it, with this jaw-dropping stunt.
He performs his famous Chinese split, while standing on the side mirrors of two Volvo FM trucks running in reverse, demonstrating the precision and directional stability of Volvo Dynamic Steering.
This amazing feat was filmed in one take in Spain, on a closed-off landing strip at sunrise, by Swedish film director, Andreas Nilsson with music by Irish singer-songwriter, Enya.
http://www.forbiddenknowledgetv.com/videos/art/jean-claude-van-damme-the-epic-split.html 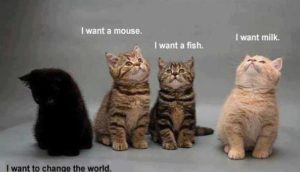 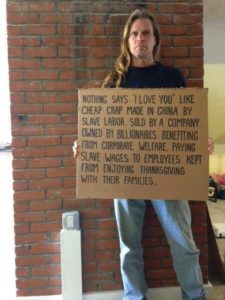