Wow! How powerful is this!

This is gold!
Tom Fair writes:
Because I work largely with children between the ages of five and twelve, I am sometimes labelled as a “children’s performer,” and my literary/song material “children’s” repertoire. I personally see it from a quite different perspective. To me, childhood is not the first stage of a rocket that is to be jettisoned during the next stage of life; it is the seed from which the mature plant grows – the acorn that is parent to the mighty oak. Childhood is close to the core of a being, and woe to him who cannot communicate with his core.
THERE ONCE WAS A DUCK II
by Tom Fair © 24 June 2010
There once was a duck who thought he was a bear
He didn’t have paws and he didn’t have hair
His mama tried to tell him, but he didn’t really care.
“Quack, quack, quack!” he said. “I’m a bear!”
There once was a duck who thought he was a cow
He tried to say “moo” but he didn’t know how
He thought he was a cat, but he couldn’t meow.
“Quack, quack, quack!” he said. “I’m a cow!”
There once was a duck who thought he was a lion
The duck couldn’t roar but he just kept tryin’
All night long, you could hear him cryin’
“Quack, quack! Quack, quack! I’m a lion!”
All the other animals thought he was a silly goat,
The dog and the pig and the frog and the billy goat.
“Sorry, little fella, you’re simply outta luck;
You’ll never be nothin’ but a crazy little duck!”
The poor little duck, he sat down and cried.
His heart was broken and his dreams had died.
He’d lost his courage and he’d lost his pride,
The fun was gone… he just couldn’t go on…
But the wise old owl who was sittin’ in a tree
Said “Listen, little duck, just listen to me!
You can be anything you really wanna be:
A bear or a lion or an owl like me;
A butterfly, a pony, a banana or a bee;
A river or a mountain or the deep blue sea.”
The duck jumped up as high as he could,
And he looked down over the neighborhood.
His heart did a dance, he was filled with elation
At the endless joy of his imagination!
“Thank you, Mister Owl,” he said with a smile.
Now, I think I’ll be a duck for just a little while.”

Let’s make this a huge campaign — help spread the word by sending the email below to friends and family, and post this link on your Facebook wall.
https://secure.avaaz.org/en/justice_for_afghan_women_loc/?tWcBaab 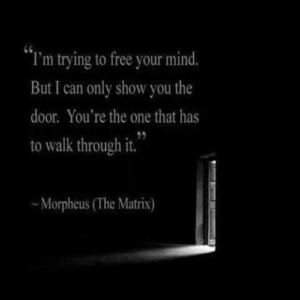 18-year-old Israel Hernandez-Llach was an award-winning artist in Miami, Florida. He was just spray painting the wall of an abandoned McDonalds when the cops chased him down, Tased him, and allegedly laughed and high-fived as he lay motionless and dying on the ground.
The events of Israel’s tragic death have devastated his family and sparked national outrage.
Sign the petition urging the Mayor of Miami Beach to order the police department to change their Taser policy. Together we can prevent any more needless deaths:
https://www.aclu.org/secure/israel-hernandez-tased-death3?sp_ref=8531534.69.503.e.2089.2

The colorful secret of a 1,600-year-old Roman chalice at the British Museum is the key to a super­sensitive new technology that might help diagnose human disease or pinpoint biohazards at security checkpoints.
http://www.smithsonianmag.com/history-archaeology/This-1600-Year-Old-Goblet-Shows-that-the-Romans-Were-Nanotechnology-Pioneers-220563661.html