Just received from Avaaz.
People should not be kicked off their land.
Especially not indigenous peoples!
And don’t get me started on hunting lions for sport.
Dear friends,
We are elders of the Maasai from Tanzania, one of Africa’s oldest tribes. The government has just announced that it plans to kick thousands of our families off our lands so that wealthy tourists can use them to shoot more lions and leopards. The evictions are to begin immediately.
Last year, when word first leaked about this plan, almost one million Avaaz members rallied to our aid. Your attention and the storm it created forced the government to deny the plan, and set them back months. But the President has waited for international attention to die down, and now he’s revived his plan to take our land. We need your help again urgently.
President Kikwete may not care about us, but he’s shown he’ll respond to global pressure — to all of you! If you send messages to Tanzanian embassies across the globe, Kikwete will hear a barrage of reports that his latest land grab is reverberating around the world. This is our only chance to get him to back down from destroying our way of life.
Click below to send a urgent message demanding they stop the eviction:
http://www.avaaz.org/en/save_the_maasai_sam/?bWcBaab&v=23733
Then share the email below with others so we can reach millions around the world calling on Kikwete to save our land.
With hope and determination,
The Maasai elders of Ngorongoro District 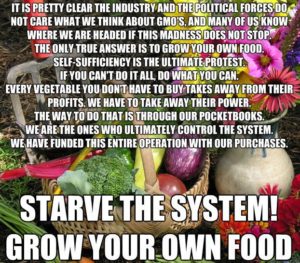 If you know someone in pain, this could be worth sharing…
A friend is undergoing surgery next Monday and his wife asked if I knew of the effects vitamin C had on reducing the effectiveness of painkillers. I researched the question and found a couple of items of interest. Here they are.
I have published various article on how vitamin C reduced pains for shingles, wrist surgery, and preventing Complex Regional Pain. Now shown to reduce pain after surgery – cut opioid needs.
Can J Anaesth. 2012 Mar 9. [Epub ahead of print]
Effect of vitamin C on morphine use after laparoscopic cholecystectomy: a randomized controlled trial.
Kanazi GE, El-Khatib MF, Yazbeck-Karam VG, Hanna JE, Masri B, Aouad MT. abstract here
On a randomized double-blind placebo-controlled trial, patients were given 2 g vitamin C or placebo one hour prior to surgery. Vitamin C users had a 29% reduction in opioid needs.
Comment – I would not go a day without vitamin C – seeing as we cannot make it ourselves. Low vitamin C consumption was associated with risk of shingles. Now it looks such that if you ever gets some “trauma” – having vitamin C on board helps…
http://painmuse.org/?p=1801
VITAMIN C (Ascorbic Acid) ANALGESIA
At high intake levels, Vitamin C is known to reduce inflammation and act to as a natural antibiotic and antihistamine. These properties are surprising enough to many, but one of the biggest surprises ever occurred during the 1970’s in Scotland at the Vale of Leven Hospital. There, Ewan Cameron, M.D. was giving ten grams (10,000 milligrams) of vitamin C intravenously each day to terminally ill cancer patients. The study was about vitamin C and cancer, but the unexpected finding was in pain relief.
In Great Britain at the time, it was policy to provide terminal patients with any and all pain relief available, including addictive narcotics such as heroin. The argument was simply that if one were dying anyway, a drug’s analgesic value outweighs any drawbacks such as dependency. Dr. Cameron and Dr. Linus Pauling wrote in Cancer and Vitamin C (1981; revised 1993):
“Cameron and Baird reported (in 1973) that the first five ascorbate-treated patients who had been receiving large doses of morphine or heroin to control pain were taken off these drugs a few days after the treatment with vitamin C was begun, because the vitamin C seemed to diminish the pain to such an extent that the drug was not needed. Moreover, none of these patients asked that the morphine or heroin be given to them- they seemed not to experience any serious withdrawal signs or symptoms.” (page xii)
Any vitamin that approaches the pain relieving power of morphine or heroin must be considered some kind of analgesic indeed. The fact that 13 out of 100 terminally ill cancer patients given vitamin C were still alive and apparently free of cancer after five years is some kind of miracle.
Although quite a lot of vitamin C is needed for results, it is a remarkably safe and rather simple therapy. Additional information will be found in Dr. Cameron’s “Protocol for the Use of Intravenous Vitamin C in the Treatment of Cancer,” ( click here to read it) and in the many vitamin C articles posted at this website (and easily found with a quick website search from the www.doctoryourself.com mainpage.)

If you are not taking into your body every day foods that help the body expel toxins, then toxins are accumulating in your body and WILL cause your body damage!
http://www.dailymail.co.uk/health/article-1388888/GM-food-toxins-blood-93-unborn-babies.html

By: Dr. Lai Chiu Nan
It has worked for many. If it works for you please pass on the good news. Dr. Lai is not charging for it, so we should make it free for everyone. Your reward is when someone, through your word of mouth, benefits from the regime. Gallstones may not be everyone’s concern. But they should be because we all have them. Moreover, gallstones may lead to cancer. “Cancer is never the first illness,” Dr. Lai points out. “Usually, there are a lot of other problems leading to cancer.
In my research in China , I came across some materials which say that people with cancer usually have stones. We all have gallstones. It’s a matter of big or small, many or few.
One of the symptoms of gallstones is a feeling of bloatedness after a heavy meal. You feel like you can’t digest the food. If it gets more serious, you feel pain in the liver area.” So if you think you have gallstones, Dr. Lai offers the following method to remove them naturally.
The treatment is also good for those with a weak liver, because the liver and gallbladder are closely linked.
Regimen:
1. For the first five days, take four glasses of apple juice every day. Or eat four or five apples, whichever you prefer. Apple juice softens the gallstones. During the five days, eat normally.
2. On the sixth day, take no dinner.
3. At 6 PM, take a teaspoon of Epsom salt (magnesium sulphate) with a glass of warm water.
4. At 8 PM, repeat the same. Magnesium sulphate opens the gallbladder ducts.
5. At 10 PM, take half cup olive oil (or sesame oil) with half cup fresh lemon juice. Mix it well and drink it. The oil lubricates the stones to ease their passage.
The next morning, you will find green stones in your stools. “Usually they float,” Chiu Nan notes. “You might want to count them. I have had people who passes 40, 50 or up to 100 stones. Very many.”
Even if you don’t have any symptoms of gallstones, you still might have some. It’s always good to give your gall bladder a clean-up now and then.
Now you know!!!!
source: http://happyhomemaker88.com/tag/dr-lai-chiu-nans-gallstone-natural-remedy/

Processed foods hide some dirty secrets. Here’s how and why to avoid them.
http://www.rodale.com/processed-foods

The world sends us garbage. We send back music. – Favio Chavez
http://www.kickstarter.com/projects/405192963/landfill-harmonic-inspiring-dreams-one-note-at-a-t