What week would be complete without a major social media network update? Facebook decided to tweak the EdgeRank algorithm—a change Social Media Examiner investigated in its article Facebook News Feed Updates: How Marketers Should Respond to Story Bump. It will be interesting to see how this shifts the effectiveness and the shelf life of Facebook posts.
http://mail.digitalmarketer.com/ct/32155885:9719420652:m:1:750461629:15C46ADB41250387D6E2A262DA0C4D18:r

About two years ago, Google launched SSL Search on Google.com as the default for signed in users, as a measure to protect user privacy. This encrypted search meant not providing keyword search data through analytics to websites that these users visited. As a webmaster, you would see that you were getting this traffic from Google, but the keywords would be unknown, as Google would label this traffic Not Provided.
http://www.webpronews.com/the-google-not-provided-problem-isnt-getting-any-better-2013-09

Last week I was poisoned at Robina Town Centre. Admittedly, the word “poisoned” may be a bit over-the top, but not much. I arrived there feeling fine, and within 30 minutes I felt slightly ill. In an hour I felt much worse, and after an hour and a half breathing the chemicals in the air, I started to faint. Fortunately, there was someone there to catch me and help me to my car.
I would have complained to Robina Town Centre, or to some individual stores, but why bother? They have never answered any letters or phone calls I’ve made about the quality of their air, and I’ve made a few during my 28 years as Director of Hippocrates Health Centre. I made the calls because nearly everyone who attended our centre told us that they had to limit their time in shopping centres, or stay out of them entirely, because of the bad air. Further, hundreds of persons in the many seminars I’ve given raised their hands when I asked if the air in shopping centres made them ill.
This is a scandal, and something needs to be done about it, for the sake of the people who work in the centres, day in, day out, breathing dangerous chemicals, many of which haven’t been properly tested, and some of which are well known to cause serious respiratory illnesses and cancer. For sceptics, there is abundant, persuasive scientific proof of these dangers in books written by prestigious scientists.
It’s clear that shopping centres are not going to do anything about this. But unions and government agencies can, and should, do something to protect people from dangers in the workplace. We customers have a choice – we can elect to shop in safe places, but shopping centre workers are economic captives!
*****
We have sent the above letter to several organisations that are in a position to make changes, and we will notify you when and if we hear from them. Meantime, let us know if spending time in a shopping centre leaves you feeling foggy-headed, dizzy and generally unwell, as so many people have reported to us.
Yours in good health
Elaine Hollingsworth

I know this will come as a major shock to absolutely nobody I know…
UK commercial baby foods don’t meet infants’ dietary weaning needs, because they are predominantly sweet foods that provide little extra nutritional goodness over breast milk, indicates research published online in Archives of Disease in Childhood.
http://www.sciencedaily.com/releases/2013/09/130909201325.htm

Decades ago, one of the most prominent vaccine scientists in the history of the vaccine industry — a Merck scientist — made a recording where he openly admitted that vaccines given to Americans were contaminated with leukemia and cancer viruses.
http://www.naturalnews.com/041963_vaccines_cancer_viruses_Dr_Maurice_Hilleman.html

Aluminum is considered by most health authorities perfectly acceptable to eat, wear as an antiperspirant, and inject into your body as a vaccine adjuvant, but new research indicates it has cancer-causing properties, even at levels 100,000 times lower than found in certain consumer products…
…A key implication of this research is that the common ingestion (food additive), injection (as a vaccine adjuvant), and topical application (antiperspirant) of forms of aluminum may be contributing to the burgeoning cancer epidemic in exposed populations.
http://www.greenmedinfo.com/blog/cancer-causing-metal-millions-eat-wear-or-have-injected-their-kids

It has been known for over 30 years that fluoridated public water is responsible for approximately 1/5th of all cancers diagnosed each year in exposed populations. In this amazing interview, Dr. Dean Burk, former NCI researcher and discoverer of biotin, reveals fluoridated water as a form of “public murder on a grand scale”…
http://tv.greenmedinfo.com/fluoridated-water-amounts-public-murder-grand-scale-dr-burk/

A new inclusion in my top food bars…
http://www.greenmedinfo.com/blog/black-seed-remedy-everything-death 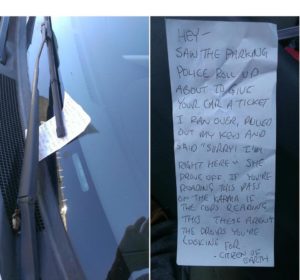