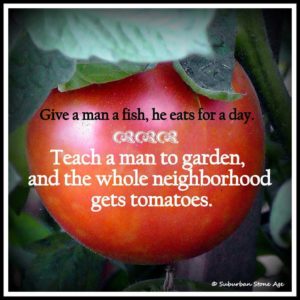 Fermented foods are a wonderful way to make your bowel flora happy and keep your immune levels high. Fermented foods include everything from sauerkraut, kim-chi, tempeh, miso and pickled veggies. Making your own nut cheese is another easy option. All you need is almonds, herbs, a probiotic and miso paste. Check out the recipe below:
http://www.liveituphealth.com/blog/2013/09/06/fermented-foods-almond-cheese-recipe/

I have been making a non-grain breakfast cereal (chia, millet, quinoa, cranberries, goji berries, cinnamon) for my wife, then my son, now a friend. Heard arrowroot was really good for calcium absorption so I was checking it out and came across this neat little resource cooks will find really useful:
http://www.foodsubs.com/ThickenStarch.html

Nice to see other health researchers coming up with the same ideas I have. My top food bar has over 150 ingredients with known anti-cancer properties in it. Just one of them, turmeric, was just found in trials to reduce pancreatic cancer spread by 42%.
If you have a body, have a read of this!
http://www.greenmedinfo.com/blog/free-access-seminal-paper-integrating-top-10-dietary-supplements-cancer-care

Microsoft Office, Windows and Server platforms suffer from remote code execution flaws, Redmond has revealed.
The vulnerabilities would be fixed as part of its Patch Tuesday set of 14 updates.
It included a Microsoft Office 2007 and 2010 flaw that could be triggered by merely previewing an email in Outlook.
Qualys CTO Wolfgang Kandek said that flaw contained within second bulletin should be a prioirty fix.
“Bulletin two should be high priority for your desktop security team,” Kandek said.
Other fixes deemed critical, Microsoft’s highest rating, update the company’s Sharepoint Server product, Internet Explorer versions 6 to 10, and operating systems Windows XP and Windows Server 2003.
Bulletins ranked “important” also included fixes for remote code execution flaws and vulnerabilities that could allow an attacker to carry out a denial-of-service, or give saboteurs elevated privileges.
Another security issue, which could allow users’ private data to be disclosed to attackers, will also be plugged with the Patch Tuesday update.
http://www.scmagazine.com.au/News/356192,microsoft-outlook-flaw-exploited-with-email-preview.aspx

One big announcement came from Google, which revealed its Keyword Planner has replaced Keyword Tool. Google now requires you to log into an AdWords account to accomplish tasks formerly handled by Keyword Tool, and this Google support post covers what this means for SEO strategists.
http://mail.digitalmarketer.com/ct/32155882:9719420652:m:1:750461629:15C46ADB41250387D6E2A262DA0C4D18:r
The Keyword Planner, in combination with some impressive new reporting features, is helping shape the way SEO is performed and measured across the Google platform. The Inside AdWords blog covered this in Analyze and optimize your search footprint with the new paid & organic report—a piece I plan to read in full, because I believe it signals the beginning stages of a Web traffic game changer.
http://mail.digitalmarketer.com/ct/32155883:9719420652:m:1:750461629:15C46ADB41250387D6E2A262DA0C4D18:r