“Most reports cited an increase in search spend anywhere from 13% to 29% year over year, partially driven by an overall increase in click volume. Kenshoo noted that click-through rates on the Yahoo! Bing Network were 29% higher than Google.
Marin found that Yahoo! and Bing are continuing to show solid growth in aggregate click volume, with an increase of 9% year over year, as well as a 9% increase in click-through rate.”
http://advertising.yahoo.com/blogs/advertising/search-engine-marketing-remains-key-growing-part-digital-183612184.html

I was disappointed to learn that of 24 major electronics companies, Nintendo was the only one to get a zero on its efforts to get slave-mined conflict minerals from the Congo out of its products.
Armed groups in the Congo round up villagers at gunpoint and force adults and children to dig for minerals used in electronics, from your cell phone to your gaming console. While other big companies have taken steps to make their products free of these slave-mined conflict minerals, Nintendo has just been ranked dead last in the industry in a report by the anti-genocide group, the Enough Project.
As Nintendo is getting ready to launch its newest Wii, it cannot ignore its responsibility to look at the connection between slave-mined minerals in the Congo and its products.
Will you join me in calling on Nintendo to take the first step and audit its supply chain?
http://www.walkfree.org/en/actions/nintendo 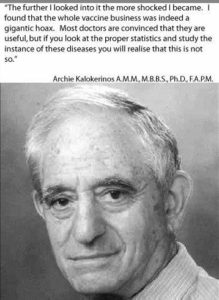 Windows 8 has a completely new interface and is therefore a dramatic change for those of us used to the previous versions of it. Here is some data that may be of assistance to those wanting to do things they way we have for the last 17 years.
Windows 8: Is Microsoft’s new OS too odd to handle?
http://www.theregister.co.uk/2012/10/24/windows_8_should_you_upgrade/
Link to the start shells & some other useful tips in Microsoft’s ’official’ Windows 8 Survival Guide leaks – what you really, really need to know.
http://www.theregister.co.uk/2012/10/25/reg_kb_surviving_windows/

Support for Kill List and NDAA make Obama and Romney unfit for office:
It wasn’t so long ago that the following statement could only appear in a dystopian novel or movie script:
The U.S. President has killed an American citizen without
due process, without even charging him with a crime. His decision to do this has been challenged by members of neither party.
While the media-fueled frenzy goes on about how supposedly different Romney and the conservatives are from Obama and the liberals, no one even raises an eyebrow about this terrifying political development.
Not even the left, which quite correctly howled at passage of the Patriot Act and the Bush administrations’ other assaults on freedom.
Bush and the Republicans committed egregious crimes against liberty, but did not go near this far in violating the even more important right to life.
The president makes a mockery of the term “due process” by claiming that the requirement is fulfilled by a panel of his own self-appointed czars and cronies reviewing the case. This doesn’t even pass the constitutional test. The panel is exclusively comprised of members of the executive branch of government. Judicial power is explicitly denied to the executive by the plain words of the constitution.
At any previous time in American history, a summary execution by the executive without due process would have been considered cold blooded murder and an act of tyranny. Yet, it has happened in the light of day and neither the political class nor the citizenry has batted an eye.
If even this does not rouse American citizens to stand up to their government, to what would they conceivably say “no?”
Given Romney’s endorsement of the president’s action, there is a well-worn term that applies to both candidates for president. “Unfit for office” has been wasted in the past on extramarital affairs or scandals involving some misappropriation of funds in private business. Like the cry of “wolf!” its impact has been eroded by overuse.
However, it is a gravely serious charge. It denotes a fundamental moral failing that puts a candidate completely beyond consideration.
Both President Obama and Mitt Romney are unfit for office due to their support for the presidential kill list. Regardless of where they stand on economic policy, foreign policy or social issues, this position alone should disqualify them in any civilized society.
So why hasn’t it?
The only possible answer is that the American public has become so numb to the exercise of arbitrary power that they are unable to even raise a bleat while being led to the slaughter.

This whiteboard animation shows what happened when Hitler lied to get elected and people don’t care or pay attention to the lies of their leaders, until they do care…and at that point, it is too late. Parts of this video are narrated by a man who served as a German soldier and a German woman who lived right by the railroad tracks the cattle trains ran on that carried the Jews to their deaths.
https://www.youtube.com/watch?v=EH_Izul6J5M

The Obama Administration denied help to those attacked and killed by terrorists at the US consulate in Benghazi on September 11
http://www.mrc.org/press-releases/liberal-media-are-accessories-benghazi-cover 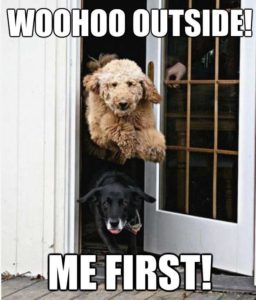