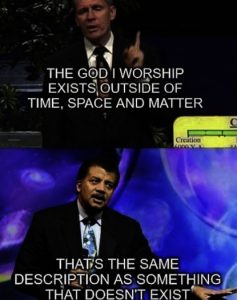 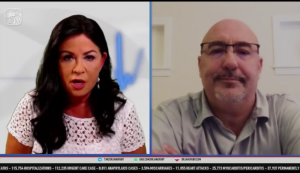 In this worldwide exclusive, Dr. Jane Ruby meets with board-certified Embalmer and Funeral Director, Richard Hirschman who reveals, for the first time ever, arteries and veins filled with unnatural blood clot combinations with strange fibrous materials that are completely filling the vascular system.
https://www.redvoicemedia.com/2022/01/worldwide-exclusive-embalmers-find-veins-arteries-filled-with-never-before-seen-rubbery-clots/ 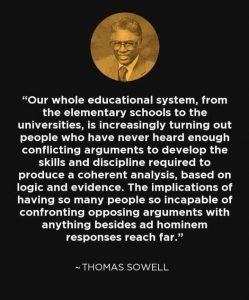 THE THREE MEN WHO OWN CORPORATE AMERICA

Over the past 38 years working as a reporter, I’ve spoken with many medical people. Doctors, researchers, public health bureaucrats, business executives whose companies supply products to the medical industry, professors, etc.

In every case, these people completely and utterly support conventional medical reality. They are unshakable. A man like Fauci says jump and they jump. To do otherwise would be unthinkable.

As you read on, you’ll see why this is important…

Airlines, hotel chains—you name it, they all folded when the lockdowns were imposed. They closed up shop, they took a knee, they opted for bailouts. Why?

The CEOs of these corporations are supposed to be hard chargers and ruthless operators. Why didn’t they rebel?

I could cite several reasons. Here I want to focus on a little-known and staggering story.

Imagine an employee of a company is motivated to speak out against the lockdowns and go public. Then he thinks about the owner of the company. That owner happens to sit on the board of a large hospital.

Uh oh. That owner is SOLIDLY WIRED into official medical reality. He isn’t going to appreciate a naysayer who says the lockdowns are a ridiculous and destructive overreach. Better to stay quiet. Better to fit in and go along.

Well, it so happens that three of the most powerful corporate bosses in America DO have deep connections to major hospitals, and these three men run corporations that OWN CORPORATE AMERICA.

Buckley is a board member of the Children’s Hospital of Philadelphia. From 2011 to 2017, he was chairman of the hospital’s board of trustees.

Hooley serves on the president’s council of Massachusetts General Hospital.

Fink is the co-chair of the NYU Langone Medical Center board of trustees.

Let’s look at their investment funds: State Street, BlackRock, and Vanguard—known as The Big Three. The reference is an article at theconversation.com, “These three firms own corporate America,” 5/19/17, by Jan Fichtner, Eelke Heemskerk, and Javier Garcia-Bernardo.

“Together, BlackRock, Vanguard and State Street have nearly US$11 trillion in assets under management.”

“We found that the Big Three, taken together, have become the largest shareholder in 40% of all publicly listed firms in the United States.”

“In the S&P 500 – the benchmark index of America’s largest corporations – the situation is even more extreme. Together, the Big Three are the largest single shareholder in almost 90% of S&P 500 firms, including Apple, Microsoft, ExxonMobil, General Electric and Coca-Cola.”

“What is undeniable is that the Big Three do exert the voting rights attached to these shares. Therefore, they have to be perceived as de facto owners by corporate executives.” (emphasis mine)

“Whether or not they sought to, the Big Three have accumulated extraordinary shareholder power, and they continue to do so…In many respects, the index fund boom is turning BlackRock, Vanguard and State Street into something resembling low-cost public utilities with a quasi-monopolistic position.”

That CEO has a HUGE reason to forget about being an old-time hard charger.

He has a reason to swallow his anger when he’s told to lock down and shut down.

He has a reason to knuckle under and play the game.

He has a reason to surrender to a story about a virus and Fauci and Bill Gates.

He has a reason to stand down and stand aside and watch economic devastation sweep over the land.

HIS CORPORATION IS OWNED BY THE BIG THREE, AND THE OWNERS OF THE BIG THREE ARE LOYAL MEMBERS OF THE MEDICAL COMPLEX…THE COMPLEX THAT FORMS THE CURRENT POLICE STATE THAT HAS SUBDUED THE WORLD, UNDER THE FALSE BANNER OF “SAVING HUMANITY FROM THE VIRUS.”

I keep telling you we’re now living in a medical civilization.

From the financial side of things, you’ve just read how that is so.

The three men who own corporate America are also medical denizens.

This is even more incontrovertible evidence.

We all know the superb benefits of vitamin C: it stops scurvy (Latin: scorbutes, hence a-scorbic acid!) It is needed to make collagen, a fibrous protein in connective tissue that is weaved throughout various systems in the body: nervous, immune, bone, cartilage, blood, and others.

That means it’s good for varicose veins, which need collagen for support!

The vitamin helps make several hormones and chemical messengers used in the brain and nerves, says the Harvard website.1

It is essential to wound healing, as is zinc.

It’s a powerful antioxidant. It gives electrons to substances which have been stripped of electrons, a process called oxidation.

It’s antimicrobial and has saved countless lives in massive doses when used in pneumonia, sepsis (septicemia), childbirth and other overwhelming infection situations.

It has a DEFINITE anti-cancer effect. It can be cytotoxic (kills tumor cells) in concentrations as little as 3 gm per 100.

But did you know vitamin C is needed for maintenance of muscle mass as you grow older? It stops us becoming weaklings as we age! That’s relatively new research.

Vitamin C is good at all sorts of levels, yet orthodox doctors and nutritionist INSIST you don’t need much of it. Well you DO! Goats and other animals need about 12 gms a day, says Mother Nature. We are about the size of a goat and so we NEED 12 – 15 grams too. Whereas the official allowance (RDA) is just a piffling 65 – 100 mgms daily, we actually need 100 times that amount, or more, every day: 10,000 mgms = 10 grams.

That’s a minimum, not a maximum. When we are sick, requirements of vitamin C can go up exponentially. We can administer 100 grams, 200 grams, IV to a seriously ill patient and still no excess vitamin C spills into the urine. That’s a sure sign it was all gobbled up —it was needed. 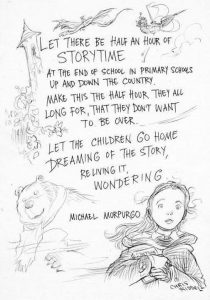 Evidence from the front line in the war against us. 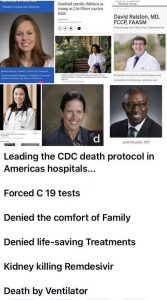 It was about 57 years ago a guy checked out of hospital saying, “Hospitals are no place for sick people.” He checked into a motel and cured himself of Alkalizing Spondylitis by watching comedies for 6 months. Check out Norman Cousin’s Book “Anatomy of an Illness”. 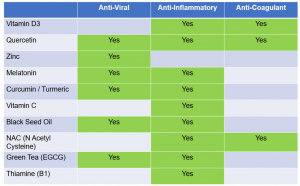 Here is a useful table showing non-drug alternatives you may wish to discuss with you primary health care professional.