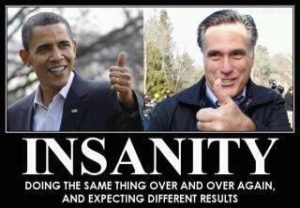 A new study has shown that customers in nail salons could be putting themselves at risk for the deadly disease, Hepatitis. http://articles.mercola.com/sites/articles/archive/2012/01/16/hepatitis-b-from-manipedis.aspx

“It’s easy to campaign on lower taxes, less spending and fewer regulations – it’s another thing entirely to stand up for these limited government principles when the entire Washington establishment is aligned against you. Yet for more than three decades Ron Paul has cast thousands of lonely votes in our nation’s capital based on the constitutional principles that this country was founded on – and that the Republican Party has promised to protect. Yet while generations of politicians – including far too many Republicans – were losing their way or caving to the status quo, Ron Paul was standing as a Tea Party of one against a towering wave of red ink.”
“2012 marks the fifth consecutive year in which the federal government is going to spend well over $1 trillion in money it doesn’t have. Each and every American taxpayer is now on the hook for $135,000 worth of federal debt – and last year’s debt deal adds another $7 trillion in deficit spending over the coming decade. Meanwhile the U.S. Senate hasn’t passed a budget in nearly 1,000 days.”
“I’m endorsing Ron Paul because enough is enough. Despite this wave of unprecedented government spending, our unemployment rate has remained above 8 percent for the last 34 months and 146.4 million Americans – one out of every two people in this country – are now classified as poor or low-income.”
“Government activism and government intervention clearly hasn’t fixed our economy – which is why the Republican Party needs a nominee who isn’t wedded to that failed approach. We won’t chart a path to fiscal solvency or victory in November by running toward the failed ideas of the left – we will achieve those victories by returning to the principles that the Republican Party once stood for.”
“That is why I am proud to endorse Ron Paul for president.”
“Ron Paul’s record matches his rhetoric, his fiscal plan matches the fiscal challenges that our nation is facing and his movement represents the taxpayers whose interests have been ignored in the political process for far too long.”
“I’m also endorsing him because unlike what the pundits have led you to believe, he is the candidate who gives the Republican Party the best chance to beat Barack Obama in November.”
“We have a choice: We can keep electing c candidates who talk about change only during political campaigns as a way to get elected, or we can finally elect a candidate who will walk the walk and make that change a reality – restoring our bottom line, our individual liberties and our national pride in the process.”
To learn more about Senator Tom Davis visit www.senatortomdavis.com

Blake Filippi, a lawyer from Rhode Island, talks about Ron Paul and a new strategy that a group of attorneys are pursuing to fight the portions of the NDAA that infringe upon our liberties by exercising states’ rights. http://www.youtube.com/watch?v=EMWeZ7J_DeM

You create the future!
Make sure it’s the future you want!
Put energy (thought, time, effort, money) towards that which you want.
Otherwise you will get what others put their energy towards.
And there’s a lot of energy going towards the destruction of your health and freedom.
It does not mean to say the biggest force always wins.
A combination of force and intelligence will beat a larger force.
Spread the word… …intelligently.
And put some energy towards the future you would like to create,
on a personal, familial, work, country and societal level.

Love is energy… HAPPINESS -It starts with us.. Lets be the change! Its as easy as a smile from your heart. http://www.youtube.com/watch?v=fOJzKMZCdCA

Scientists have found a strong link between increasing levels of nitrates and nitrites in our food supply and increasing death rates from Alzheimer’s, diabetes mellitus and Parkinson’s disease. Fortunately, Vitamin C taken with nitrates tends to nullify the damaging effects of them. http://www.foodmatters.tv/_webapp_226337/Nitrates_in_commercial_foods_more_dangerous_than_we_first_thought

As protests against financial power sweep the world, science may have confirmed the protesters’ worst fears. An analysis of the relationships between 43,000 transnational corporations has identified a relatively small group of companies, mainly banks, with disproportionate power over the global economy. http://www.newscientist.com/article/mg21228354.500-revealed–the-capitalist-network-that-runs-the-world.html

The diagnosis, which is apparently known by the government, is being kept from the girls and their families. http://cryptogon.com/?p=26972

“CERN has joined a long line of lesser institutions obliged to remain politically correct about the man-made global warming hypothesis. It’s OK to enter ‘the highly political arena of the climate change debate’ provided your results endorse man-made warming, but not if they support Svensmark’s heresy that the Sun alters the climate by influencing the cosmic ray influx and cloud formation.” http://www.theregister.co.uk/2011/07/18/cern_cosmic_ray_gag/