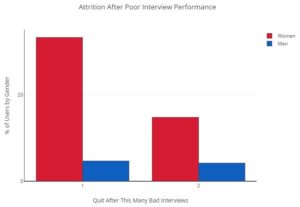 This was a very intersting blog highlighting differences bewteen men and women.
https://blog.interviewing.io/we-built-voice-modulation-to-mask-gender-in-technical-interviews-heres-what-happened/

Pakistan's Iron Lady Muniba Mazari will tell you why failure is an option, but giving up is notTo watch the full video in HD or to embed it on your website, go here: http://bit.ly/2yuxnEE

Posted by Goalcast on Wednesday, 18 October 2017

Insanity appears to prevail in the highest of places. It is long past time sanity prevailed.

October 14, 2017 The Unraveling of American/Russian Relations by Paul Craig Roberts

Dear Readers: I agree that the official Las Vegas story seems to be unraveling. A public mass shooting should be transparent, not opaque. I think we explored the story long enough to discover that without knowing the facts, we cannot arrive at an explanation with confidence.

It is time to move on to another unraveling—that of US/Russian relations. This unraveling is far more serious as it threatens life on earth. I have warned of the consequences of Washington threatening Russia’s security by breaking agreement after agreement, by placing missile bases on Russia’s borders, by orchestrating anti-Russian coups in former Soviet provinces, and by a continuing volley of false accusations against Russia. There is no act more reckless and irresponsible than to make one nuclear power fear nuclear attack from another.

Alert observers have become aware of the mounting danger. Canadian professor Michel Chossudovsky writes that Washington has taken nuclear war from a hypothetical scenario to a real danger that threatens the future of humanity. https://www.globalresearch.ca/towards-a-world-war-iii-scenario-breaking-the-big-lie/5348384

Mikhail Gorbachev, the Soviet leader who worked with President Ronald Reagan to end the Cold War and the threat of nuclear Armageddon, has appealed to President Trump and President Putin to hold a summit meeting and bring an end to the rising tensions. Gorbachev wrote in the Washington Post that “it is far from normal that the presidents of major nuclear powers meet merely on the margins of international gatherings.” This is especially the case as “relations between the two nations are in a severe crisis.” http://www.informationclearinghouse.info/48004.htm

Gorbachev’s warning could be an understatement. Last March, General Viktor Poznikhir, the deputy commander of the Russian military’s Operation Command expressed concern that Washington could be preparing a surprise nuclear attack on Russia. See https://dninews.com/article/moscow-us-missile-systems-europe-may-lead-sudden-nuclear-attack-russia and http://www.newsweek.com/russia-us-global-missile-defense-lead-nuclear-war-europe-591244 and https://www.yahoo.com/news/russian-officials-u-global-missile-192829855.html

Had any such statement from the Russian high command been issued anytime during the 20th century Cold War era, the President of the United States would have immediately contacted the Soviet leader and given every assurance that no such plan or intentions toward Russia existed. As far as I can tell, the Trump White House let this ominous announcement pass unremarked. If this is the case, it must have provided confirmation to the Russians’ conclusion.

For some time I have pointed out that the entirety of the West, both the US and its vassal states, continue to ignore very clear Russian warnings. Gilbert Doctorow has made the same point. https://www.strategic-culture.org/news/2017/10/10/deaf-ear-dire-russian-warnings.html

Perhaps the most clear of all was Putin’s public statement that “Russia will never again fight a war on its own territory.” If Washington’s EU vassals did not hear this clear warning that they are courting their nuclear destruction—especially the Poles and Romanians who have mindlessly hosted US missile bases—they are as deaf as they are stupid.

One Russian official told the idiot British government to its face that if the British threat to first use nuclear weapons is directed at Russia, if such an attempt is made, Great Britain will disappear from the face of the earth.

There is no doubt that that would be the case.

So why do Washington’s impotent vassals talk tough to Russia, a government that only desires peace and has threatened Britain in no way. Nor has the Russian government threatened France, Germany, Italy, Belgium, Greece, Spain, Portugal, the Netherlands, Sweden, Norway, Denmark, Finland, or any of the former Eastern European vassals of the Soviet Union that exchanged their captivity to the Soviet Union for captivity to Washington. Russia has not even threatened Ukraine, which Russia could wipe out in a couple of minutes. Why are all of these countries, apparently led by mindless, gutless two-bit politicians, aligned with Washington’s false propaganda against Russia?

The answer is money. The vassals are paid to go along with the lies. As Alain of Lille said as long ago as the 12th century, “not God, not Caesar, but money is all.”

What are the forces driving Washington’s provocation of Russia? There are three, and they comprise a vast conspiracy against life on earth.

One is the Neoconservatives. The Neoconservatives were convinced by the Soviet Collapse that History has chosen not the proletariat but American “democratic capitalism” as the socio-politico-economic system for the world, and that this choice by History conveys on America the status of the “indispensable, exceptional” country, a status that places America above all other countries and above international law and, indeed, America’s own laws.

America is so exceptional that it can torture people in total violation of both US law and international law. The government in Washington can, on suspicion alone without presentation to a court of evidence and conviction, confine US citizens indefinitely, torturing them the entire time, and can assassinate them at will without due process of law. This is the definition of a total police state tyranny. Yet Washington represents America as a “great democracy,” whose endless wars against humanity are “bringing democracy to the world.”

America is so exceptional that it can bomb other countries indiscriminately without officially being at war with those countries.

America is so exceptional that the separation of powers prescribed in the American Constitution can be totally ignored by the executive branch as, the Neoconservatives claim, the President has “unique powers” not limited by the Constitution, which, of course, is just another lie.

Russia, China, and Iran are targets of the Neoconservatives, as were Iraq, Afghanistan, Libya, Somalia, Syria, Yemen, and provinces of Pakistan, because these countries have/had independent foreign policies and are/were not Washington’s vassals.

The Neoconservative doctrine states that it is the “principal goal” of US foreign policy “to prevent the rise of Russia or any other state” that can serve as a constraint on Washington’s unilateralism.

The New York Times under this headline on March 8, 1992, explains the Wolfowitz doctrine:

Special to The New York Times

WASHINGTON, March 7 In a broad new policy statement that is in its final drafting phase, the Defense Department asserts that America’s political and military mission in the post-cold-war era will be to ensure that no rival superpower is allowed to emerge in Western Europe, Asia or the territories of the former Soviet Union.

A 46-page document that has been circulating at the highest levels of the Pentagon for weeks, and which Defense Secretary Dick Cheney expects to release later this month, states that part of the American mission will be convincing potential competitors that they need not aspire to a greater role or pursue a more aggressive posture to protect their legitimate interests.

The classified document makes the case for a world dominated by one superpower whose position can be perpetuated by constructive behavior and sufficient military might to deter any nation or group of nations from challenging American primacy.

Every state with an independent foreign policy is a constraint on Washington, especially states with nuclear capabilities such as Russia and China.

A second interest with incentive to provoke Russia is the US military/security complex. President Eisenhower, a five-star general, warned Americans in 1961 that the “military-industrial complex” was a threat to American democracy. Today the military/security complex is much more than a mere threat to American democracy. It has already taken over the US government and the Trump administration, which is run by generals, and it now threatens all life on earth.

The third powerful interest group leading to conflict with Russia is the Israel Lobby. In Washington the Israel Lobby is extremely powerful. If the Israel Lobby puts legislation or a resolution before Congress, it usually passes almost unanimously, as anyone who votes against it is likely to be eliminated in the next election.

The Israel Lobby is closely linked to the Neoconservatives, the principal figures of which are Zionist Jews tightly allied with Israel. Some are joint US/Israeli citizens. The Israeli influence in Washington is so strong that the Vice Chairman of the US Federal Reserve Bank is the former chairman of the Israeli Central Bank. Israel is so powerful in Washington that it even runs US economic policy.

The Zionists in Israel want to expand. Their doctrine is “from the Nile to the Euphrates.” That is the Zionist claim of the land that God gave to the Chosen People.

In pursuit of this goal, Israel twice sent the Israeli Army into southern Lebanon to occupy that part of the country in order to seize the Litani River, water resources that Israel desires.

However, twice the Hezbollah militia drove out the vaunted Israeli Army. Israel now fears to send the army again. Instead, Israel is using its power over the government in Washington to use the US military to put Syria and Iran in the same chaos as exists in Libya and Iraq. The reason is that Syria and Iran are the supporters of the Hezbollah militia. Deprived of support, Hezbollah can be defeated by Israel.

It is Israel, not the US government per se, that is driving the US to war with Iran. Israel, which almost always gets its way in Washington, is encountering difficulties. Washington’s EU vassals are opposed to renewing conflict with Iran. Europe is overwhelmed with problems, many of which stem from Washington’s wars, and doesn’t need the Iranian one again. Neither does the US military, defeated in Syria and unable to win in Afghanistan after 16 years against a few thousand lightly armed Taliban. Washington’s defeat in Afghanistan on top of the defeat in Vietnam has destroyed any fear of Washington’s conventional forces, which is why Russia and China expect the next war to be nuclear.

Moreover, if Russia will not tolerate Washington’s overthrow of Syria, Russia certainly will not tolerate Washington’s overthrow of Iran. And it is unlikely that China will either as, according to reports, China gets 20% of its oil from Iran. Indeed, the Russian and Chinese interest in Iran is so strong that it is inexplicable that the Israel Lobby thinks it is so strong that it can drive Washington into war with Iran. The hubris and arrogance of the Neoconservatives and the Israel Lobby are the greatest the world has seen since Hitler marched off into Russia.

If the dumbshits in Washington repeat this folly, the lights on Earth will be turned off. 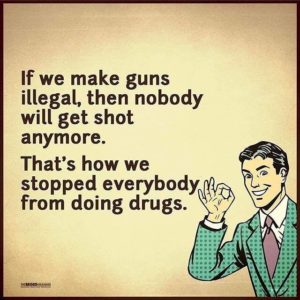 Brilliant expose of the illogic! 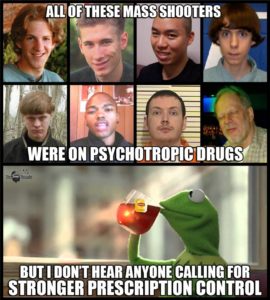 Here’s the “why” on people being degraded enough to commit these acts of atrocity. 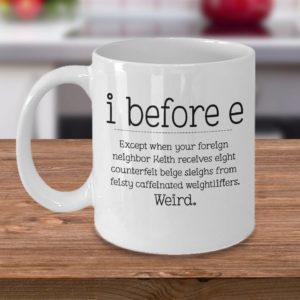 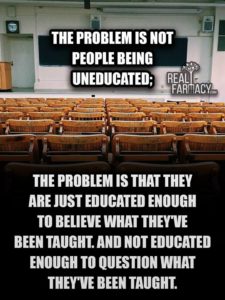 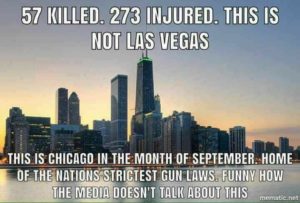 One either thinks with their head or their heart or they don’t think. 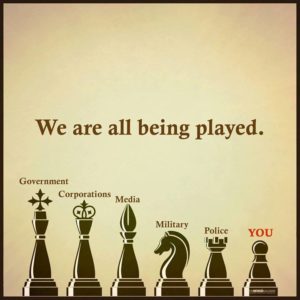 I saw the above on Facebok. Ross Walker correctly commented: The first 2 pieces are the other way around, corporates run the government. There’s a missing first piece too, being the “elite” who control everything.
My comment was:
Not even!
Many are below that.
They are broken pieces.
Our challenge is to continue to play the game WE have chosen to play while we wake up more people and fix the broken pieces. 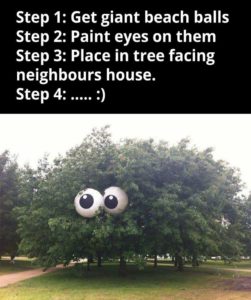 Golly gee gosh there are some creative wags around!