If you manage a web site that has images needing to be viewed on small and large screens this is useful data.
https://www.nngroup.com/articles/small-pictures-big-screens/ 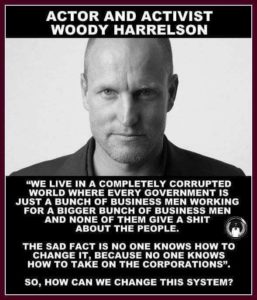 Most of us would not knowingly, deliberately fund a terrorist organisation.
Most of us unwittingly do, every day, through the purchases we make.
To avoid this, take the following steps:
MAJOR TARGET:
To reduce the power (income, personnel and influence) of the multinationals and increase your awareness, competence and survival potential.
OPERATING TARGETS:
Become more aware. (Ignorance is never bliss. It leads to unpleasant surprises, often with disastrous consequences.)
Inform and educate yourself as to the way The System works and tread a different path.
Add your voice to the campaigns promoting sanity over vested interests, government power, tyranny and corruption.
Start by reading labels and understanding what is in what you eat and who is the owner of the business from whom you are buying.
Don’t buy things you don’t need.
Pay down your debt.
Get more competent at communication and selling and marketing.
Transition to a job that is on your basic purpose line. (Chances are it won’t be working for a multinational.)
PRODUCTION TARGETS:
Buy local, patronise mum and dad business and local farmers organic markets.
Have 50% of my weekly expenditure go to non-multinationals within 3 months.
Have 70% of my weekly expenditure go to non-multinationals within 6 months.
Make the time to make more of your own food rather than buying preprepared and packaged food.
Have 70% of my food made at home within three months.
Have 90% of my food made at home within twelve months.
Sell what you have that you do not need.
Clear out non-used items and garage sale or otherwise sell them – 3 months.

I just discovered our age group! We are Seenagers. (Senior teenagers)
I have everything that I wanted as a teenager, only 50-60 years later.
I don’t have to go to school or work
I get an allowance every month.
I have my own pad.
I don’t have a curfew.
I have a driver’s license and my own car.
I have ID that gets me into bars and the wine store. I like the wine store best.
The people I hang around with are not scared of getting pregnant, they aren’t scared of anything, they have been blessed to live this long, why be scared?
And I don’t have acne
Life is Good! Also, you will feel much more intelligent after reading this, if you are a Seenager.
Brains of older people are slow because they know so much.
People do not decline mentally with age, it just takes them longer to recall facts because they have more information in their brains.
Scientists believe this also makes you hard of hearing as it puts pressure on your inner ear.
Also, older people often go to another room to get something and when they get there, they stand there wondering what they came for.
It is NOT a memory problem, it is nature’s way of making older people do more exercise.
SO THERE!!
I have more friends I should send this to, but right now I can’t remember their names.
So, please forward this to your friends; they may be my friends, too. 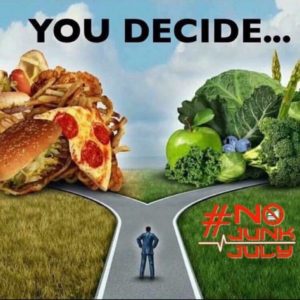 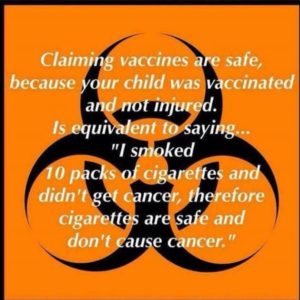 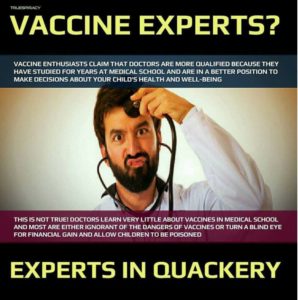 Recently I saw a video that went through each of the medical texts a doctor is required to read and exposed how little they included about vaccines. These meme, while very damning, also appears to be spot on the money. 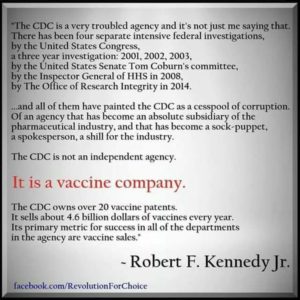 I didn’t distribute a drug called Factor VIII in the 1980’s tainted with the HIV virus intentionally, infecting and killing thousands of people around the world……
Bayer did that.
I didn’t experiment with the flu vaccine and expose mental patients and prisoners in Michigan to the pandemic virus in 1942……
Jonas Salk and the U.S. Government did that.
I didn’t launch a drug called Vioxx in 1999 while knowing that it increased the risk of fatal heart attacks and strokes before it even hit the market. This drug was responsible for at least 55,000 deaths in America……
Merck did that.
I wasn’t involved in the forced sterilization of immigrants, people of color, poor people,unmarried mothers, the disabled and the mentally ill that spanned 32 States in the first half of the 20th century…
The U.S. Government was.
I wasn’t behind the illegal clinical trial of the drug Trozan in Nigeria in the 1990’s during a meningitis epidemic that left 11 children dead. The Nigerian Government did not authorize this trial and was without parental consent.
Pfizer was.
It wasn’t me that told African American males that they were being treated for “bad blood” after luring them in with free meals, free physicals and free burial insurance. Some of the men had syphilis,others were given the deadly venereal disease.The study was later discovered to be an experiment of syphilis left untreated…
Again, it was the U.S. Government.
I certainly did not publish a flawed study and misled doctors into prescribing the dangerous antidepressant Paxil to children and had the public thinking that it was safe.
That was GlaxoSmithKline.
I was not involved in the 1956-58 U.S. Army experiment involving dropping hundreds of thousands of specially bred mosquitoes to see if they could be used as biological weapons,specifically, yellow fever.
I’ll say it one more time, the U.S. Government was.
Not one of the aforementioned examples here are conspiracy theory, they are factual and verifiable.
We are led to believe these types of things no longer occur, we cannot entrust the pharmaceutical industry through government enforcement to have our best interests in mind.
I did not plant doubt in my mind, their actions did. Their desire to control everything in their sights made me this way. 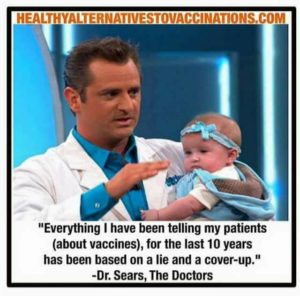 Finally doctors with integrity are wakening up to the despicable cover up and corruption of the pharmaceutical industry and they are coming out to talk about it……please listen…
http://healthyalternativestovaccines.com/