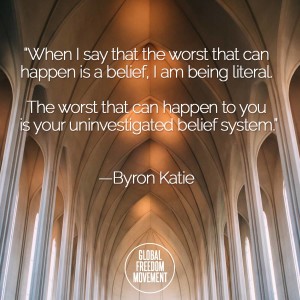 Many, dare I say most, are bound by the uninspected chains of their belief system.
It takes rare courage to look, actually look, and see what is there.
Only the very bravest and the very brightest attempt looking.
And most of them are distracted or shy away from the truth they observe.
Most are so far below the ability to look that they require lots of help to rise to that level.
They have been so badly harmed, so they believe, they daren’t look for fear that which is looked at will bite them, yet again.
Little do they know they are indestructible.
They cannot be hurt except by their agreement.
One must be willing to confront anything and everything, good and evil, if he would be free.
He must not resist being the effect of anything lest he become it.
He must strive always to attain his desired future reality and never lose sight of it.
Despite obstacles, distractions, dispersals and demotivations. 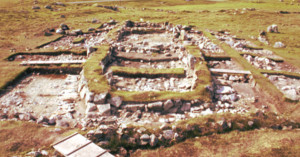 Archaeologists excavating on the site of some recently discovered ruins on the northern coast of Western Australia, may have just made the greatest find in the history of the country: the remains an 11th century Viking settlement.
http://worldnewsdailyreport.com/australia-archaeologists-unearth-ruins-of-viking-trade-center/ 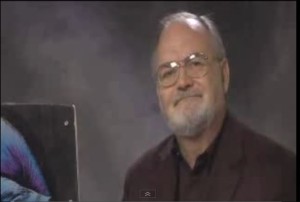 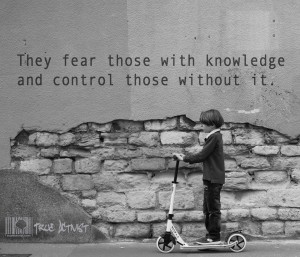 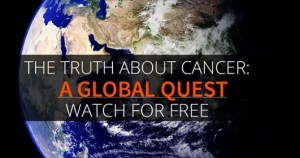 I am listening to this right now. I am learning heaps and having past learning reinforced.
Inflammation and cancer go hand in hand.
“Reduce inflammation and you prevent cancer from forming.” – Dr Russell Blaycock
“If you eat real food you are going to be eating an anti-cancer diet.” – Mike Adams
“Vegetables are our most important food in the fight against cancer.” – Cherie Calbom “The Juice Lady”
“There are two parts to healthy diet- one is avoiding the bad stuff, the other is taking advantage of the good stuff.” – Ocean Robbins CEO Food Revolution Network
Essiac Tea – a blend of herbs given her by an Indian Medicine man.
In an interview with Ty Bolinger for his series on The Truth About Cancer, Dr Mathias Rath says:
“During the first half of the twentieth century no less than 9 Nobel Prizes were awarded for vitamin research for the benefit of vitamins for human health.
“In 1963, the German government, under pressure of Bayer, launched what is called Codex Alimentarius Commission with the goal to make sure that vitamins and the benefits of vitamins for human health are being eliminated world wide.
“So you can see, it is not just you and us talking about cancer, there is a century long tradition of crime against human health.
“And when you follow that trek, a lot of the things we will be talking about today will become easier to understand for the people who watch this interview.:- Dr Mathias Rath
You really should do yourself a favour and what this for free while you can. If your time is limited this week, do yourself the second best favour you can. Buy the series to you can watch it when you have time.
PutLinkHere 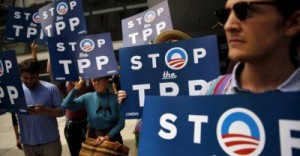 In a 9 October column on his website entitled “Hillary, Bernie, and the Banks,” former Clinton Administration Labor Secretary Robert Reich issues a direct warning that “Wall Street is on the road to another crisis,” and that the only solution is resurrecting Glass-Steagall.
Reich starts off by saying that “giant Wall Street banks continue to threaten the well being of millions of Americans.” He notes presidential pre-candidate Bernie Sanders’ support for Glass-Steagall, Hillary’s attempts to deflect the subject, and the Republicans’ “don’t worry” stance. “Clearly, there is reason to worry,” he continues, noting the increase of Wall Street ownership of banking assets to over 45 per cent, and the “hidden federal guarantee” which they are counting on, which he says is worth over “$80 billion a year to the big banks.” They expect to be bailed out if there’s trouble, and “they’ll almost certainly get into trouble again if nothing dramatic is done to stop them.”
“Wall Street is on the road to another crisis,” and it would “take a huge toll”—on the American people.
He then dissects Hillary’s proposals of this week to show that they amount to nothing but an invitation to “more dilution and finagle,” à la Dodd-Frank. Conclusion: “The only way to contain the Street’s excesses is with reforms so big, bold, and public they can’t be watered down—busting up the biggest banks and resurrecting Glass-Steagall.”
http://cecaust.com.au/main.asp?id=free_AAS_latest.html

Now semi-decomissioned, radioactive waste continues to leak from its 177 underground tanks containing roughly 55,000,000 gallons of highly radioactive “heavy” water. This is likely the biggest U.S. nuclear crisis you have never heard of.
Admittedly, this Fukushima style facility (of which quite a few exist in the US) has only failed to contain 68 of its 177 tanks. This crisis continues to pollute the Colombia River today, and has gotten worse as whistleblowers continued to be fired.
http://yournewswire.com/video-the-massive-nuclear-crisis-in-the-u-s-no-one-talks-about/ 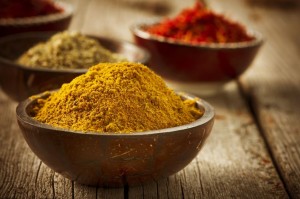 Check out the statistics on it…
http://www.vaccineinjury.info/survey/results-unvaccinated/results-illnesses.html?