Did you know that skim milk was once an industrial waste product used by farmers to fatten up pigs? If it does that to them, what do you think it does to us?
“Researchers at the Harvard medical school found that, contrary to their hypothesis, “skim and 1% milk were associated with weight gain, but dairy fat was not.”
6 Secrets You Don’t Know about Skim Milk from Butter Believer:
http://butterbeliever.com/fat-free-dairy-skim-milk-secrets/

by Hiyaguha Cohen
Daily Health Tip ImageIt’s always thrilling when new research discovers that a favorite treat isn’t poison, after all. We’ve learned that chocolate may actually benefit body and soul, red wine is a must-have for a healthy heart, and coffee delivers a plethora of health advantages along with the caffeine buzz. And now, there’s one more pro-coffee study to be pleased about. Investigators from the University of Athens have discovered that coffee can make you live a lot longer, but there’s a catch. The coffee has to be boiled, Greek-style.
The researchers made the discovery while investigating why residents from the Greek island of Ikaria live longer than practically anyone else in the world. The chances of living past the age of 90 on Ikaria beat the rest of Europe by 10 times. Only 0.1 percent of Europeans survive past the 90-year mark, but on Ikaria, a full one percent live that long. Those are still not great odds, but certainly they’re far better than in Lithuania or Italy or Great Britain. Not only that, but the Ikarian old timers live out their 90s in comparatively good health.
After controlling for other factors, the researchers discovered that the one thing that set the Ikarians apart is their habit of drinking a cup of Greek coffee every day. It turns out that 87 percent of the study participants–a total of 142 individuals over the age of 65–drink a daily cup of Greek coffee. Greek coffee, it seems, is a far cry from Starbuck’s latte. The brew has to be boiled for a while in a special pot that makes the steam rise to the top. The subjects who drank other types of coffee didn’t get the longevity boost.
The Greek coffee, it seems, improves endothelial function. Endothelial cells line the inside of blood vessels and help to control inflammation, blood pressure, clotting, and the transit of materials and white blood cells into and out of the system. Better endothelial function, then, means a better likelihood of maximizing the health potential of all those functions. And the subjects who drank Greek coffee had better endothelial function than the other subjects, and that held true even among subjects who had high blood pressure.
If you want to reap the benefits of Greek coffee yourself, you can either hop a plane to Ikaria or concoct your own brew at home. You need to find Greek coffee, which is very finely ground, and then locate a special Greek coffee pot, known as a briki. It’s a tall, narrow thing that forces foam to form at the top. The secret, it seems, is to boil the elixir long enough for the foam to get thick. The coffee is not strained, so the cup begins with the grounds floating on top, and then they slowly settle to the bottom.
Merely brewing the perfect cup may not be enough to impart the medicinal effects, though. You also may need to sip the brew Icarian style in order to reap the medicinal effects. Unlike the typical grab-a-cup-and-gulp approach so common in the US, the Greek coffee ritual involves extremely slow sipping, with one cup typically lasting a few hours.
You may wonder if there’s something about living in a culture that promotes two-hour coffee breaks that contributes to the longevity factor, and that’s certainly a possibility. On the other hand, the coffee itself just may possess some magic.
Study director Dr. Gerasismos Siasos says, “Boiled Greek type of coffee, which is rich in polyphenols and antioxidants and contains only a moderate amount of caffeine, seems to gather benefits compared to other coffee beverages.” The research did not contain a comparison of the nutrients in Greek coffee compared to other blends, but perhaps boiling it and capturing the steam enhances the delivery of those antioxidants and polyphenols.
That said, even regular coffee seems to have benefits. A few years ago we reported research indicating that coffee offers protection against stroke. Other recent research concludes that coffee protects against Type II Diabetes, irregular heart rhythm, Alzheimer’s Disease, respiratory disease, and liver cancer. And another study, this one of 400,000 individuals, also found that those who drank a few cups of coffee daily got a 10 percent longevity boost.
http://www.jonbarron.org/anti-aging/live-longer-greek-coffee 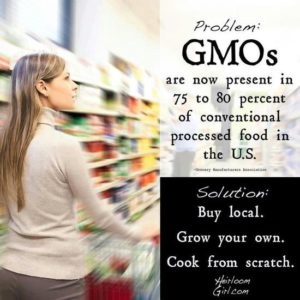 If You’re Dumping A Ton Of Pages On The Web, Do It Gradually, Says Matt Cutts
http://www.webpronews.com/if-youre-dumping-a-ton-of-pages-on-the-web-do-it-gradually-says-matt-cutts-2013-04

Avoid buying from the seed companies affiliated with Monsanto. Here’s a list:
http://www.seminis.com/global/us/products/Pages/Home-Garden.aspx
Buy from this list of companies Monsanto HASN’T bought and are not affiliated or do business with Seminis: http://www.occupymonsanto360.org/2012/03/06/monsanto-free-seed-companies/
Avoid certain heirloom varieties because Monsanto now apparently owns the names. This article lists the seed varieties to avoid: http://www.occupymonsanto360.org/2012/03/17/monsanto-owned-seednames/
Ask seed companies if they have taken the Safe Seed Pledge. Here’s a list of companies that have done so: http://www.councilforresponsiblegenetics.org/ViewPage.aspx?pageId=261
Continue Reading: http://www.disinfo.com/2013/04/how-to-keep-your-home-garden-monsanto-free/

a botnet using more than 90,000 IP addresses is launching brute force password attacks against WordPress accounts that have ‘admin’ set as a username.
http://www.scmagazine.com.au/News/339938,wordpress-botnet-targets-admin-accounts.aspx

Hydrogenated oil was first invented in 1903 for Soap. In 1911 Proctor and Gamble came out with Crisco. No one would buy it so they gave it away. After 1914 big companies became big successes because they found that with hydrogenated oil in their product it could sit on the shelves for months at room temperature, and it was cheap. This meant big profits.
A dramatic increase in disease was apparent during the 30’s and 40’s. First was a new disease that seemed like diabetes but was not caused by a deficiency of insulin. The medical profession did not know what caused the insulin to be resistant. They were perplexed to what was this new disease and labelled it Diabetes II.
The next dramatic increase was heart disease and then cancer.
While hydrogenated oil can’t be blamed for everything it may have been the beginning of the end of food that your body can use. Food is no longer produced for health, it is produced for profits. The trouble is that what is profitable and what is healthy are often 2 different things.
Hydrogenated oils increase free radicals in your body. Free radicals are not a good thing.
When scientist are looking for nuclear radiation in disasters they are measuring the presence of free radicals. Think about it.
Here are some foods you might have in your house right now that are terrible because they are loaded with free radicals.
Boxed mixes: Cake, biscuit, pancake and cornbread
Snacks: Cakes, cookies, crackers, microwave popcorn
Instant food: Mashed potatoes
Dried seasoning mixes
Frostings
Shortening (think Crisco)
Margarines
Taco shells
Frozen meals
French fries
Frozen fast food meat or seafood products (i.e. fish sticks)
Microwave popcorn
Chips
Pasta mix
Breakfast cereals
Low fat ice creams
Think IF IT HAS A LONG SHELF LIFE IT DECREASES MY SELF LIFE.

I have not watched this yet but the title interested me, considering I know so many people who are gluten intolerant.
https://www.youtube.com/watch?v=IvUgcLQOUSA#!

In British Columbia, pacific salmon are an essential species for the ecosystem. They fill hundreds of streams and rivers, feeding hundreds of species, including humans. Since the early 1990’s, salmon numbers have rapidly dwindled, coinciding with the introduction of farmed salmon pens.
Fish farms breed pathogens that can spread like wildfire and contaminate any wild fish swimming past. Wild salmon that died before spawning have tested positive for a number of salmon viruses, including the highly lethal “salmon influenza”.
Farmed fish, purchased in stores around British Columbia have tested positive for at least three lethal fish viruses, including the dreaded ISA virus (aka salmon flu), salmon alpha viruses, and Piscine reovirus, which causes the salmon to have a heart attack, preventing them from swimming upriver.
Dr Mercola recommends buying locally-grown foods, and wild fish only. Fish farms are a breeding ground for disease and toxic waste, and produce fish of inferior quality. Due to the dramatically increased disease risk—a natural side effect of crowding—these animals are further contaminated with drugs, and in the case of salmon, synthetic astaxanthin, which is made from petrochemicals that are not approved for human consumption.
http://articles.mercola.com/sites/articles/archive/2013/04/13/salmon-confidential.aspx