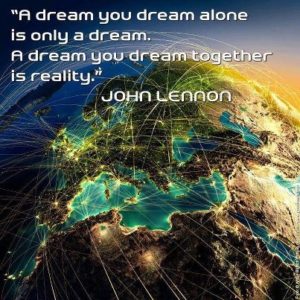 John Lennon
I used to love his music.
Now I am enjoying his wisdom. 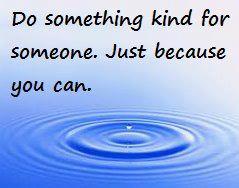 Hundreds of reports have appeared in the mainstream media in the past couple of days hyping the danger of a new bioengineered bird flu virus which is transmissible between humans as the Globalists try to condition humanity to accept a new pandemic emergency and a mass vaccination campaign with a toxic pandemic jab.
15 minute YouTube video update
Jane Bürgermeister’s blog: http://birdflu666.wordpress.com

You’ve seen my posts on the subject of vaccinations now hear from an expert on the subject.
Click here for more data and the speaking tour details.

The sad thing is, as bad as this is, the diet versions are even worse for your health. Artificial sugar is more harmful sooner to many people, if not all of us.

There was a post on Facebook about Cayenne Pepper wherein someone commented, “…you know spices like this are really medication and actually very strong drugs. It’s not healthy to eat them, they can set off extreme reactions in the body and it’s not good for the mind either. Although natural, spices and herbs should be considered drugs and only be used with great care and precaution and one should know exactly what each of them do under which circumstance.”
I have been wrong about many things in life, never as wrong as I was about spices when I thought that they were only for people with no taste buds – they needed spices becauser they could not taste their food. But then I learned a few things about spices that completely changed my mind.
I have never had to argue for the use of herbs and spices so this is not necessarily a well reasoned or sequential argument. But here goes.
Every food ingredient you eat (fruit, vegetable, seed, nut, herb, spice, meat, fish, fowl or grain), every artificial additive, every pesticde residue, every chemical food preservative or flavour enhancer has an effect on the body, good or bad. So every food ingredient has an ability to maintain, improve or worsen one or more functions of the body. That’s what a medicine does too. It maintains or alters one or more functions of the body. So, every food, herb or spice has medicinal properties.
Discussing diet with a doctor once he told me his opinion was that nobody should ever eat anything without a doctor’s approval. He had obviously seen enough damage done by poor eating habits to want to take dietary discretion away from the individual. And society is still heading down that destructive path, so I understand his viewpoint. I don’t agree with it, but I understand it. Police states never work. You cannot govern without agreement.
Anyway, back to spices and herbs.
As part of my nutritional research I read about the beneficial effect that curcumins in turmeric are responsible for – a much lower cancer rate in southern India, the fact that black and cayenne pepper increases the absorption of other nutrients and many other datums such as these too numerous to list here. As a result of understanding the health benefits of herbs and spices I must confess to changing my opinion 180 degrees such that I hold a far less extreme viewpoint on the advisability of ingesting herbs and spices than that put forward in the comment. My viewpoint is that herbs and spices are simply more potent or concentrated forms of nutrients than most other foods.
And sure, the better informed one is the better the choices one makes. Some foods are more effective in combination. For instance broccoli and chicken both have strong anti-cancer effects. Taken together their anti-cancer effect is 13 times more effective! Similar with the salmon, walnuts and watercress combination. Same with Vitamin C and E. Together they are more potent antioxidants than taken at different times.
I agree that most people are almost completely ill informed as to the ramifications, good and bad, of their basic food choices let alone what combinations work best or should be avoided. So I consider nutritional training should be more extensive and more widespread for all people.
But to liken herbs and spices with strong drugs in terms of their effect on the body when the average drug has 70 adverse side-effects, including death, is to me like throwing the baby out with the bath water.