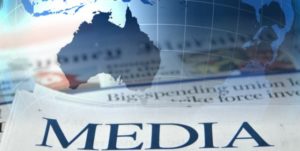 The security of pretty much every computer on the planet has just gotten a lot worse, and the only real solution — which of course is not a solution — is to throw them all away and buy new ones.
On January 3, researchers announced a series of major security vulnerabilities in the microprocessors at the heart of the world’s computers for the past 15-20 years. They’ve been named Spectre and Meltdown, and they have to do with manipulating different ways processors optimize performance by rearranging the order of instructions or performing different instructions in parallel. An attacker who controls one process on a system can use the vulnerabilities to steal secrets elsewhere on the computer.
This means that a malicious app on your phone could steal data from your other apps. Or a malicious program on your computer — maybe one running in a browser window from that sketchy site you’re visiting, or as a result of a phishing attack — can steal data elsewhere on your machine. Cloud services, which often share machines amongst several customers, are especially vulnerable. This affects corporate applications running on cloud infrastructure, and end-user cloud applications like Google Drive. Someone can run a process in the cloud and steal data from every other user on the same hardware.
I am sure people thought me weird and old fashioned because I would not subscribe to the Cloud philosophy. This is exactly one reason why. – Tom)
Information about these flaws has been secretly circulating amongst the major IT companies for months as they researched the ramifications and coordinated updates. The details were supposed to be released next week, but the story broke early and everyone is scrambling. By now all the major cloud vendors have patched their systems against the vulnerabilities that can be patched against.
https://www.schneier.com/crypto-gram/archives/2018/0115.html 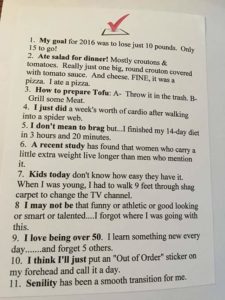 Someone had a rough year! 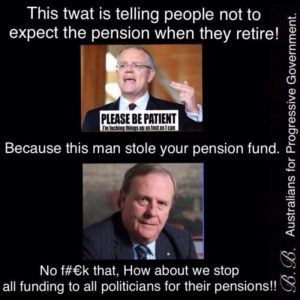 If politicians created the fiscal mess they should be responsible for helping correct it!

From a girl who lost her battle to cancer – age 27.
http://www.homesluxury.net/dying-womans-heartbreaking-letter-world/ 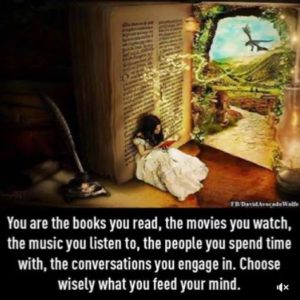 Ruth: Hi! Jeannie.
Jeannie: Hi! Ruth. How’d you die?
Ruth: I froze to death.
Jeannie: How horrible!
Ruth: It wasn’t so bad. After I quit shaking from the cold, I began to get warm & sleepy, and finally died a peaceful death. What about you?
Jeannie: I died of a massive heart attack. I suspected that my husband was cheating, so I came home early to catch him in the act. But instead, I found him all by himself in the den watching TV.
Ruth: So, what happened?
Jeannie: I was so sure there was another woman there somewhere that I started running all over the house looking. I ran up into the attic and searched, and down into the basement. Then I went through every closet and checked under all the beds. I kept this up until I had looked everywhere, and finally I became so exhausted that I just keeled over with a heart attack and died.
Ruth: Too bad you didn’t look in the freezer — we’d both still be alive!

A farmer went out one day and bought a brand new stud rooster for his chicken coop. The new rooster struts over to the old rooster and says,
‘OK old fart, Time for you to retire.’ The old rooster replies, ‘Come on, surely you cannot handle ALL of these chickens. Look what it has done to me, can’t you just let me have the two old hens over in the corner?’
The young rooster says, ‘Beat it: You are washed up and I am taking over.’
The old rooster says, ‘I tell you what, young stud. I will race you around the farmhouse. Whoever wins gets the exclusive domain over the entire chicken coop.’
The young rooster laughs. ‘You know you don’t stand a chance, old man. So, just to be fair, I will give you a head start..’
The old rooster takes off running. About 15 seconds later the young rooster takes off running after him.
They round the front porch of the farmhouse and the young rooster has closed the gap.
He is only about 5 feet behind the old rooster and gaining fast! The farmer, meanwhile, is sitting in his usual spot on the front porch when he sees the roosters running by.
The Old Rooster is squawking and running as hard as he can.
The Farmer grabs his shotgun and – BOOM! – He blows the young rooster to bits. The farmer sadly shakes his head and says, ‘Dammit… …third gay rooster I bought this month.’
Moral of this story? …
Age, skill, wisdom, and a little treachery always overcome youth and arrogance!
OLD GUYS RULE! (don’t mess with us) 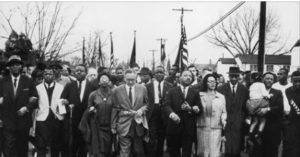 Disagree with injustice, out ethics and immorality. Make some necessary trouble!
Robyn O’Brien says:
“Necessary trouble” I love that term, though, as anyone who does disruptive work knows, it is not always easy.
But if you want to make a difference, lean into it with your whole heart, with kindness and with hope.
http://time.com/5087349/why-getting-into-trouble-is-necessary-to-make-change/