People appear to die at rates 20 percent or more above normal for weeks after receiving their second Covid vaccine dose, according to data from a huge Swedish study.

The figures are buried in a preprint paper on vaccine effectiveness released last month. The headline finding of the paper was that protection against Covid, including severe cases, plunged after six months.

The researchers did not explicitly examine deaths from all causes – which have risen since the summer in many countries that have highly vaccinated populations. 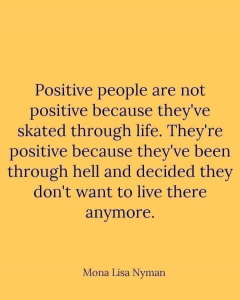 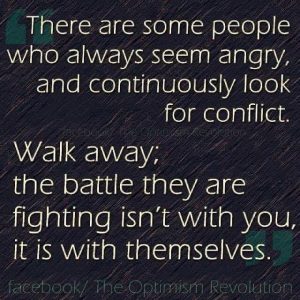 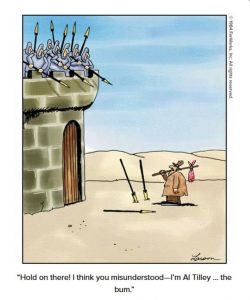 Drew Cohen wrote: This was the very first Far Side I ever saw. I remember seeing it in the NY Daily News and it took me a moment to fathom what was going on, having never seen the strip before and therefor not expecting its unique sensibility. No humor is better than the clever (but not TOO clever) line that takes you a second to take in, understand, and then fully comprehend. I was hooked on Day 1. You never forget your first. Thank you Mr. Larson! 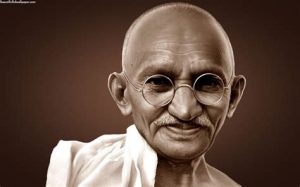 When Mahatma Gandhi was studying law at the University College of London, a professor by the name of Peters disliked him intensely and always displayed animosity towards him. And because Gandhi never lowered his head when addressing him, as he expected, there were always ‘arguments’ and confrontations.
One day Mr Peters was having lunch at the University dining room when Gandhi came along with his tray and sat next to him.
The professor said, “Mr Gandhi, you do not understand. A pig and a bird do not sit together to eat. “Gandhi looked at him as a parent would a rude child and calmly replied, “You do not worry, professor. I’ll fly away”, and he went and sat at another table.
Peters, red with rage, decided to take revenge on the next test paper, but Gandhi responded brilliantly to all questions.
Unhappy and frustrated, Mr Peters asked him the following question: “Mr Gandhi, if you were walking down the street and found a package, and within was a bag of wisdom and another bag with a lot of money, which one would you take?”
Without hesitating, Gandhi responded, “The one with the money, of course.”
Mr Peters, smiling sarcastically, said, “I, in your place, would have taken the wisdom.”
Gandhi shrugged indifferently and responded, “Each one takes what he doesn’t have.”
Mr Peters, by this time, was fit to be tied. So great was his anger that he wrote on Gandhi’s exam sheet the word “idiot” and handed it back to him.
Gandhi took the exam sheet and sat down at his desk, trying hard to remain calm while he contemplated his next move. A few minutes later, Gandhi got up, went to the professor and said to him in a dignified but sarcastically polite tone, “Mr Peters, you autographed the sheet, but you did not give me a grade.” 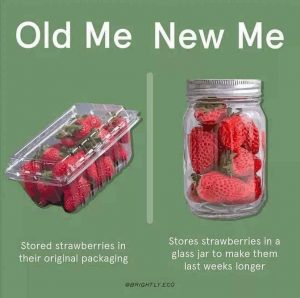 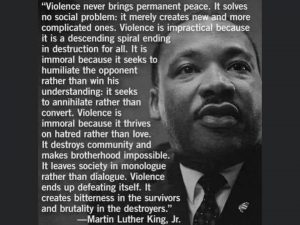 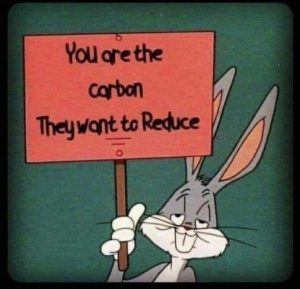 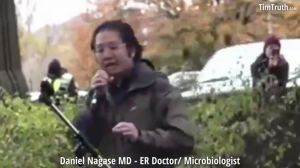 Well worth a listen. 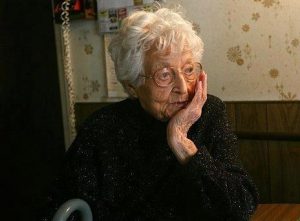 After 21 years of marriage, my wife told me to take another woman out to dinner and a movie. She said, “I love you, but I know this other woman loves you and would love to spend some time with you.”

The other woman that my wife wanted me to visit was my MOTHER, who has been a widow for 19 years, but the demands of my work and three children made visiting difficult.

That night I invited her to go out for dinner and a movie. “What’s wrong, are you well?” she asked.

My mother is the type of woman who suspects that a late night call or a surprise invitation is a sign of bad news. “I thought that it would be pleasant to spend some time with you,” I responded. “Just the two of us.” She thought about it for a moment, and then said, “I would like that very much.”

That Friday after work, as I drove over to pick her up I was a bit nervous. When I arrived at her house, I noticed that she, too, seemed to be nervous about our date. She waited in the door with her coat on. She had curled her hair and was wearing the dress that she had worn to celebrate her last wedding anniversary. She smiled from a face that was as radiant as an angel’s. “I told my friends that I was going to go out with my son, and they were impressed,” she said, as she got into the car. “They can’t wait to hear about our meeting.”

We went to a restaurant that, although not elegant, was very nice and cozy. My mother took my arm as if she were the First Lady. After we sat down, I had to read the menu. Her eyes could only read large print. Half way through the entries, I lifted my eyes and saw Mom sitting there staring at me. A nostalgic smile was on her lips. “It was I who used to have to read the menu when you were small,” she said. “Then it’s time that you relax and let me return the favor,” I responded. During the dinner, we had an agreeable conversation – nothing extraordinary but catching up on recent events of each other’s life. We talked so much that we missed the movie. As we arrived at her house later, she said, “I’ll go out with you again, but only if you let me invite you.” I agreed.

“How was your dinner date?” asked my wife when I got home. “Very nice. Much more so than I could have imagined,” I answered.

A few days later, my mother died of a massive heart attack. It happened so suddenly that I didn’t have a chance to do anything for her. Some time later, I received an envelope with a copy of a restaurant receipt from the same place mother and I had dined. An attached note said: “I paid this bill in advance. I wasn’t sure that I could be there; but nevertheless, I paid for two plates – one for you and the other for your wife. You will never know what that night meant for me. I love you, son.”

At that moment, I understood the importance of saying in time: “I LOVE YOU” and to give our loved ones the time that they deserve. Nothing in life is more important than your family. Give them the time they deserve, because these things cannot be put off till “some other time.”