Skip to content
Hi Tom –
Eleven days from now, the U.S. government’s most powerful mass surveillance law will expire. But instead of seizing the opportunity to rein in some of the government’s worst abuses, Congress is poised to make a bad situation even worse.
It’s critical that every one of us calls our House representatives to stop a dangerous expansion of warrantless government surveillance. https://www.aclu.org/issues/national-security/privacy-and-surveillance/tell-congress-stop-spying-without-warrant
In 2013, I shared documents with journalists that revealed the breathtaking scope of the United States’ mass surveillance programs, sparking global outrage and historic reforms. But Congress has failed to reform Section 702, and some members are working to drastically expand its powers. The government uses that law to collect our emails, text messages, phone calls, and more. It can be used to target journalists, human rights activists, and ordinary citizens who have done nothing wrong, without meaningful oversight.
I’ve made it clear that I don’t think any administration should have this power over its people. But the thought of this kind of unchecked power in the hands of the Trump administration, which has made clear its desire to abuse the government’s surveillance systems, is chilling.
The time to act is now. Pick up the phone today and tell Congress America won’t accept mass warrantless surveillance.
The last time a major surveillance law was set to expire, the people organized to demand reform – and they got it. This time, the House is rushing this bad bill through Congress in the hopes no one will notice.
But we have noticed. Let’s remind our leaders what can happen when we have a say in how we’re governed.
Make a call to protect our country from abusive government surveillance.
Thanks for stepping up to act,
Edward Snowden
ACLU client, fighting for surveillance reform 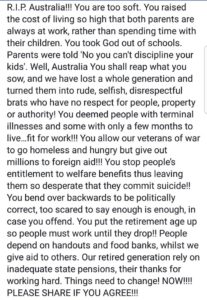 To fix something you must first recognise that there is a problem.

Hopefully you will agree, the above represents a real problem in logic, in fairness and in sanity.

Then there must be an accurate assessment of how the problem was caused.

There must then be a means and the wherewithal and the courage to change what causes the conditions that led to the problem.

I believe that the above conditions are caused by having career polititians serving the agenda of the few rather than the best interests of their constituents.

This will not change while we continue to elect those from the two main parties.

To fix the problem, stop electing those who are beholden to the party above their constituents! 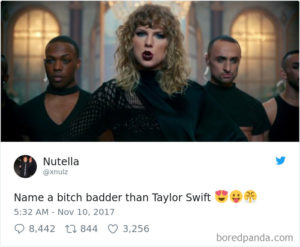 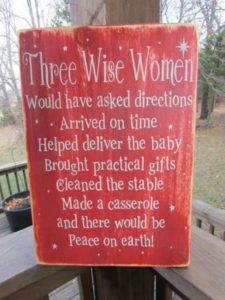 This girl makes a good point! 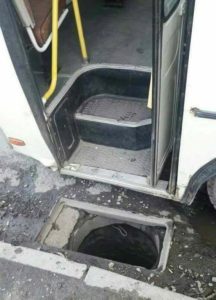 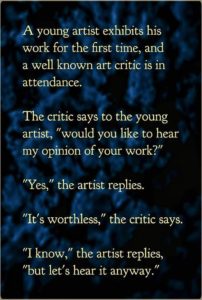 Love it! This is SO true! 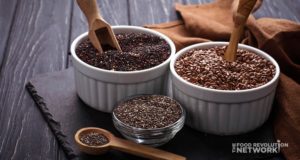 Here are some antioxidant, antiinflammatory foods you should be getting each day. I have them in my bars and powders if you want an easier, simpler way to incorporate them into your regular eating plan.
https://foodrevolution.org/blog/anti-inflammatory-diet-foods-that- 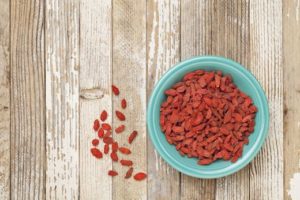 6 of these are in my top bars and powders!
http://www.foodmatters.com/article/top-8-superfoods-that-heal-your-entire-body