The feds have, without any explanation, removed data about court adjudications. Why would they do this? Because without this information, you can’t know all the people who are winning vaccine injury lawsuits.
(via wnd.com) Former CBS investigative journalist Sharyl Attkisson found in March, “the federal government removed the latest vaccine injury court statistics – more than a year’s worth of data – from one of its publicly reported charts … an abrupt departure from the normal practice of updating the figures monthly.”
The data scrub means the government’s “adjudication” chart no longer shows the most recent statistics – and that information drop comes as more and more plaintiffs alleging their children were harmed by vaccines are winning their cases, Attkisson said.
The heat is on for them, mainly because since early 2014, twice as many vaccine injury victims have won twice as many decisions then in the previous 8 YEARS!
(via wnd.com) “Since January of 2014, twice as many victims have won court decisions than the previous eight years combined,” she wrote on her personal website. “In these court decisions, a judge ruled the evidence showed vaccines ‘more likely than not’ caused the plaintiff’s injuries.”
So yeah, this sounds like its really on the up and up. Covering up the amount of court ordered victories is very telling of the level of desperation there is to protect revenue driven vaccine business. Completely deleting data in an effort to cover up the truth which so many of us already know.
http://edgytruth.com/2015/06/02/feds-hiding-key-vaccine-facts-mainly-vaccine-injury-winning-cases/# 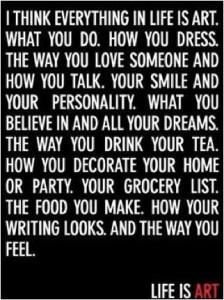 Australia is falling in line with Anglo-American war plans aimed at Russia and China intended to stymie the rapidly flourishing New Silk Road Economic Belt.
Following the US media stunt surveillance flyover of the Spratly Islands in the South China Sea on 21 May—the beginning of the current blow-up—the Australian government is now reported to be considering our own “freedom of navigation” provocation, by sending our own ship or planes to within 12 miles of the Chinese-administered territory of the disputed Spratly islands. At the 29-31 May Shangri-La dialogue in Singapore, Australian Defence Minister Kevin Andrews warned China to stop its efforts to reclaim the islands.
The US insists its provocations are designed to show that it does not consider China’s claims legitimate, and to put an end to China’s alleged “aggressive” behaviour. The Wall Street Journal betrayed the actual—and entirely fraudulent—concern of the US on 26 May, saying, “China, Russia and Iran are taking advantage of American retreat to assert political and (perhaps eventually) military dominance over their corners of the globe. They share a goal of reducing US influence, bending neighbors to their political will, and ultimately using that regional base of power to diminish the global sway of Western democracies, especially the US.
“Perhaps the greatest long-term regional threat is a rising China with its rapid economic growth and desire to restore the Middle Kingdom to what its leaders see as their rightful dominance in East Asia.” (Emphasis added.)
China’s oft-stated “win-win” approach of mutual collaboration with any willing nation points to quite the opposite, however. At a joint press conference with President Obama at the APEC summit in Beijing in November 2014, Chinese President Xi Jinping even urged the US to join China in Asia Pacific development, citing the Asian Infrastructure Investment Bank (AIIB) and the Silk Road as examples of Chinese initiatives. The non-response of the US was a clear “no”.
What’s more, China’s artificial island building activity in the region is an overblown pretext. As major press across the world have had to admit, all but one nation with a claim has been doing the same—including military fortification—just not at the same rate as China.
China’s posture in the South-China sea is defensive, not offensive, prompted by Obama’s Asia Pivot to “contain” China. The Chinese maintain their interest in the islands is industrial; if there is a military ulterior motive, it is a pre-emptive defence against any moves by the US to shut down the Malacca Straits to cut China off from its all-important energy imports. A new military strategy paper released on 26 May—which stresses China’s “win-win” approach in international relations—raises the threats to China of “hegemonism, power politics and neo-interventionism”, noting the “rebalancing” strategy of the US in particular. “It is thus a long-standing task for China to safeguard its maritime rights and interests”, it concludes.
In an interview with the Wall Street Journal on 28 May, the Chinese Ambassador to the US, Cui Tiankai, noted that China, more than any other nation, desires freedom of navigation to protect its massive trade routes. “What the US is doing,” he said, “has given rise to a lot of questions in China. Why are they overreacting? Why are they reacting like this? Why are they sending more and more military ships, airplanes for close-in reconnaissance activities so close to China? What is the real intention?”
Many voices concur that provoking China can lead to world war. Even leading Australian news site news.com.au carried a 28 May article which cited a tweet from US military analyst John Schindler, who relayed the comment of an active non-American NATO official last week: “Probably be at war this summer. If we’re lucky it won’t be nuclear.” That’s summer in the Northern Hemisphere, i.e. now.
The root cause of World War I was Britain’s efforts to contain cross-continent collaboration for development, particularly rail-development, and especially across Eurasia, which threatened the maritime power on which the British Empire was based. Now, the combination of the rapid expansion of China’s push for the Silk Road Economic Belt and Maritime Silk Road, and the collapse of the trans-Atlantic financial order, means the threat to the now Anglo-American empire has never been greater.
At the Asia-Europe Meeting (ASEM) on 27 May Chinese Vice Premier Zhang Gaoli announced a stepping-up of China’s development plans, revealing that China intends to invest $900 billion in the One Belt and One Road initiative, to develop the 64 nations lying along and between the designated trade routes.
A recent spate of articles in the European and US media has called for the US and Europe to join in with China’s stunning initiative, calling it “an opportunity not a threat”, “a revolutionary change in the economic map of the world”, and declaring that “an economic force is sweeping along the Silk Road”.
What will Australia, China’s regional neighbour and major trading partner, choose—development or war?
Click here to endorse the CEC’s petition: Australia must secure its future by aligning with the BRICS in a new, just world economic order.
http://cecaust.com.au/main.asp?id=BRICS-petition.html

I am surprised this woman is still alive.
https://www.youtube.com/watch?v=oMcZx797cvs