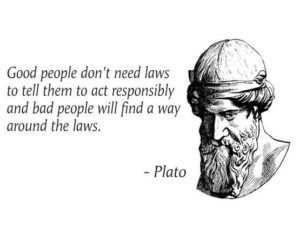 I have been of this mind for some time.
Maybe for not quite as long as Plato.

Pyramids under the waters near Cuba were discovered by two scientists Paul Weinzweig and Pauline Zalitzki. They found the ruins of ancient buildings about a mile below the sea.

Paulina found elsewhere in Cuba ancient descriptions and symbols that was identical to those on the waterfront structures below.

the two scientists used submarines to locate and explore these pyramid structures. They found a written language engraved on the stones.

The U.S. government discovered the alleged place during the Cuban missile crisis in the sixties, Nuclear submarines cruising in the Gulf (in deep sea) met pyramid structures. They immediately took control in order that it will not come to Soviet hands. Or so the story goes.

A whistleblower from the army, that used to serve in Montego Bay told they are still working on the site and recovering objects and instruments.

This area in Cuba has not been above water in less than 10,000 years ago.

Underwater City Off of Cuba Part 1 (The Discovery)
http://www.youtube.com/watch?v=klRbcEnLPbU

About seven years ago the news went around the world and all over the net. National Geographic published an article on their web site and had plans to cover the whole story and follow up with more invertigations. In 2005 they walked out of the deal. Some say it had to do with Cuba/USA relationship and other believe it goes “DEEPER” than that. Paulina says she needs $2,000,000.00 to go back and drill through the pyramids and see what is inside. She wants to recover artifacts. She has now moved over to other projects near Mexico because she needs to make a living.

Underwater City Off of Cuba Part 2 (An Update)

Despite some degree of publicity, these outrageous findings have still not been publicized for the outside world. On this second part you will get to see Zelitskys pyramid, from submersible view, compared with Bent Pyramid of Dashur. You will also see the link to see two short videos of to monoliths or pyramids.

Underwater city at cuba found at 2001 but no publicity like Japan underwater buildings…why?

Look at these extremely harsh numbers from a recent study at the National Cancer Institute.
When the eight and a half year study started, not one of the 240,000 people, aged 50-71 years, had cancer or heart disease.
Even if they exercised every day, those who were sedentary for more than 7 hours a day had a 61% higher risk of dying from cardiovascular disease. They also had a 22% higher risk of dying from cancer compared to those who were sedentary for less than an hour a day.
Don’t exercise at all and your risk goes through the roof – a 47% greater risk of dying from all causes and a 100% greater chance of dying from cardiovascular disease.
Bet even daily exercise does not fully protect you. Sitting for prolonged periods is to be avoided as if your life depended on it – because it does! So get off your chair once an hour for even only a few minutes.
If you want to make sure you get back to work in under 5 minutes, here’s a tip. Prepare a list of two to five minute jobs that require you to get off the chair and do one each hour.

Paul Francois, a French farmer sued Monsanto after he suffered neurological problems including memory loss, headaches, and stammering after inhaling the company’s Lasso weedkiller in 2004. He cited insufficient product label warnings as part of the problem.
http://www.care2.com/greenliving/monsanto-charged-with-chemical-poisoning.html

I know I have posted this data before but it is worth revisiting, especially now it is Spring here in Oz.
http://fitness.mercola.com/sites/fitness/archive/2012/10/05/exercising-in-fasted-state.aspx 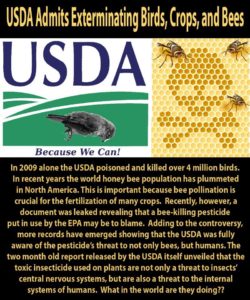 If we experienced a disaster, how prepared are you? Do you have a kit bag that contains the vital necessities to sustain life for a week if you had to bolt and run?
Here is a site that provides various option for you to equip yourself to do just that.
http://www.exitkitsaustralia.com.au/
This morning I was talking to Rick, the owner. He has an instrument that measures the amount of background radiation in his environment. The conversation turned to the nuclear disaster at Fukashima. He told me that since then the background radiation has risen from a reading of .008 to an average of .2, sometimes peaking at .5 and this is in Australia!

GMOs Do This To Corn 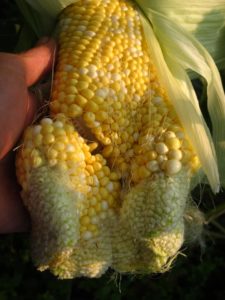 and this to rats

which is what these researchers discovered. And look what happened to them! 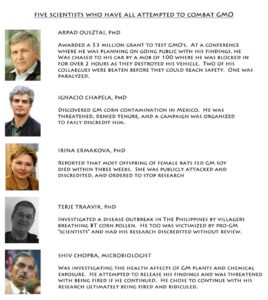 Do you really want them in your baby food?

You’ve got to be stark, staring mad!
Call it ignorance, evil or insanity.
Or all three.
Insanity to experiment with it.
Evil to market it without adequate testing.
Ignorance to consume it.
Spread the word.
Friends don’t let friends stay ignorant.

People who cooked with a blend of sesame and rice bran oils saw a significant drop in blood pressure and improved cholesterol levels, according to new research presented at the American Heart Association’s High Blood Pressure Research 2012 Scientific Sessions.
http://www.sciencedaily.com/releases/2012/09/120919190151.htm