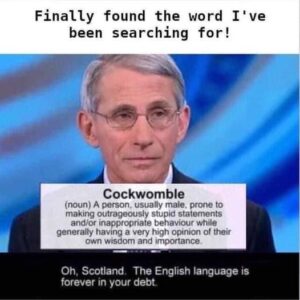 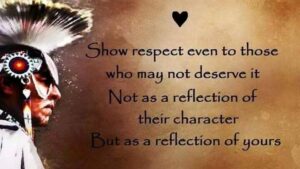 Sometimes I see memes and I think to myself I could do better at applying that! 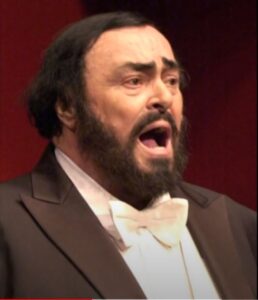 The high notes reached by Joan Sutherland have to be heard to be believed!

Bolsonaro says it’s his ‘dream’ to open up the Amazon rainforest for mining, but for the Indigenous People who call it their home, it’s a nightmare.

Ripping up the land to mine for gold and diamonds will devastate the precious ecosystems and the Indigenous communities who have protected these sacred lands for years.

Bolsonaro wants to rush his plan through Congress in the next few weeks, so we have to act fast.

If we can show Brazil’s politicians that the whole world is watching as they’re deciding the Amazon’s fate, we can stop this senseless destruction.

Thirty years ago Brazil’s constitution put these Indigenous lands out of bounds.

But ever since Bolsonaro came to power, mining giants and small-time prospectors have been clamoring to get their hands on the Amazon’s treasures. Unless we stand-up and stop Bolsonaro’s plan, this could be their golden ticket.

Now those fighting on the frontlines, like our allies at the Articulation of Indigenous Peoples of Brazil and the Pariri Indigenous Association need our help. Let’s stand with them in their hour of need.

Add your name: Stand with the Indigenous People of the Amazon!

There was a king and he once said to the court sages – I have a ring with one of the finest diamonds in the world and I want to hide a message under the stone that can be useful in a situation of extreme despair. I will give this ring to my heirs and I want it to serve faithfully. Think of what kind of message will be there. It must be very short to fit in the ring.

The sages knew how to write treatises, but did not express themselves in one short sentence. They thought and thought, but did not come up with anything.

The king complained about the failure of his venture to a faithful old servant who raised him from infancy and was part of the family. And the old man said to him:

“I’m not a sage, I’m not educated, but I know such a message. For many years spent in the palace, I met a lot of people. And once I served a visiting mystic whom your father invited. And he gave me this message. I ask that you don’t read it now. Save it under the stone and open it only when there’s no way out at all.

The king listened to the old servant.

After some time, the enemies attacked the country and the king lost the war. He fled on his horse and his enemies pursued him. He was alone, his enemies were many. He rode to the end of the road. There was a huge deep cliff before him, if he fell there, it is the end. He could not go back, as the enemies were approaching. He already heard the clatter of their horses’ hooves. He had no way out. He was in complete despair.

And then he remembered the ring. He opened it and found an inscription: “This too shall pass”

After reading the message, he felt that everything was quiet.

Apparently the pursuers got lost and proceeded in the wrong direction. Horses were no longer heard.

The king was filled with gratitude to the servant and the unknown mystic. The words were powerful. He closed the ring. And set out on the road. He gathered his army and returned his state.

On the day when he returned to the palace, they arranged a magnificent meeting, a feast for the whole world – the people loved their king. The king was happy and proud.

An old servant came up to him and said softly: “Even in this moment, look at the message again.”

The King said, “Now I am a winner, people are celebrating my return, I’m not in despair, not in a hopeless situation.”

“Listen to this old servant,” the servant answered. “The message works not only in moments when everything is bad, but also in moments of victory.”

The king opened the ring and read:

“This too shall pass.”

And again he felt a silence fall over him, although he was in the midst of a noisy dancing crowd. His pride dissolved. He understood the message. He was a wise man.

And then the old man said to the king; “Do you remember everything that happened to you? Nothing and no feeling is permanent. As night changes day, so moments of joy and despair replace each other. Accept them as the nature of things, as part of life.”

“It’s completely unacceptable for either the government or the private sector to impose upon you the requirement that you show proof of vaccine to just simply be able to participate in normal society,” DeSantis had said at a press conference Monday.