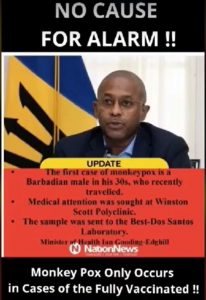 Correction to the quoted page number. It is page 31 in the PDF. 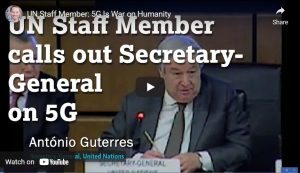 A UN staff member Claire Edwards informs the UN Secretary General of the harm resulting from 5G and wireless proliferation.

The biological effects of EMF radiation are amply documented.

We may be facing a global health catastrophe of the order of magnitude well in excess of tobacco and cigarettes.

5G is designed to deliver concentrated and electronic radiation. 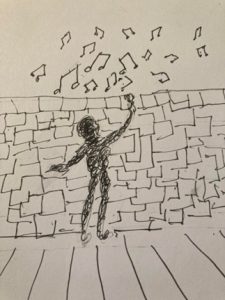 The Music Past The Wall

This morning before daybreak sitting on my patio, I tried again to see beyond and hit the same barrier. I just don’t know how to reach beyond what I now know and know I should be able to reach another level of awareness and knowingness, for it is there, waiting for me to be able to understand, and I just cannot reach it. So I wrote this. There really is a wall, self-imposed or other imposed back in time, to limit our limitless abilities. I want to go back home and make some music there again.

There is a Wall
There is a wall
That I am nearly tall enough to see over
I can faintly hear the music
Being played on the other side
Like no music I have ever heard before on this side of the wall
And others here cannot seem to hear those melodies and harmonies so some think I am crazy but I don’ care
I somehow know I played it
Myself over there
But I cannot find a way back over or around the wall
How did I lose my way? Or why?
I spent my life searching to find the way back
I am so weary of this tuneless plane and make the most of
my days searching and knowing one day I will cross back over
When I have proven my worth if that is the ticket
To cross over and join the band beyond the wall.

When is your best time and place to fully connect with your “higher self”. I sometimes get the impression I am operating on two planes, this one here on Earth: a Spirit, Mind and Body combination we know as a person, the other is “up there” without my body.

Sometimes I feel like I “connect” with my higher self and see things with new clarity or have a realization.

For me the best time is very first thing after I awake. If I lie there and just let my thoughts take me where they will or put my attention on an area and get into communication with it, sometimes magic happens.

Spot your “best time” and invest some time there.

A great read. Long but SO worth it. I consider it vital that we read and understand the mechanisms described therein but more importantly, to act on the suggestion at the end.

Come back and read the next paragraph AFTER you have read the article.

One of the fears I suspect many have is that if they stand up against the first small tyranny they will be derided, ridiculed, ostracized and “made an example of”. To counter that, get your friends and associates to read the above article and get on board with maintaining freedom as a priority.

They Thought They Were Free

How they Plan to Bankrupt Us All

Some hard truths from Vernon Coleman. We need some serious strategies to navigate these perilous waters…

“It all begins, of course, with the Global Reset, which doesn’t include any provision for private property – unless you’re already a billionaire or a member of the British royal family. They don’t want us to own anything because people who own a home or a pension or who have a few quid in the bank have an unacceptable tendency to assume that they are free citizens. They want to remove every last vestige of our independence and they’ll be ruthless.

(If you don’t believe me check out the Agenda 21 promotional guff, as published by the United Nations. And take a look at Pope Francis’s words on private property.)

So, how are they planning to take away our private property?

First, of course, crashing the global economy has damaged the value of any investments you may have. Unless you work for the State and have one of their protected pensions your retirement fund will have been savagely damaged. Wrecking the economy was deliberate; it is part of the Agenda 21 plan. Billionaires such as Gates and Musk did amazingly well during 2020 – their wealth grew massively. Remember the Rothschilds at the end of the Battle of Waterloo? They tricked all the other traders into thinking that Napoleon had won and then cleaned up and made a huge fortune.

Second, they have reduced interest rates to a level never seen before. If you have a million pounds sitting in your Government savings account, the annual interest will just about buy you a tankful of petrol. (As long as you only have a small car).

Third, the crashing economy will destroy millions of jobs. The United Nations said in 2020 that 50% of all jobs are going to disappear, and we can trust them because it’s their game, their ball and their packet of sandwiches. Those without jobs will have to rely on government handouts – renamed the universal basic income.

Fourth, if you own your own home, or think you do, or you own part of it, then you’re in trouble. Interest rates are going to remain the lowest in history for a while – to make sure that those with savings see their savings slowly disappear. And then interest rates will go up. Not a bit. But a lot. And when interest rates are up to 8, 9 or 10 per cent – or even higher – imagine what mortgage payments will reach. They’ll be even higher. And most people won’t be able to afford to keep their homes. That will be the end of private home ownership and another step towards the Great Reset.

Fifth, why are interest rates going to soar? Well, because inflation is high and interest rates will rise to try to bring inflation down. (Remember too, that high rates of inflation also destroy any savings that people have hung onto.)
Oh, and there is a sixth trick up their sleeve: taxes.

Governments everywhere have been throwing money around with great joy. Ten billion here, a hundred billion there. They’ll need to replenish the coffers and pay off the debts. And so taxes are going to rise. They’ll invent new taxes you’ve never dreamt of – and the main aim will not just be to raise money but to impoverish everyone.

They don’t want us to own anything. It’s the plan.

And when we’re all impoverished, they will generously pay us all a universal basic income and we will then be entirely dependent on Bill Gates, Klaus Schwab and co for our daily bread. If we misbehave or criticise our masters then our payment won’t come through and our digital bank account will remain empty. That’s where the social credit system comes in.
Remember: the people controlling the system are not inept or incompetent. They are deceitful, devious and far more wicked than anything most of us have ever come across.

When I was a GP, I worked as a police surgeon for some years. I have met, examined and interviewed a number of murderers. I never met any as evil as the deceitful and devious politicians, scientists and doctors now determined to destroy everything we value – for power and money. Make no mistake about it, the end of civilisation is coming towards us at the speed of light.”

Excerpt from Social Credit: Nightmare on Your Street by Vernon Coleman 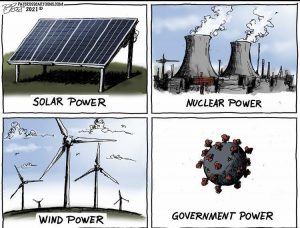 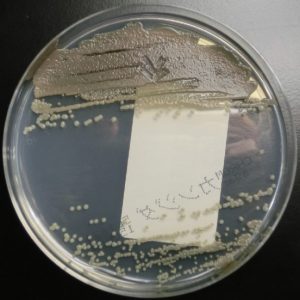 Dishwashers can (and do) introduce fungi to the kitchen environment! The story: Thirty residences with dishwashers were investigated for the presence of fungal contamination. More than 80% of the dishwashers were positive for fungus, mostly in the rubber seals but also in the side nozzles, doors and drains. In kitchens that had dishwashers, there was a higher prevalence of black yeasts (particularly a species called E. dermatitidis) throughout the kitchen, proving that having a dishwasher can spread potentially pathogenic yeasts to the home environment. E. dermatitidis can cause pulmonary (lung) infections, mostly among immunocompromised individuals. I never knew that dishwashers were supposed to be disinfected but apparently they are!

If you watch nothing else today, catch an elephant laugh!