Do you know what DEF fluid is? It’s Diesel Exhaust Fluid. Every Diesel truck that has been made since 2010 is required to use it. It’s a product made of 67% Urea fertilizer and 33% distilled water. Every diesel truck you see driving down the road today has to have this product to drive. The engines won’t start without it. There are regulators inside the engine that mix DEF with the Diesel to reduce Diesel emissions. That’s the purpose of DEF.

Right now, Russia is the largest exporter of Urea by a wide margin. Qatar is second. Egypt and China are tied for 3rd. Both Russia and China have decided to no longer export Urea. On top of that, India is the largest manufacturer of Urea in the world even though they consume most of what they make. What little they would export……….they no longer do. They are now stopping the exportation of any and all Urea minus a deal they just cut with Sri Lanka.

What does this mean for you and me? Well, first, the United States imports most of it’s Urea fertilizer. We are the third largest importer in the entire world. We depend on other countries to eat, drive and ship our products.

Secondly… Flying J is the largest Service provider for Truckers around the Unites States. I’m sure you’ve seen their massive gas stations when traveling around the country. Flying J gets 70% of their DEF fluid from shipments via Union Pacific railroad. UP has single user access to the Fertilizer plants that Urea/DEF fluid comes from. No other rail provider has access to these distribution points. This means Flying J can’t just go around Union Pacific. Union Pacific is in charge….for a reason I’m gonna mention in a few paragraphs.

Flying J provides 30% of all DEF consumed in the United States. UP has told Flying J to reduce their shipments by a whopping 50%. And if they do not comply then they will be completely embargoed. That would in effect bankrupt FJ. This means that 15% of all DEF consumed by truckers in the US is no longer available at the largest travel service center for the entire trucking industry.

Rome rotted from the inside out. It was easily invaded because it was occupied with internal problems. It appears we have discovered the Trigger. DEF fluid. If this holds up, DEF shortages will be the catalyst that causes food shortages in the coming months. Not only is there a shortage of fertilizer to grow crops in drought-stricken states (See Kansas’ drop in wheat production for 2022)….but….now it looks like, unless the Federal Government intervenes via the Defense Production Act, …which I am no longer confident they will….there is gonna be an absolute massive shortage of trucking in the coming months.

There simply isn’t going to be DEF fluid sufficient to keep the engines running and moving. Home Depot is now limiting the amount of DEF you can buy in their stores.

I would think long and hard about the decisions you are making right now. Where you live. What you spend money on. How you prepare. This is so real that the CEO of Flying J, Shameek Konar was summoned to a Surface Transportation Board hearing to give them all this info.

It appears Blackrock is spearheading the dismantling of the US system on behalf of the Globalists. And the first domino they are pushing over is the energy sector. They are using DEF to get the party started. This is one sector of the biggest downfalls in political repercussions this country has ever faced. 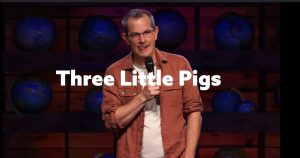 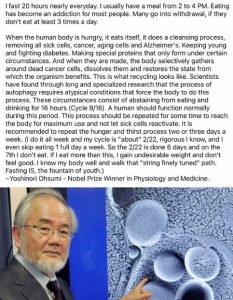 I saw an absolutely horrible, painfully cringeworthy sales pitch video for a hair loss formula. Here is the link so if you would like to try to product you can https://www.rescuehair911.com/rh911jsghv2/video.php or if you’d like to concoct a version of it for yourself, here is the list of ingredients:

I do not know how effective it is, I have not tried it myself. (Another $70 a month, for vanity – no thanks.) I have all bar one of these ingredients in my NutriBlast and have not noticed an increase in my hair!

If you try it and it works for you, please let me know! 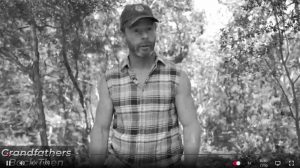 1.Iodine – T3 has 3 iodine molecules; T4 has 4. So it’s safe to say that the thyroid can’t function without iodine. T4 or (thyroxine) is 68 percent iodine by weight, and T3 (triiodothyronine) is 58 percent.
2.Selenium – A necessary cofactor in the production of thyroxine (T4), It also converts T4 to the more active form, T3. A total 11 selenium-dependent enzymes have been identified as necessary for thyroid function and thyroid hormone production. If you take iodine without selenium, you can cause selenium deficiency. If you take selenium without iodine, you can cause iodine deficiency.
3.Zinc – Required for the synthesis of thyroid hormones. Zinc deficiency can result in hypothyroidism. Thyroid hormones are essential for the absorption of zinc. The hair loss attributed to hypothyroidism may not improve with thyroid hormone replacement unless zinc supplements are added.
4.Molybdenum – Molybdenum-dependent enzymes function in the oxidative system of thyrocytes (thyroid epithelial cells). They also play an important role in T3 (thyroglobulin) release from the thyroid gland. Molybdenum also helps nitrogen metabolism.
5.Boron – Helps the conversion of the storage form of thyroid hormone, T4, to T3, the active form.
6.Copper – Plays an important role in the metabolism of the amino acid tyrosine, which is a precursor to T4 (thyroxine).
7.Chromium – Enhances insulin activity playing a major role in the regulation of insulin release and its effects on carbohydrate, protein and lipid metabolism. Conversion of T4 to T3 is influenced by insulin, so in a roundabout way, chromium helps this conversion. Chromium also assists in metabolism of carbohydrates.
8.Manganese – Required to transport the hormone thyroxine into our cells. Manganese also helps bones, connective tissues, and fat/carbohydrate metabolism.
9.Magnesium – Calcium and magnesium must be balanced in the body to ensure proper thyroid function. If there is too much calcium, thyroid hormones can become diminished. Magnesium is the regulator of calcium absorption and utilization.

If you would like a mineral supplement to ensure your intake is adequate, check this out: https://fulvicminerals.com.au/ 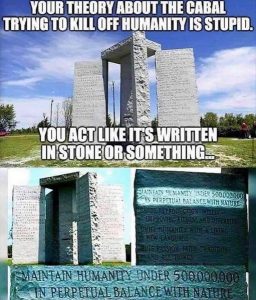 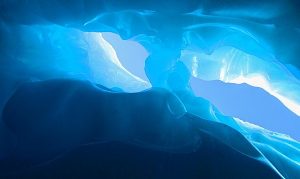 The World Economic Forum and the globalist movement it helps lead have used the “climate crisis” and the COVID-19 pandemic as pretexts for measures to redistribute the wealth of nations.

But this week, as WEF convenes is annual conference in Davos, Switzerland, the Arctic sea ice expanse so far this month is at a 30-year high, according to data from intergovernmental European Organization for the Exploitation of Meteorological Satellites, points out climate-change skeptic Tony Heller.

EUMETSAT, as the organization is known, was created through an international convention signed by 30 European nations.

The extent of Arctic ice during the warmer months long has been a metric for climate-change alarmists. In 2007, Al Gore began warning the world that scientists were predicting that by 2013, the Arctic would be ice-free during the summer.

Last September, Heller noted the Arctic Ocean had gained a record amount of sea ice for that time of year.

“Most years the Arctic loses ice, but this year ice extent has increased” more than 77,000 square miles, he wrote on Twitter, adding the news likely would not be reported by CNN, BBC News or the New York Times.

Meanwhile, the sea melt last summer was the lowest in 15 years, and the expanse of Antarctic sea was well above average. 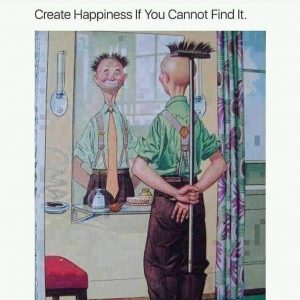 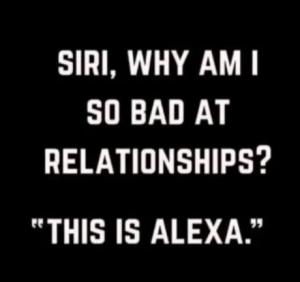