It does not have to be dramatic, spectacular or earth shattering.
Caring and communicating can do a lot more than is commonly credited.

Some of the things I give myself a pat on the back for doing pale into insignificance compared to the monumental contributions of others, like Mr and Mrs Bricker! Just look at this video to see the inspirational contribution they have made to create an absolutely remarkable young lady.
(Wet eye warning.)
https://docs.google.com/file/d/0ByFUzo9KwryWWkRwUEw4bmZNaVk/edit 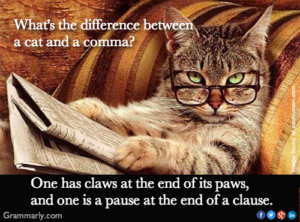 The CEC is calling on community leaders, former and current local, state and federal representatives, political candidates and party leaders, union leaders, academics, industry leaders, business leaders, and church leaders, who oppose the policy of bail-in and support a Glass-Steagall separation of banking, to endorse the following statement, which will be submitted to the Federal Government’s Financial System Inquiry.
Glass-Steagall for the Common Good!
In response to the call by the Financial Systems Inquiry (FSI) for a second round of submissions, we the undersigned submit the following statement:
The purpose of an economy is to serve the common good of all of the citizens taking part in it. That common good is a moral imperative, which ranks above the supposed rights of a “free market” to rule at the expense of the increasing impoverishment and unemployment of an ever-growing number of Australians. What is the purpose of a “financial system”, if not to serve that common good? Is it just, for instance, or moral that the speculation in derivatives by Australia’s banks led by the Big Four and Macquarie, now exceeds $24 trillion as against a GDP of only $1.6 trillion? We do not need more of the same financial deregulation which has helped cause the present crisis, both in Australia and worldwide, nor the “bail-in” of Australian depositors in order to bail-out that worthless $24 trillion.
Therefore, we as Australian citizens demand the following:
That there be no bail-in of depositors in order to “save the banks”.
That Australia must separate legitimate commercial banking functions from the speculative activities of “investment banks”, as did the Glass-Steagall law in the United States so successfully from 1933 until its repeal in 1999. Such commercial banks serving the interests of the average Australian should be backed by the government, but the speculative banks should be left on their own to sink or swim.
That to anchor such a system of private commercial banks, Australia must also establish a national bank typified by our old Commonwealth Bank, where our government directs credit into the real physical economy of agriculture, manufacturing, and infrastructure projects which provide for the common good, including employment opportunities for all.
In making this submission, we take note of the recent call by Pope Francis for a sweeping reform of the global financial system based upon the “primacy of the human person” rather than the “dictatorship of an impersonal economy lacking a truly human purpose”, and that “it is the responsibility of the state to safeguard and promote the common good of society”.
Whether one holds a professed religious outlook of any persuasion, or is simply a person of good will, those universal principles which emphasise the dignity, worth, and physical well-being of every single human being—in this case every single Australian—must be the basis upon which any financial system must be constructed.
Click here to endorse the statement. http://cecaust.com.au/main.asp?id=fsi.html
Your name and position will be included with the statement when it is submitted to the FSI.